Skipped out for a quick ride, upcoming forecast looks bad…

I’ve sort of got out of the habit of riding solo. Riding with others is generally more fun, even when they don’t ride at the same pace I would pick… but I couldn’t get away early enough to ride with the retired folks, and didn’t even try to see if anyone else could run off for half a day.

I debated running down Kapoor to scout the Walker Creek <-> Walker Lake connection I’d like to clear, or just going back to Mt Wood. Caution got the better of me and I went back to the Mt wood area we rode two days ago. That gave me a chance to chase down Mike R’s “water trail”, as well as make a couple of runs through the single track by the power-lines… And of course, just generally rip around. There was a great ramp on Mike’s trail… unfortunately it is on a corner so it has a short entrance and even tighter landing, but I took the gopro off and jumped over it a few times. Unfortunately the exposure settings are way too dark, as the camera was pointing at the sky. 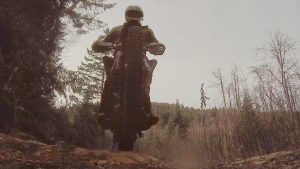 … still, the idea obviously has merit.

And for a first, I actually rode up the mud track to the rock bluff between the main dams that raise the lake. 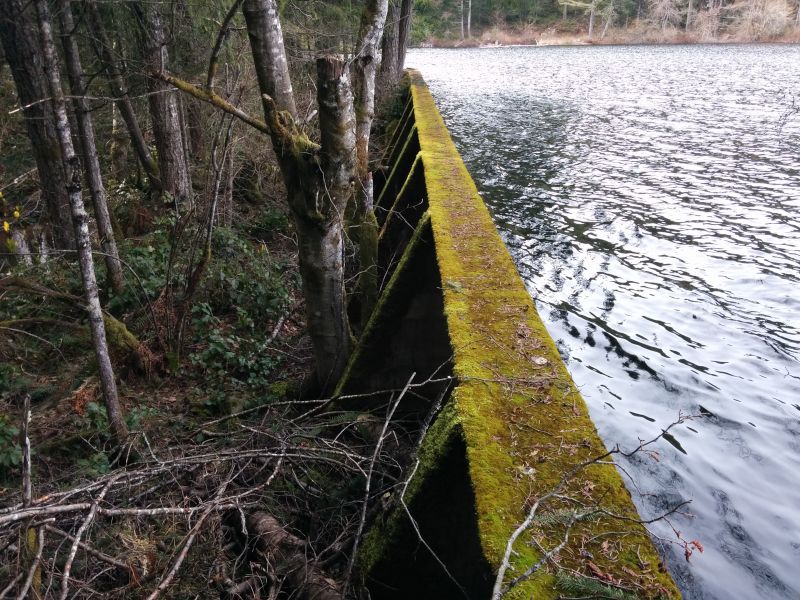 Gotta wonder in this time of fiscal “management” and “risk aversion”, why they haven’t blown a hole in the damn and dropped Oliphant lake back to its natural level?