Two nights (Thu/Fri) out in west Sooke. One day of trail clearing (and a hike), and a Saturday limp back home due to a blown wheel bearing.

This was a great break from “life in town”. Most of my motorcycle camping is “stop for the night”, and gone again in the morning, it was nice to be in the same spot for two nights (and with good company — I bore myself).

The primary task for the trip was trail clearing. That got done (hard hard work). It is possible folks will be able to tell where I had a hand (middle section). I do think some sections need alternate (wimp) lines if we’re going to get much traffic on it. James says it will get easier as it gets beaten in, but there has to be that “critical mass” of traffic… and right now I don’t know many folks that would enjoy riding it (or even “can ride it”). That isn’t to say there aren’t lots of folks that would… I just don’t know them :)

After a break there was a ride/hike up to a old-growth cedar bog. There seemed to be a _lot_ of blueberry or huckleberry plants up there. Might be worth revisiting in the fall !? I don’t think I’d ever seen anything quite like it. There was a layer of dirt and moss and in places there were holes, and the standing water was less than a foot down. I wish I’d grabbed a stick and tried to see just how soft things were. It is easy to imagine it would be mud/peat for quite a ways. The trail we followed started as an old road, but it is overgrown and with some blowdowns… not an easy ride. And then we left the bikes and walked on what must have been an old trials-bike trail. I certainly can’t imagine taking dual-sports through there.

The limp home on Saturday turned out to be un-eventful. I rode on the front of the seat pretty much the whole way and kept the speed down. I haven’t pulled the bearing yet as I’m chasing down a problem (vampire current) with the van, but I did swap in the spare 17″ rear rim.

Note: it was relatively cold (600m), not much above freezing at night, full sweats and (summer) sleeping bag pulled closed over my head and still not cozy. A toque might have helped… or a warmer/bigger sleeping bag.

pix and video to come. 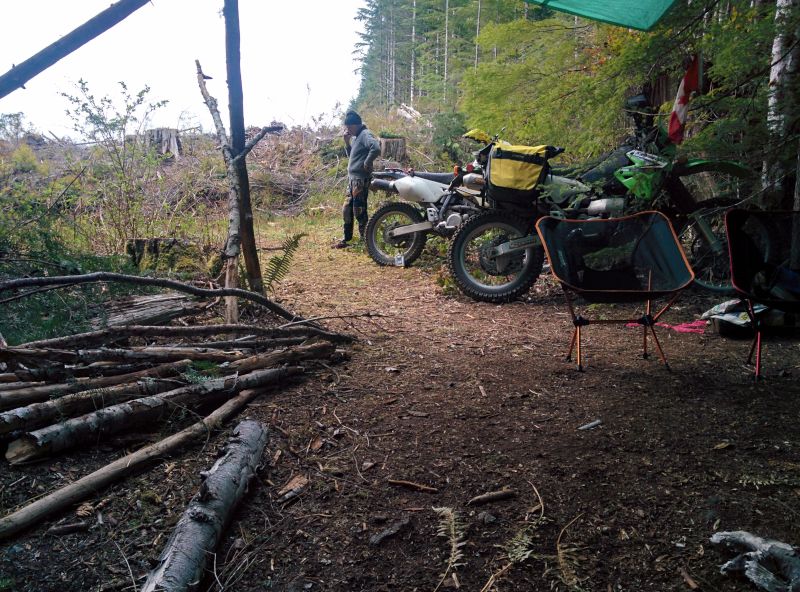 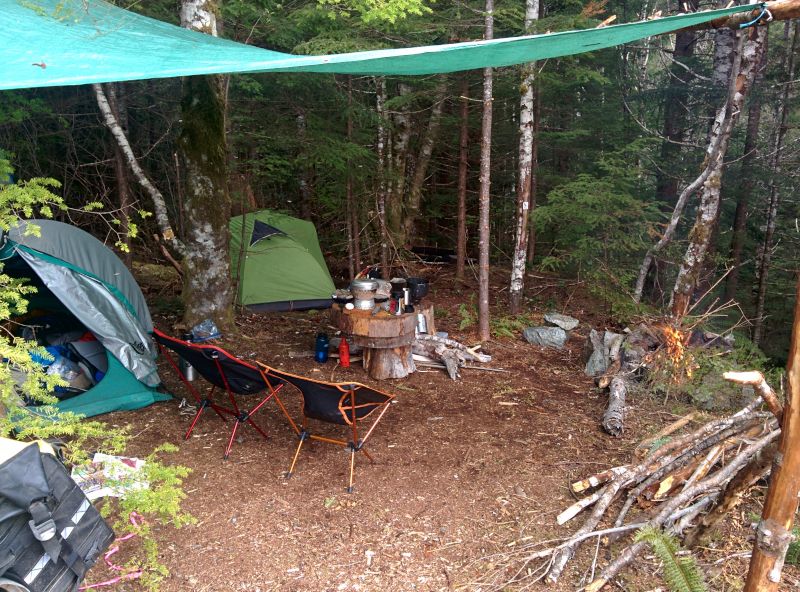