An overnight trip up to Molybdenite Lake and a peak near Molybdenite peak. Was supposed to be 2 nights, but we got soaked riding out on the Saturday and it wasn’t fun, so when the Monday forecast looked bad, we did the “iron butt” thing and ran for home Sunday night.

I put up a separate album for this trip. You’ll see why in a minute.

The trip started with me in rain gear heading to 9am the ferry.

From there, I met up with Josh in Burnaby… still raining, sometimes heavy, sometimes light. I  met Josh shortly after 11:30am, and we headed NE out of Burnaby, up the #7 through Maple ridge,  Harrison Mills, Aggassiz, and up the canyon. We finally stopped at Yale for gas and I downed a coffee to warm up. We were both pretty cold and wet. Fortunately, the weather forecasts suggested that instead of 15-25mm of rain (in Vancouver), Lytton and Lilloet were only supposed to have a 60% chance of showers… So the farther up the canyon we went, the dryer we expected to be. Anyone who has see the various forests would be inclined to agree with the forecast… heavy wet-coast fir forests down on the delta, and the sparse pine forests up by Lillooet… long story short, it did dry up… after several hours in the wet. This was shot just north of Yale at 2:30pm.

We managed to get up to Boston Bar by 3:30, got gas and proceeded across the bridge over the Fraser and continued up the west side of the valley.

We made some of the normal stops and explorations 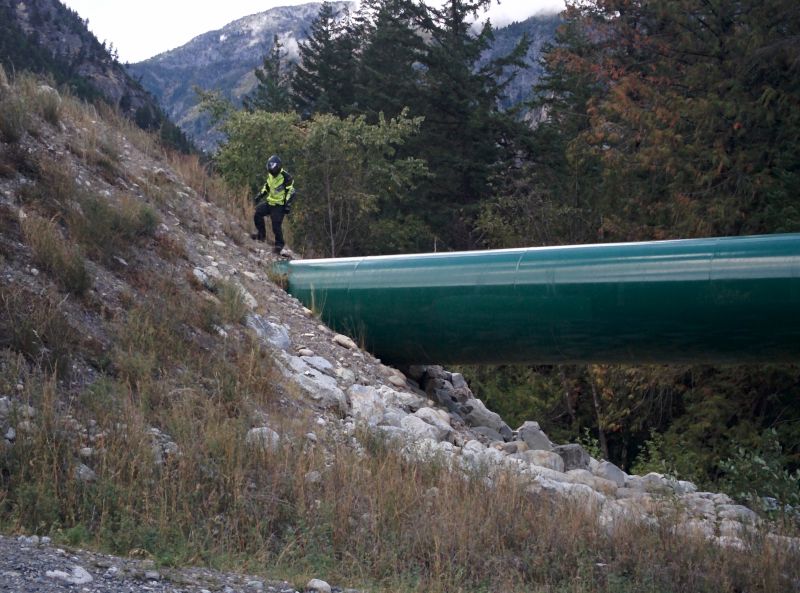 After another bit of rain, and some more hours of riding, and various considered and rejected campsites, we found a plateau that wasn’t cleared, and didn’t seem to be occupied. This was probably 20 km N of Lytton (50.405,-121.684).

We hit a split in the road and were not sure which way to go, turns out the lake was straight, and the summit was the right hand turn. We suspected as much, and decided to try the lake first.

I wish I’d spent a little more time working on HDR images, the contrast was just too high. The sky is all blown out, and even so, the trees and foreground are dark.

As panoramas go, the phone doesn’t do the best of jobs, but it is easy, and this is a 360 left to right and over the top pano, it also seemed to handle the HDR pretty well… in short it worked well.

It is difficult to remember the scale of things, even when you’ve got “mountain” in mind… 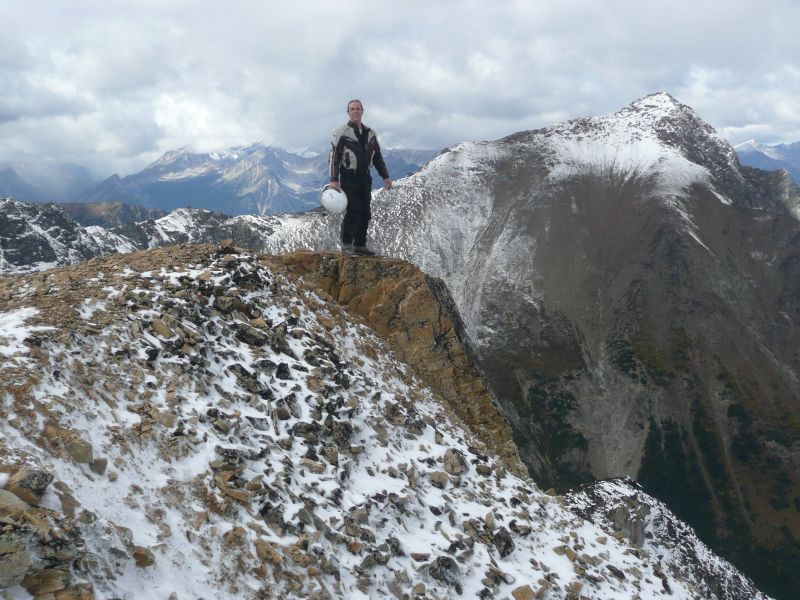 Right… one last shot for navigation…