This was a pretty good/nice way to end the “bike camping” season. 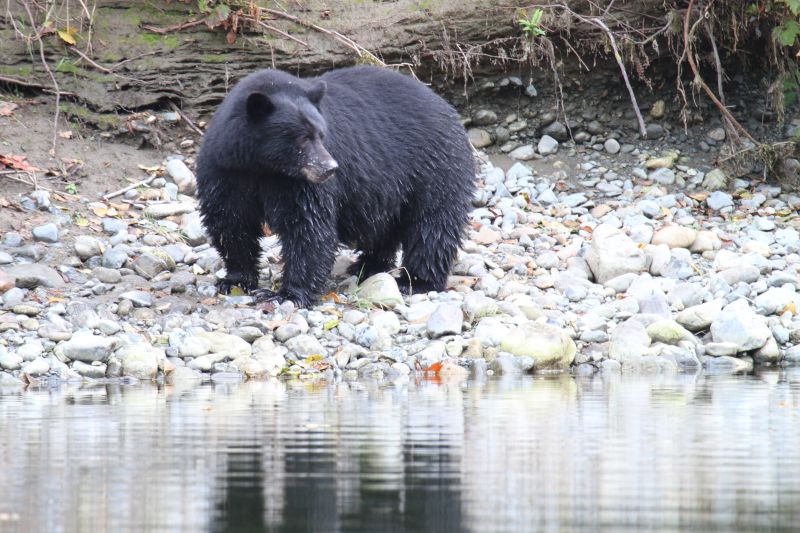 This ride has already been written up as part of the great long “10 days to play in bc” thread. As seems to always be the case, David’s pix are sharper and brighter than mine, and of course I feature more prominently in his pix than my own :) Here is my album for this ride.

The short description is that I skipped out Friday afternoon and did not return until Monday night. I camped solo a little south of Port Alberni the first night, spent the next (Sat) night at David’s, and Sunday night was out between Tahsis and Gold River. Some good riding was had each day, although the first and last days had a lot of highway mileage.

I should get some of the video from this ride together. But I both need to edit it, and stabilize it… The smaller roads were “non trivial”, and the by-passes were pretty damn tough for a loaded KLR.

First pics of the day are from the lunch stop.

A quick pass through Gold river.

Unfortunately, we got skunked at the intended viewing location. And at a fallback location. However, it turned out there was lots of wildlife at our campsite.

This guy was not working very hard. The fish he was pulling out were either dead or very close to it. Not that I saw him catch many. 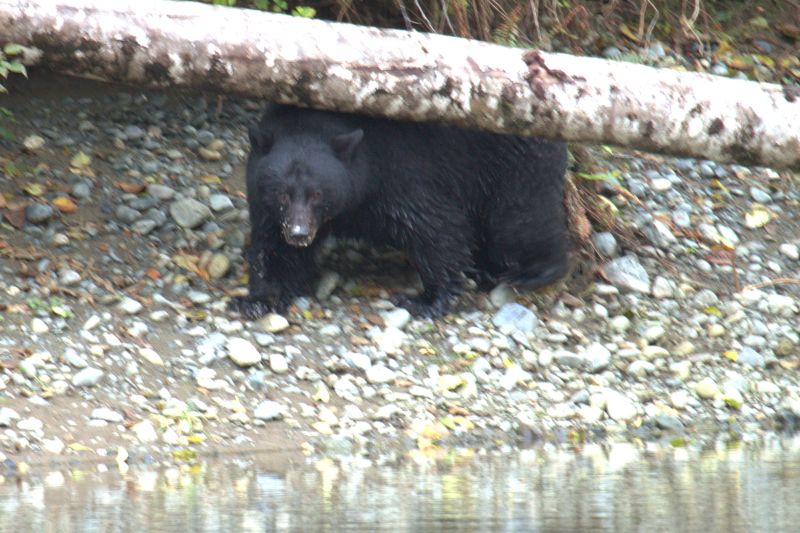 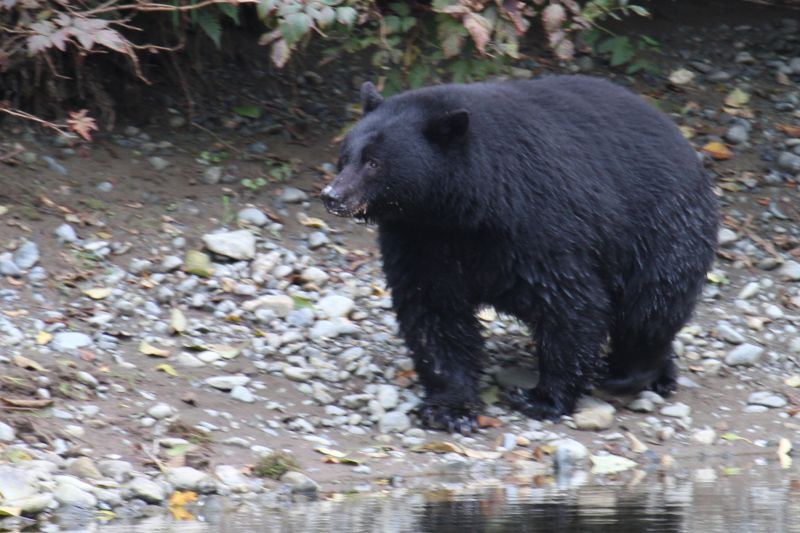 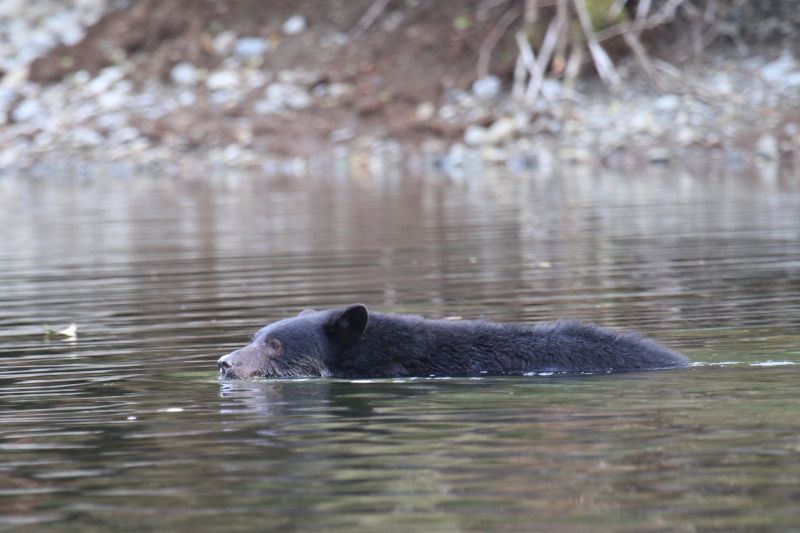 I was a bit lucky to get the above shots. I was having issues with the autofocus system in the camera focusing on the water ahead of the bear, and it was pretty late in the day, so shutter speeds were very slow (I should have cranked the ISO quite a bit higher).

We headed out fairly early and headed back toward Campbell River. We took a detour up a “mountain main” beside Upper Campbell Lake.

I’ve got a couple shots of David with a “clouds” for background. But this one clearly shows that down is through the clouds… 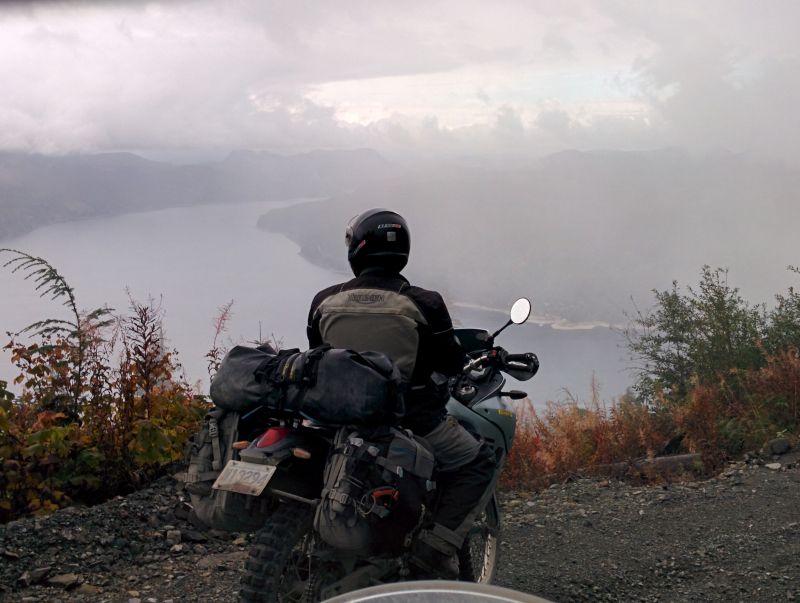 And as we got closer to Campbell River we dove back into the logging roads, as there was one that David just wanted to take me through…

That is it for the northern pix. I took a detour through the “Cook Creek FSR” on the way back (comes out by the Horne Lake Caves). The GPS showed an awesome trail along the top of a ridge … but it just plain died before the going got good:

… seemed to die where a bridge had probably been removed. The FSR was a bit interesting. It is pretty narrow, and it was raining fairly hard. After four days of riding on wet gravel and mud I was fairly confident of the bike. But I had little confidence in the idiots driving the other way (white timberwest pickups), so it was a slow detour.

Anyhow, that’s it. Probably the last camping trip of the year. Considering I started late, I must have gotten at least 16 nights in (9 on the 10 day ride, 3 on this trip, 2 with Tony, 1 with Bob and Rick, and 1 solo).