An easy loop, based on on the Tugwell East loop, but we crossed the creek and exited via Anderson Rd. 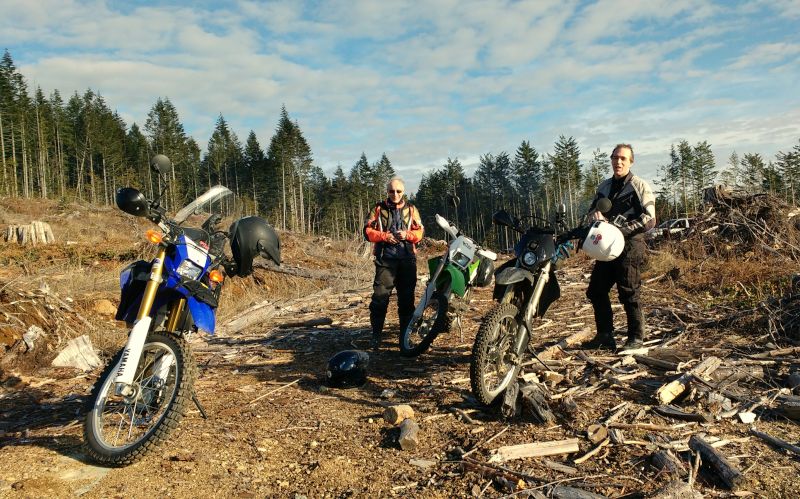 Mike and Bob seem to have persuaded each other to get out and go for an easy ride.  I got an invite, and Mike seemed to want to see the Tugwell East loop, so that’s pretty much what we did… except we did it backwards to leave the open the option of crossing the creek and exiting via Anderson.

The creek was surprisingly low… Much lower than last weekend. I guess the supersaturated ground below the frozen surface has mostly drained. Forecast says it will get refreshed very soon, and of course the ice will melt with the rain. Would be good if it took the snow level up too!?

While the creek crossing was easy, I was worried what Bob and Mike would think of the icy road on the far side. Mike was so terrified of it, he stopped in the middle to take pictures. Enough said :)

That was pretty much it. I shot basically no video, and as you can see I didn’t take many pictures as all three here were shot by Mike.

Mike said he wanted an easy ride, but the biggest grins were on the exit segment, which is dual track as compared to mainline FSR roads.