Yeah, I haven’t written up the interior ride yet, partly because my head is wrapped up in fixing the bike. I lost the rear brake (master wouldn’t hold pressure), that was easily fixed by swapping in the master from the kick-start bike… but the motor is more of a problem…

It was sounding “off”, sort of a “chuff”-ing noise (at idle, ran fine at speed), and harder to start. Compression test showed it down to about 90psi instead of 120 when I put it together last time. (Those are low, there is an auto-decompression system.)

It _might_ have just been dirt. I don’t have enough knowledge to know what a normal build up would be, but this seems excessive for six months: 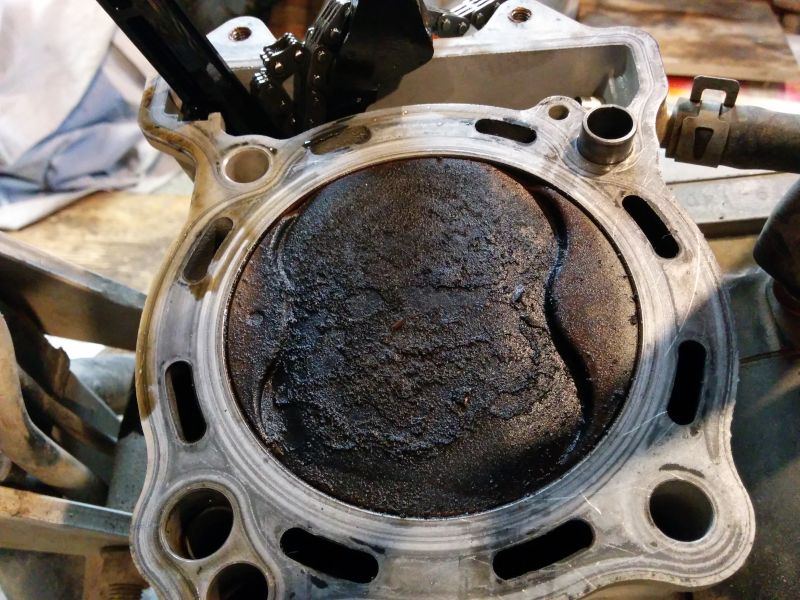 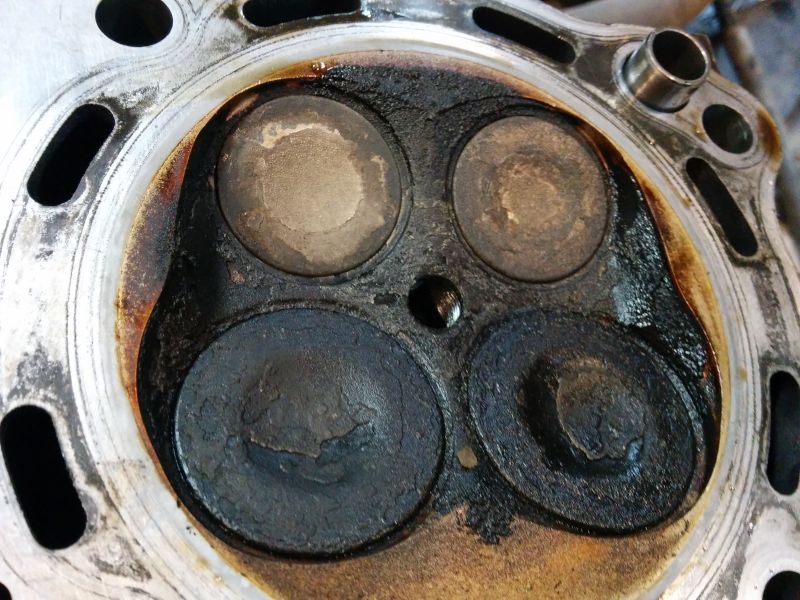 Will pull and clean the piston/rings, but the cylinder _seems_ fine. 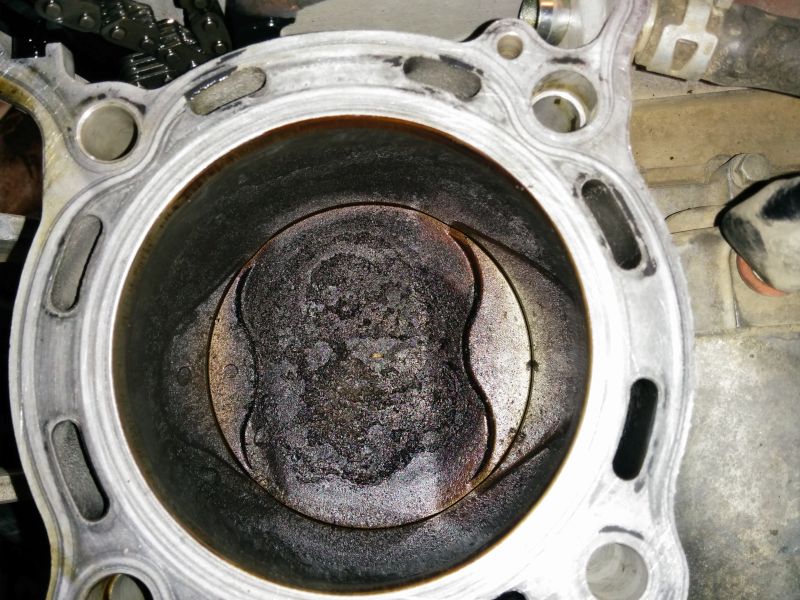 Fortunately the machine shop finished the valve job on my spare cylinder head. Wish I had a new set of rings on hand though (and may have to wait for some new shims).

I _did_ manage to get the rings free of the old/original piston. If you remember, that was what caused my grief during the spring rebuild when I tried to swap engines, and then (after learning that the e-start conversion was hard) just swapped cams and the carb. On re-assembly the bike wouldn’t start and I was pulling my hair out. Turns out the rings has suddenly stuck to the piston and there was basically no compression (35 psi, 50+ with oil squirted into the cylinder. So I swapped in the cylinder and piston from the kick-start motor… and just finally got the rings out of the old piston.

OK. Definitely looks like the rings were the main cause of the loss of compression, and I’m going to blame that on dirt, although perhaps they are just getting tired and need to be replaced. Top ring was moving a bit (e.g. one side), 2nd ring seemed to simply be stuck.

The above was written on the 10th, I ordered rings on the 11th from partzilla.com … price was great ($41), delivery fee… not so great ($30 US), but I took the opportunity to order a cam/timing chain and a battery compartment door (band). Neither fortnine nor rockymountain wanted to sell rings.I got nervous a couple days ago wondering just how frigging long it was going to take “UPS mail innovations” to get the package here, so I broke down and called Action (the local dealer) for a price and ETA for rings. $105 CDN and a ballpark 3 or 4 business days unless I wanted to pay another $30 for shipping. Nuts when it is cheaper to order out of the states even with a $30 US shipping fee! Anyhow, both sets of rings arrived today… shortly after I decided I’d swap out the subframe since I was this far down in the bike anyway and had nothing better to do. I was going to work on the Jetta, but Davi needed it.

Anyhow, good thing I swapped out the subframe. I’d been told that once aluminum starts to crack, it tends to keep cracking. Well the last repair didn’t seem to stand up. 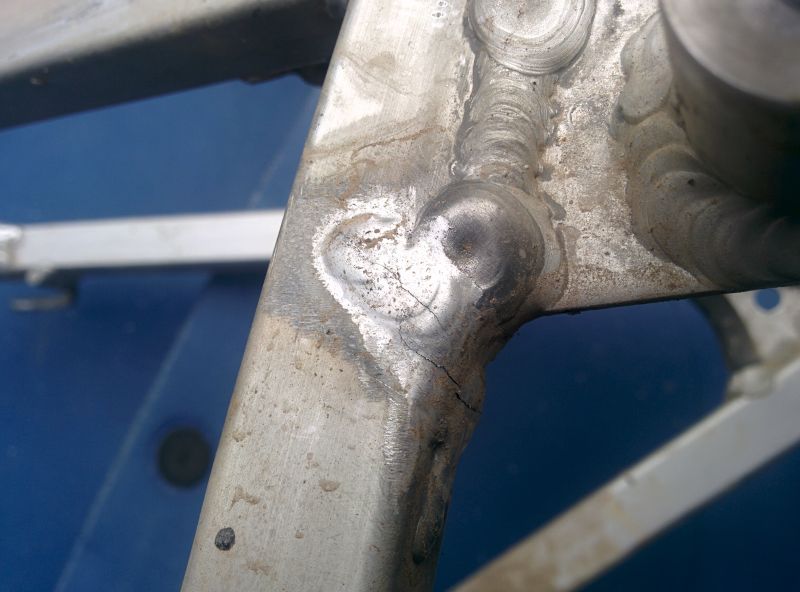 … it is cracked right through the new weld. Strange crack, it opens up when you LIFT the rear of the subframe. Anyhow, I had ordered another subframe on e-bay back in early August. It’s in now. Just need to find some more energy and I’ll go get started on putting the rings in. Guess I’ll pull the right side crankcase cover off and replace the timing chain too. The current one is quite worn/stretched.

New cam and piston rings are in. Got as far as putting the cams back in and re-checking the clearances. Not exactly happy, the valves are pretty tight… within spec, but on the wrong end of the range (tight). Knew I should have ordered shims.

Not sure if I’ll get far enough tomorrow to try firing it up… going to take a ferry ride to go swap my sumo wheels for another bottom end + starter + headlight bits.