A surprisingly long (tiring) ride from Kapoor through to East Main.

Gerry had posted a ride invite to facebook, I didn’t want to commit to it since the forecast was not good. On double checking the forecast Saturday morning, it looked like the rain was supposed to hold off (showers only) until 4pm, and Sunday was going to be worse. A “left yet?” query on the facebook thread led to a local rendezvous, and I proposed the Shawnigan to Sooke idea.

I know of three main ways south from Butler that avoid the Butler gate, none are completely trivial. Looking back, the gate might actually have been open (for hunting season/firewood). For Gerry, on a big Super Tenere, and still being fairly new to offroad riding… we might have overdone it a bit. We choose the Butler to East Main route. I would have opted for the Butler to East Muir option, but Gerry’s tires probably wouldn’t handle mud very well, and the last time I went through there (months ago), it was a pretty rutted dirt road that had been used for active hauling. There was also the chance of snow… as Gerrit reported snow starting at 690m and the Butler to East Muir route gets up to about 650m. The 3rd option comes out in East Tugwell and is probably my favourite, but also wants a good front tire.

As the GPS track shows, we did make a few “tourist stops”. Gerry was leading when we went past West Jordan. I could have caught him and made the correction, but I had sort of wanted to go via Williams Creek main anyway. Since we were out at the end of Kapoor/Old Renfrew anyway, we rode down to the old site of the Bedsprings Bridge. Then up what is marked as the end of Fleet to my favourite 3 way intersection (because all 3 roads go the same direction). From there down Williams Creek main back to West Jordan, to Butler, and then a stop to east and walk the connection to East Main. Turns out that there is a shorter (but steeper and smoother) connection there. Since we expected to be walking Gerry’s bike through the connection anyway, we took the shorter/smoother/steeper option. It came out fine, although Gerry may have squeezed his adrenaline glands dry :)

On the way back to sooke we toured by the more common backroads entrances (Muir, Anderson, Tugwell East). The Anderson track has been blocked, but there’s a new bypass that should be passable as an exit by most folks, and ok as an entrance for folks with reasonable tires. 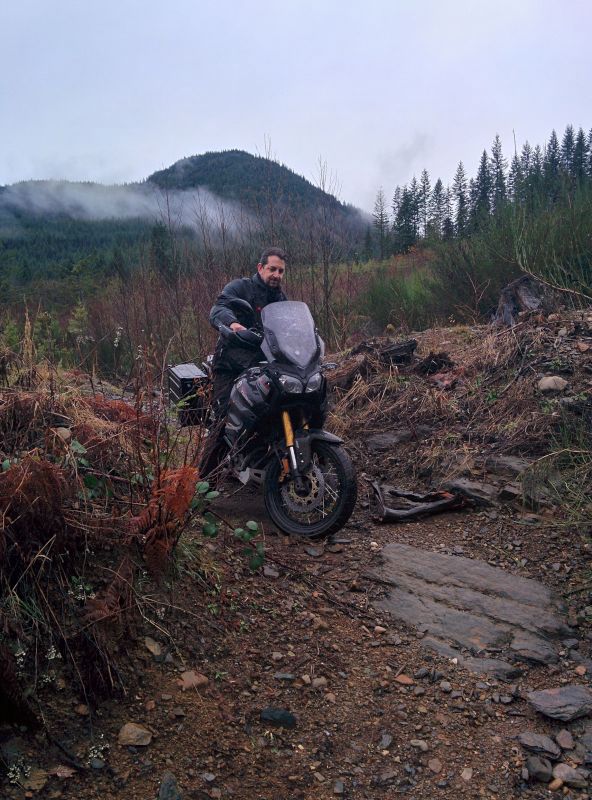 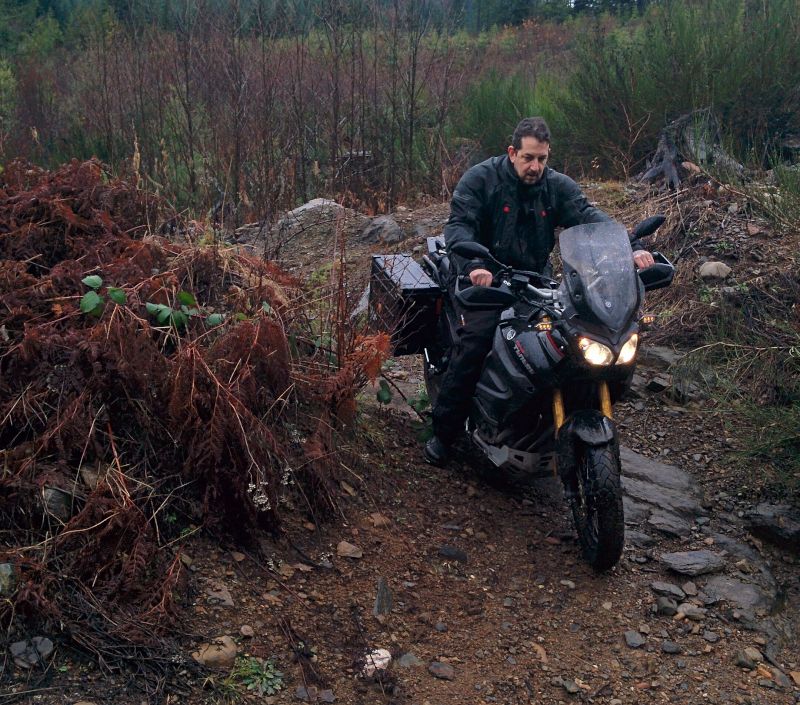 (Sorry, didn’t take a lot of pix. Tried for some video, but gopro battery was flat and it wasn’t important enough to swap in a fresh one.)