Rob Hayward invited me to “do some technical riding” with a friend of his. I extended the invite to Mike (knowing that James was away in Washington). This was a good day of riding, much of it tight and slow single track.

The video covers the ride fairly well. We started at Serious Coffee on Frayne Rd, in through the back there, stayed left along the tight trail, then up to the single track at the base of the powerlines, then up the powerlines to the lookout Mike wanted to show us (and some steep single track). Then across to the S end of Lake Oliphant, and over to the Wellness Center (where we found Gerry and Darren, Scott had apparently suffered an injury and left). From there we backtracked a bit and then N to the other cabin. Then across what I labeled as “Mike’s Shortcut” in OSM, which connects the track leading down to the west with the track leading to the north (otherwise you have to go back to the south end of the lake). We were just headed for the lookout called “Hatchet Jack’s”. From there it was south down the west side of the lake. Gerry took a spill here, apparently partly due to the dust I was throwing up. Fortunately there appeared to be no serious damage. From there Mike led us through some single track which is getting hard to find/enter due to recent logging. Another chunk on the dual-track led to more single-track which led up to the “tree fort” and our last stop. From there it was just south to the “goat track” exit and home. 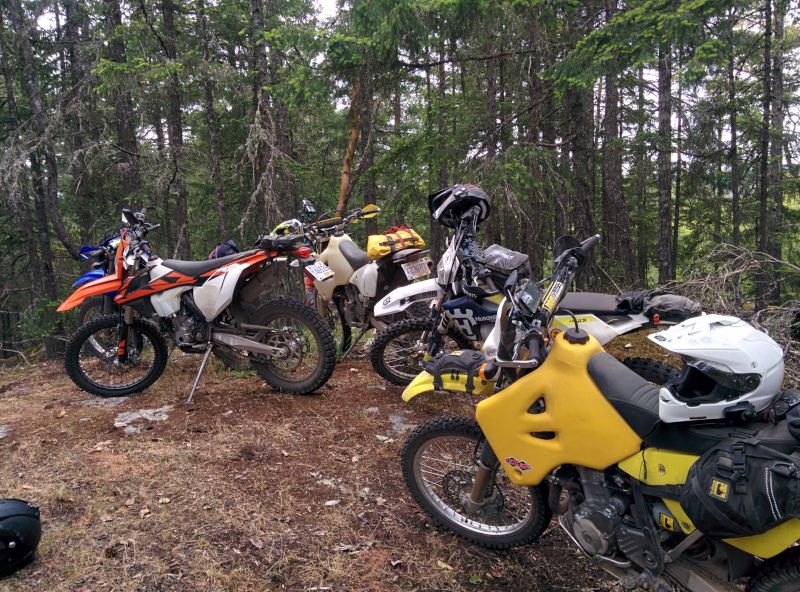 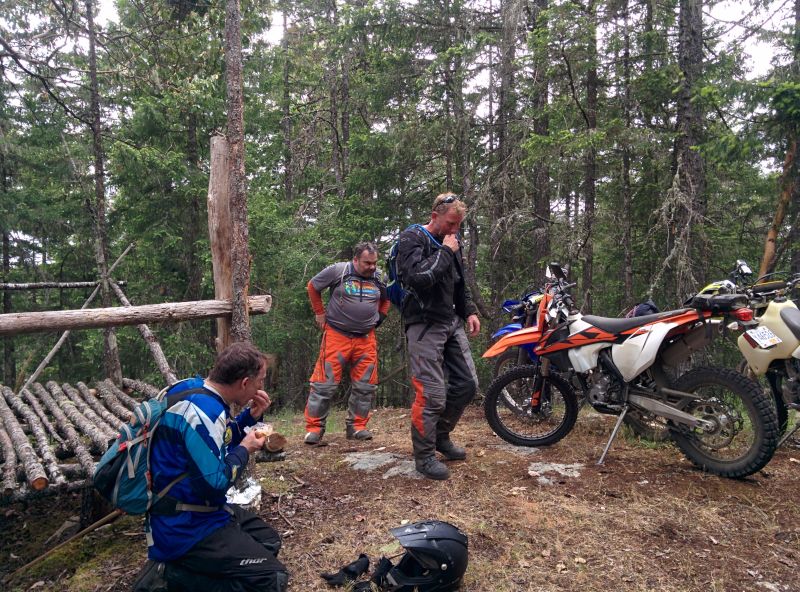 Upon getting home I realized that my two boots were not looking the same. 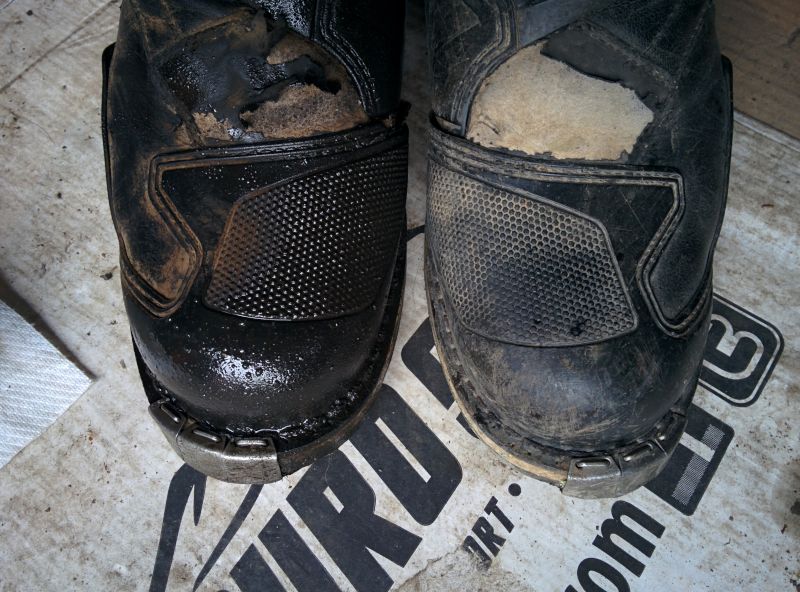 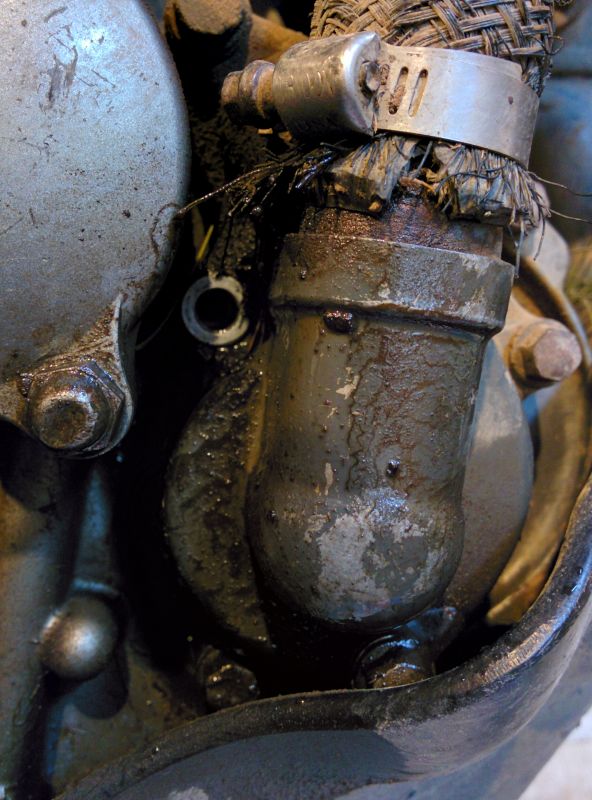 Fortunately it was pretty obvious. I’ve got a spare engine and a spare bottom end, so finding the right bolt wasn’t a problem.  I will need to change the oil though, as the engine would have been sucking in unfiltered air through this hole (and expelling air and a bit of oil on the downstrokes).