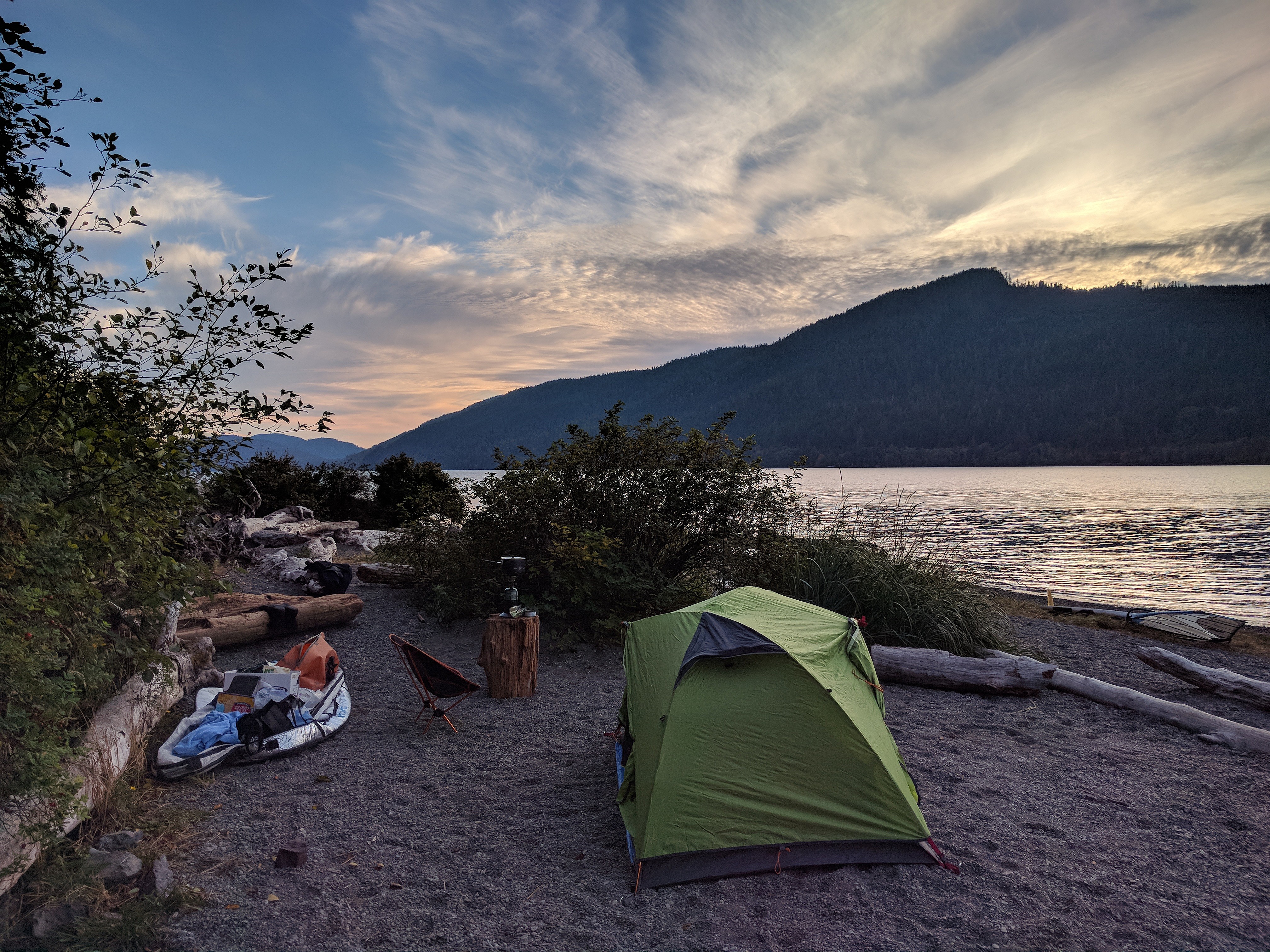 hah! This blog used to have a “windsurfing” category. I get to use it again (First time in 3 *ing years!) I “ran out of skin”, but still had a good time up at nitinat.

There’s a couple holes in the fingers of my left hand (skin), and I seem to have misplaced more than a few pieces of gear, including my old gloves, half my wetsuit gear, my life-vest, and a harness … but it was a good time. I was smart enough to stop and pick up some fingerless gloves, but apparently I should have gone full length. Anyhow, a good Wed/Thurs trip, and thanks to James for covering pager duty.

The surprising thing was how _little_ I had forgotten. First gybes were dry, then I started trying harder and got wet again. 2nd day felt like I had re-learned where the envelope was and could push at it again… unfortunately I cut it short due to said “skin shortage”.

Wind on 2nd day didn’t build, it just turned ON. Started on the 5.5/104 instead of the 6.9/120 gecko. First sail change was to go rig the 5.0 … was getting that dialed in on a the “new” boom when I stopped for food. Wind dropped and the 5.0/104 wouldn’t plain. On change-up I found even the 5.5/104 wasn’t working … and it is probably during that slogging that I wore my left hand down… I was aware it had been used badly on the 1st day and was trying to be careful with it, but when you’re struggling for balance on a non-planing board….?

No pix, although I did take a few.

Right… I also had a neat “close encounter” with an Elk herd. 2 cows, at least 6 young, and a majestic bull. Was on the “upriver trail” as compared to the river-loop trail.

(Gah, the new wordpress interface has some nice bits, but external image links is not part of it!?)