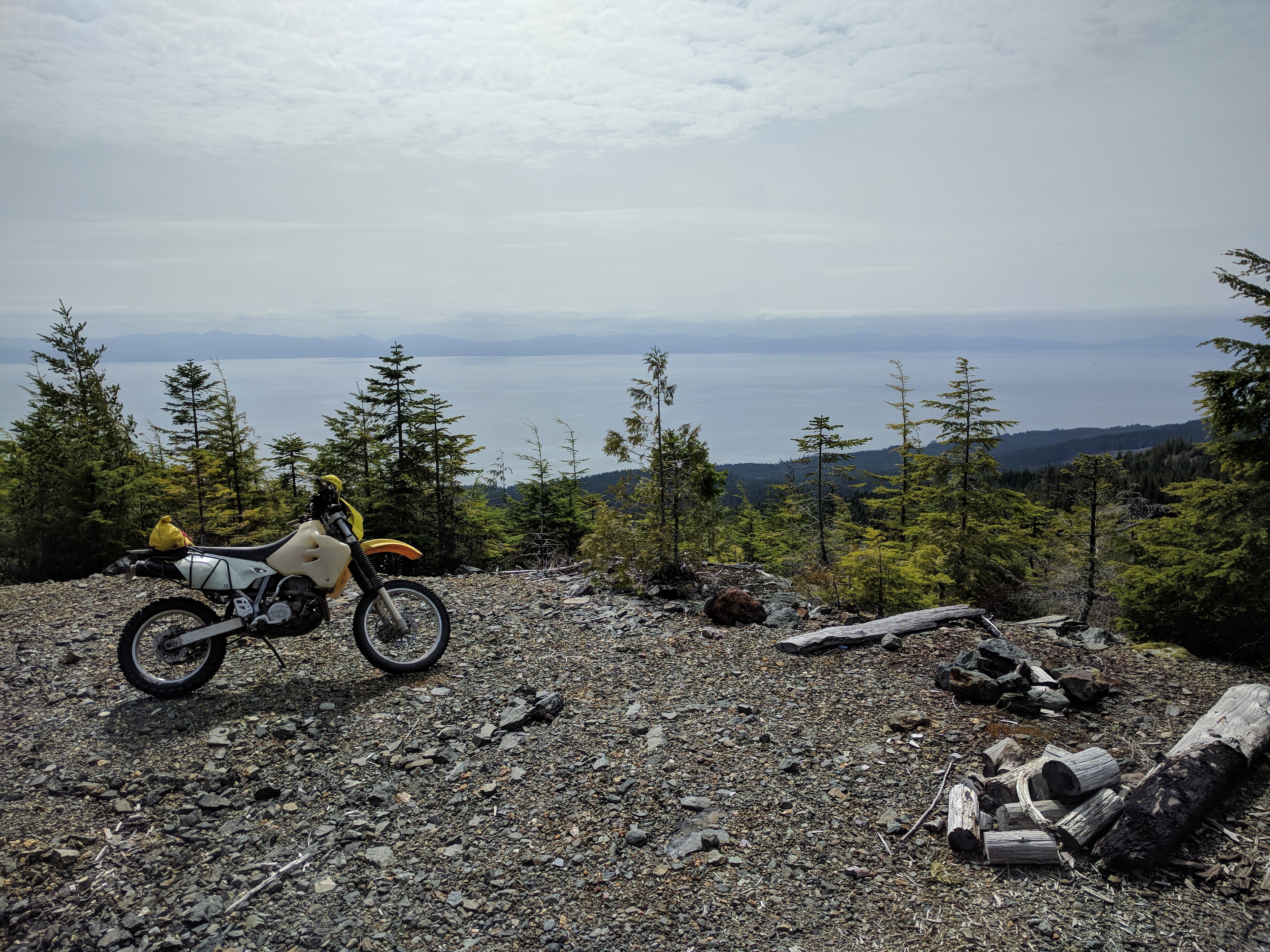 I’d hoped to get out camping this weekend, but it didn’t happen. Instead I got out and spent Sunday exploring … looking for the ideal camping spot I should have spent the previous night at…

[I spent too many hours working on the bike because I mis-diagnosed a stator problem (starter clutch bolts ate another stator previous weekend, and the cheap chinese stator I swapped appeared to work, but didn’t really).]

I had the cell phone on the X-grip trying to map cell-service, but the new open-signal app sucks… it doesn’t really show you what you mapped, and basically just takes random(?) samples. Will try another app next time (CellMapper)… The point being I didn’t take many pictures because unmounting the phone was a nuisance. I did take a lot of video, but it isn’t particularly interesting.

The JDR ridge ride is a reasonably easy ride. The challenges for a big bike would be the ends. You need to squeeze around a metal structure at the far end, and run up a trail on the near end to bypass another structure on N500… but in between it is/was mainline gravel road … although the western half is falling into disrepair.

Anyhow, I was looking for campsites and viewpoints. I’ve ridden the ridge once before, but we didn’t really take the time to explore. Even this time I didn’t “fully” explore as I got mixed up at one point and was running down the main route when I thought I was exploring spurs. So there are some roads I didn’t cover.