This didn’t really come off the way it was billed, which makes some sense, the goal was two very long days of dirt riding, covering some significant distance. It was also billed as big bike friendly, and “no one will get left behind”. A small group of good riders might have been able to do the original planned course in the given time, but when you start throwing novice riders into the mix, the situation changes. As it was, the weather crossed Harrison East off the “rideable” list, and there was a crash which soaked up a few more hours. We ended up arriving late and covering a fraction of the planned terrain. Which isn’t to say it wasn’t fun, it was.

James said Johny wanted to take a 450L demo bike out for a dual-sport ride. I wasn’t keen on the Sooke to Shawnigan ride, as much of it is fairly boring mainline… but I agreed to go to the rendezvous and decide from there whether to go solo or with the group at that point.

It ended up being a fine ride. A little warm up detour through the edge of the Clark Rd area. Entrance at the far end of Muir, up Muir, East main, Butler to Williams Creek main. A spirited run up that to Kapoor. East on Kapoor to some of Devin’s single track and some messing about to cross Hank’s highway and exit on Kapoor hill / Kapoor.

This was supposed to be a camping trip, but tube trouble forced me to turn back.

END_OF_DOCUMENT_TOKEN_TO_BE_REPLACED 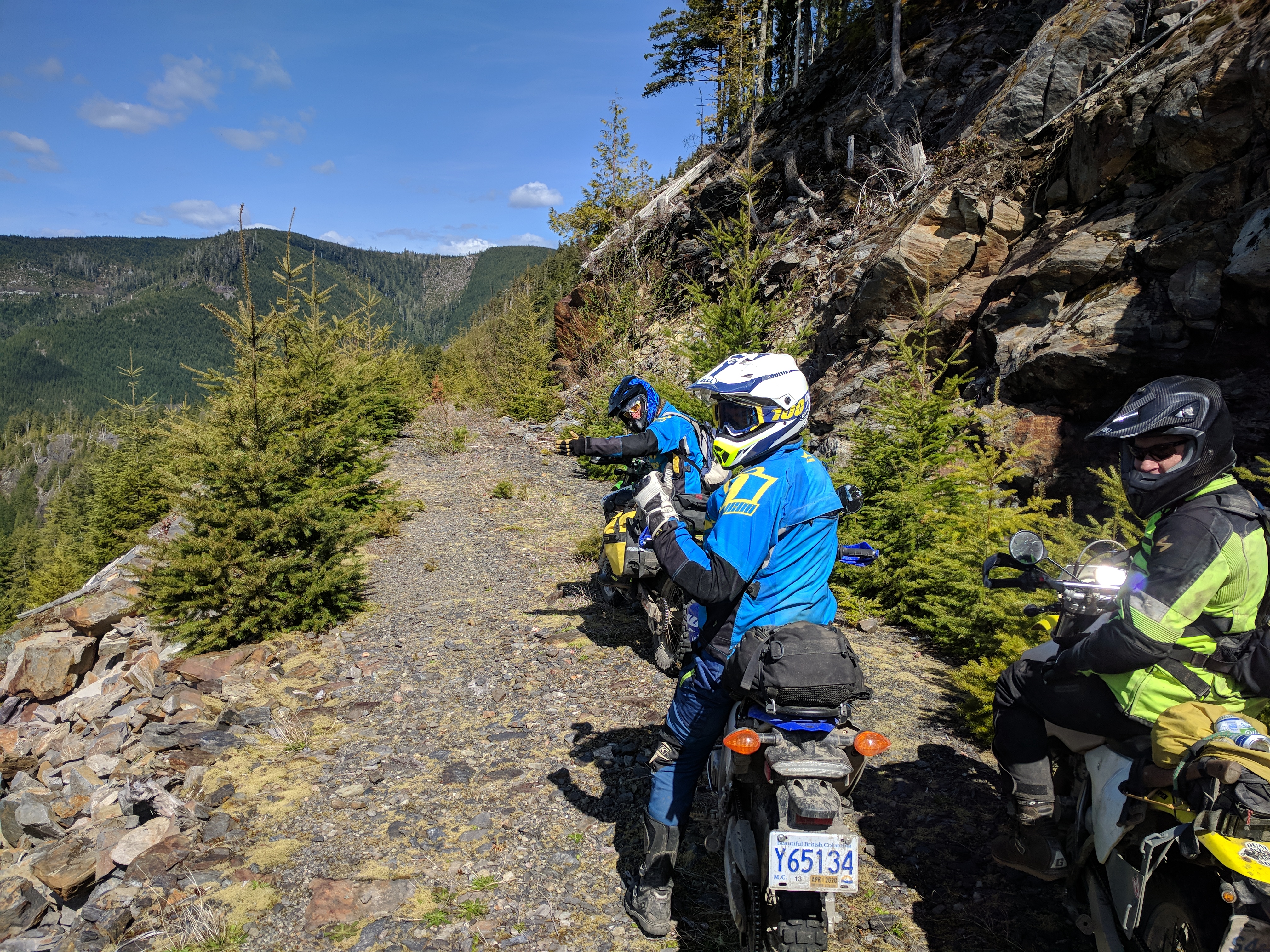 Gary posted a ride invite on FB, planning to cut across the west shoulder of Mt Valentine on a track I have wanted to do for ages. James and I had made plans to camp the Saturday, but ammended those to rendezvous with Gary’s ride Sunday morning.