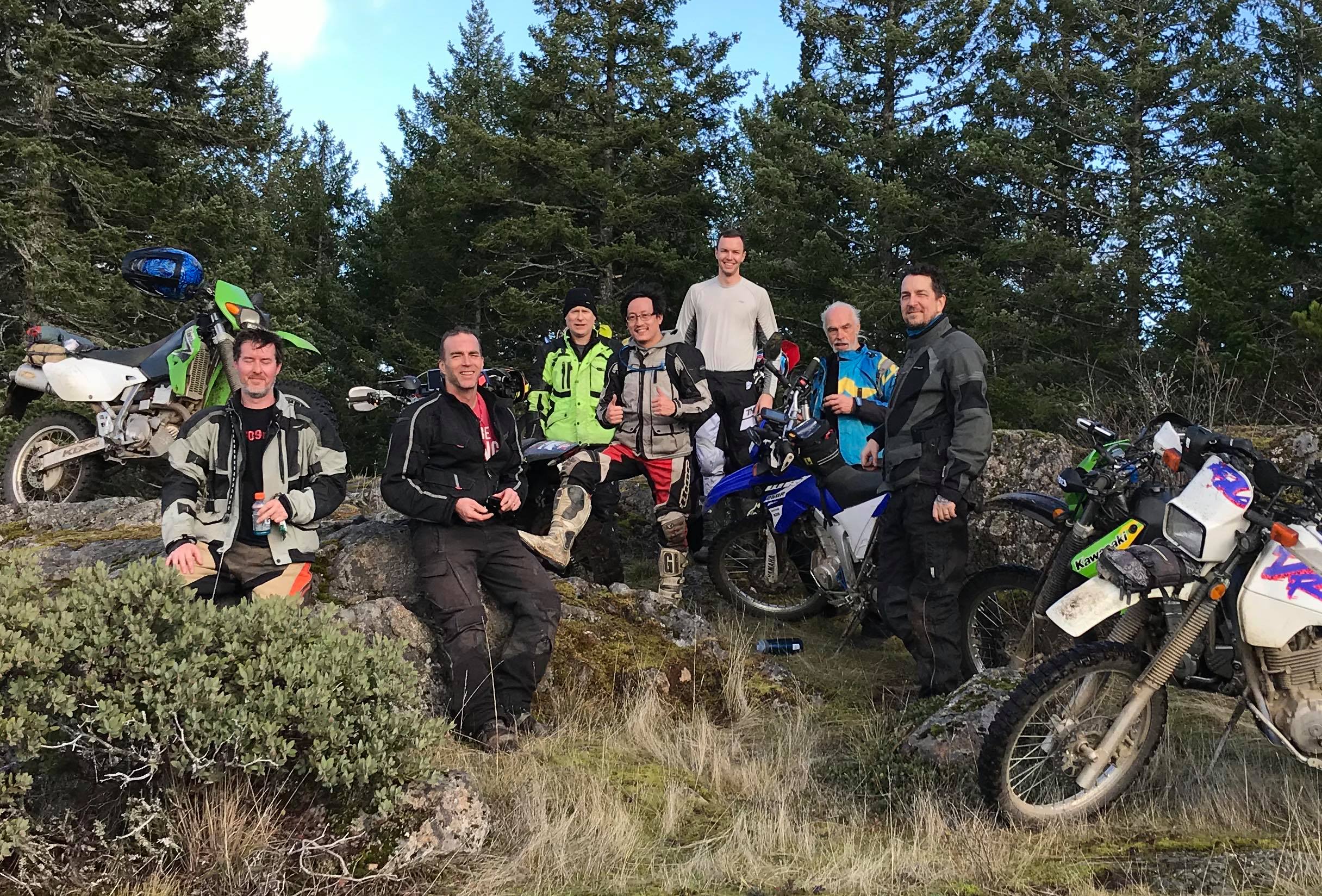 Chris took us up to see a hang-glider launch site that most/many of us did not know about. That included a chunk of new ATV trail I hadn’t seen before. I tried to connect some of the old single track runs, but there is so much new falling that my routes weren’t working out all that well.

I missed last weekend, as apparently the float valve in the Mikuni is leaking, and I had it on Alex’s bike for a week or two with the manual petcock… which I must have left on. Anyhow, I suffered the classic “will not idle hot” symptom and had about 2.1 liters of mixed oil/gas in the crankcase. My main bike is still down from the broken subframe maintenance, as the linkage bearings only showed up today (sunday!?). 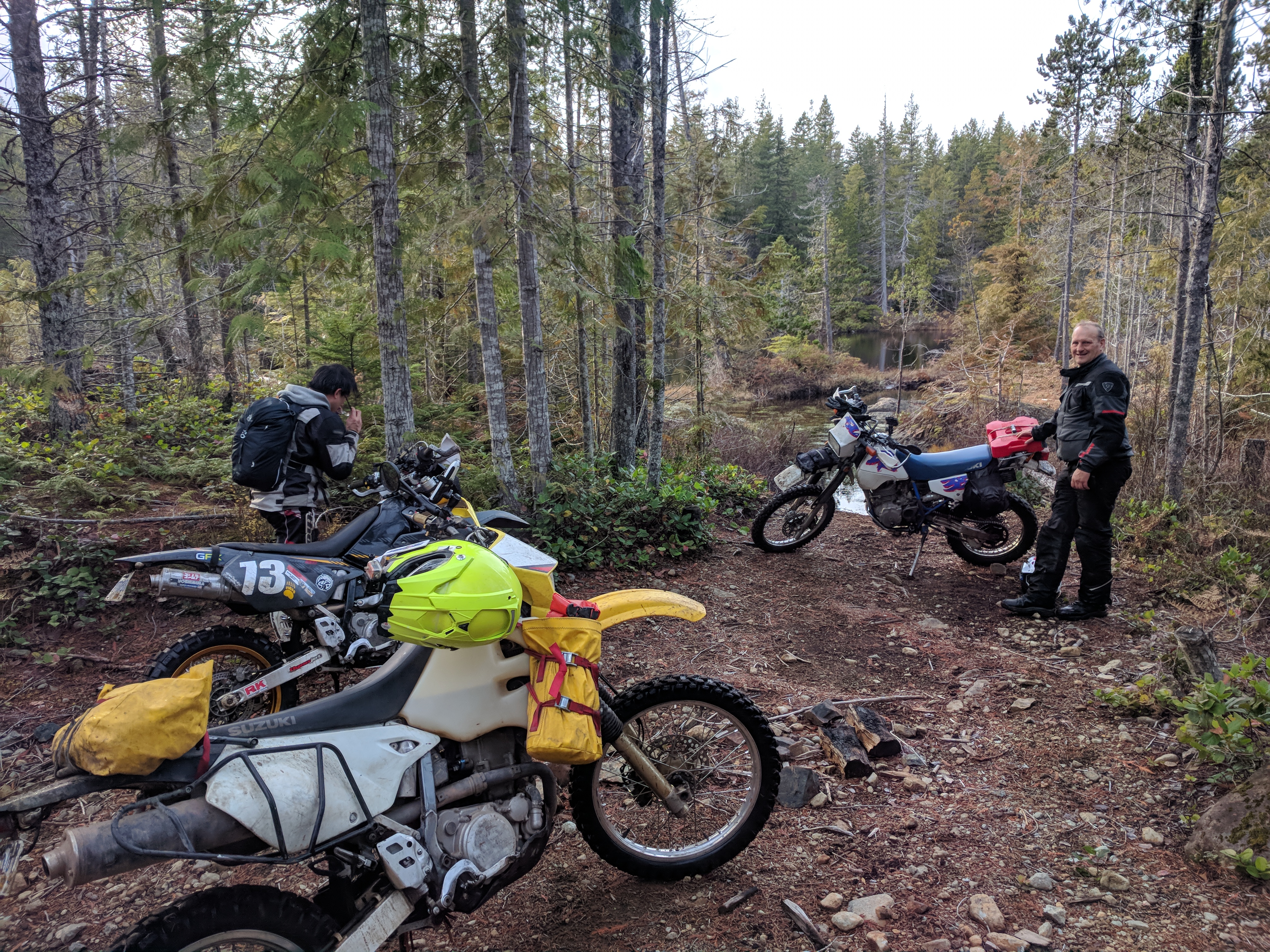 Which means we’re back into the do not “over-share” area. No published route, etc. Sorry.

Trent posted in dualsportbc, looking for a Nanaimo guide. I took him up into the Oliphant area the next day, while he was heading from Victoria to Nanaimo.

It wasn’t the longest ride, and the forecast was lousy. We lucked out and didn’t really get anything other than 110% humidity, but by the same token, there were no great views to show him. 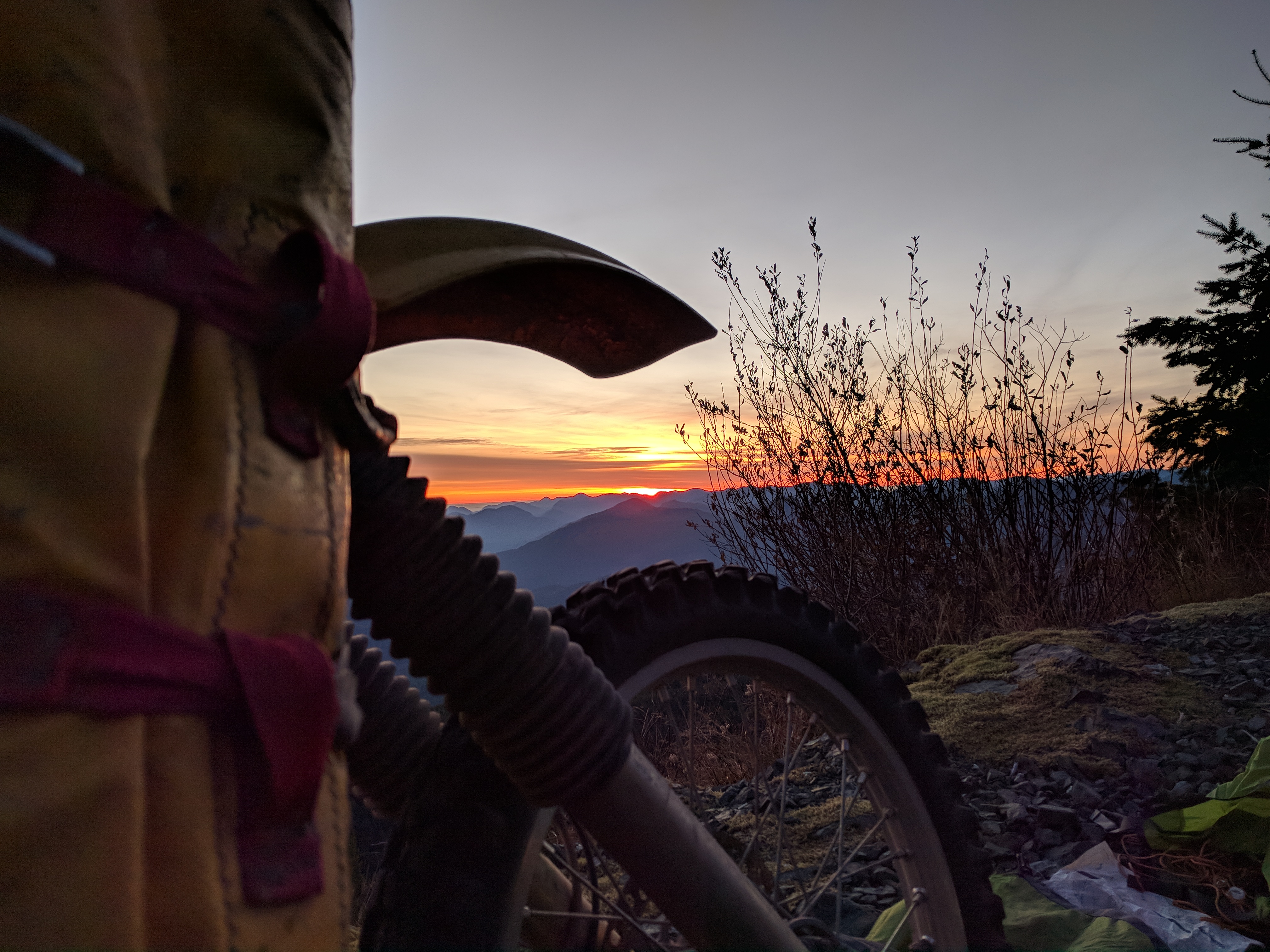 A return to Heather Mtn for some more sunset shots.