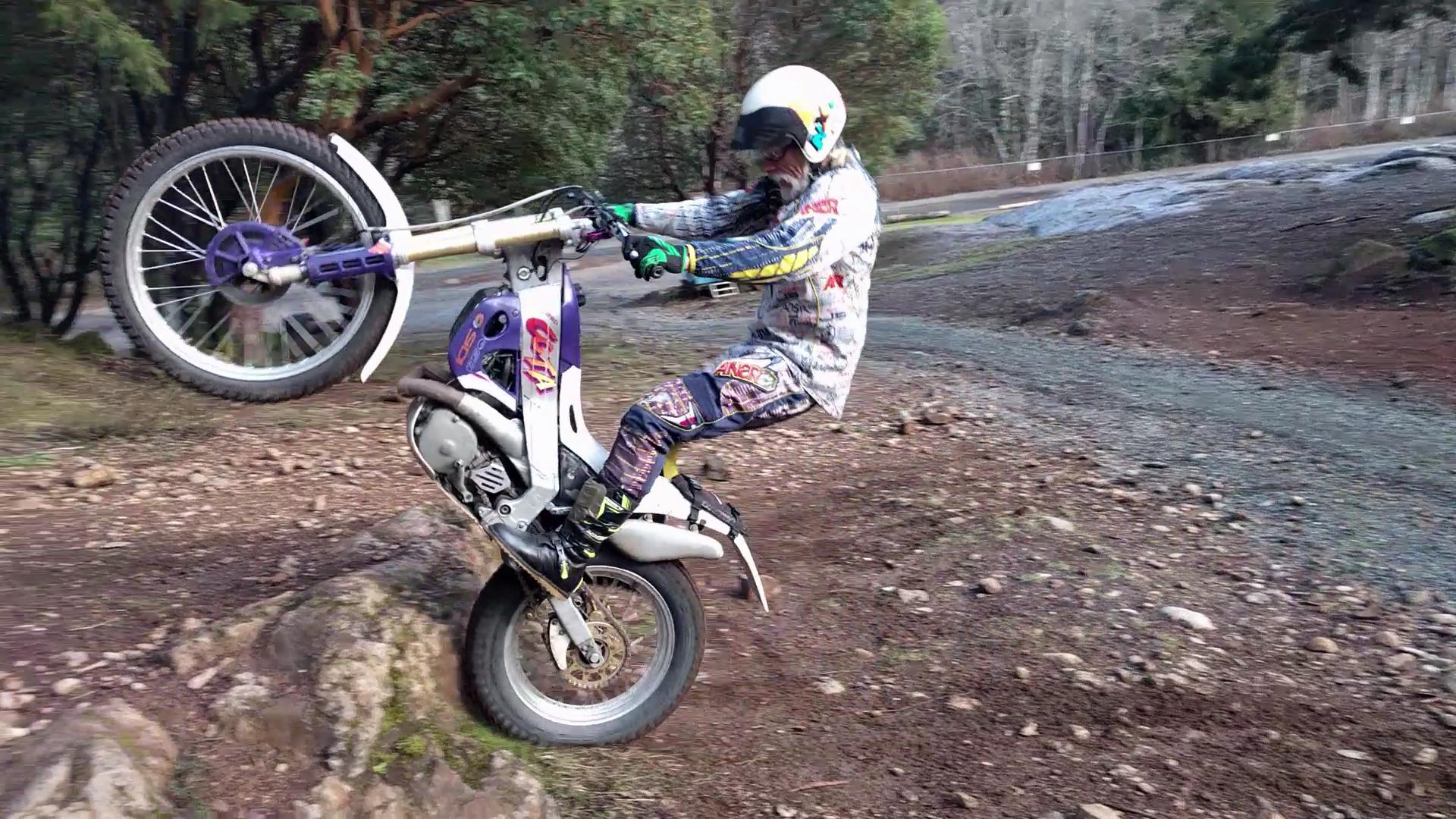 I asked James to come out to the VMC property to give my bike a testing.

He has rode many trials bikes, while I have only been on this one. Ditto for my two-stroke experience.

So, he moved the levers in the first minutes, and pointed out I should have the shorty levers so you can properly do the one or two finger thing and not crush/hit your smaller digits. But otherwise the bike received a pass.

It was a fairly normal practice day. I have gotten some of the video edited, but it is underwhelming. (Severely underwhelming, as in depressing to edit — it might not get finished.) We started on my old step up from the last two weekends, and that was fine. Then we moved down to the three tires in the parking lot, and I sucked. For some reason I couldn’t bring myself to slow down, it’s obvious in the video. I took four practice runs by it, and they go from OK to was that supposed to be a wheelie? Likewise, my turns over the tire were not great either. There IS a balance there, and for whatever reason, I couldn’t bring myself to come in slow enough. And the video isn’t very good either… I showed too much of the exit and not enough of the entrance.

And the bike decided to misbehave at the end, it was running like it was out of gas, and then it wouldn’t start. Time to rip the carb out and clean it again… maybe have a better look at what the various vent lines are.