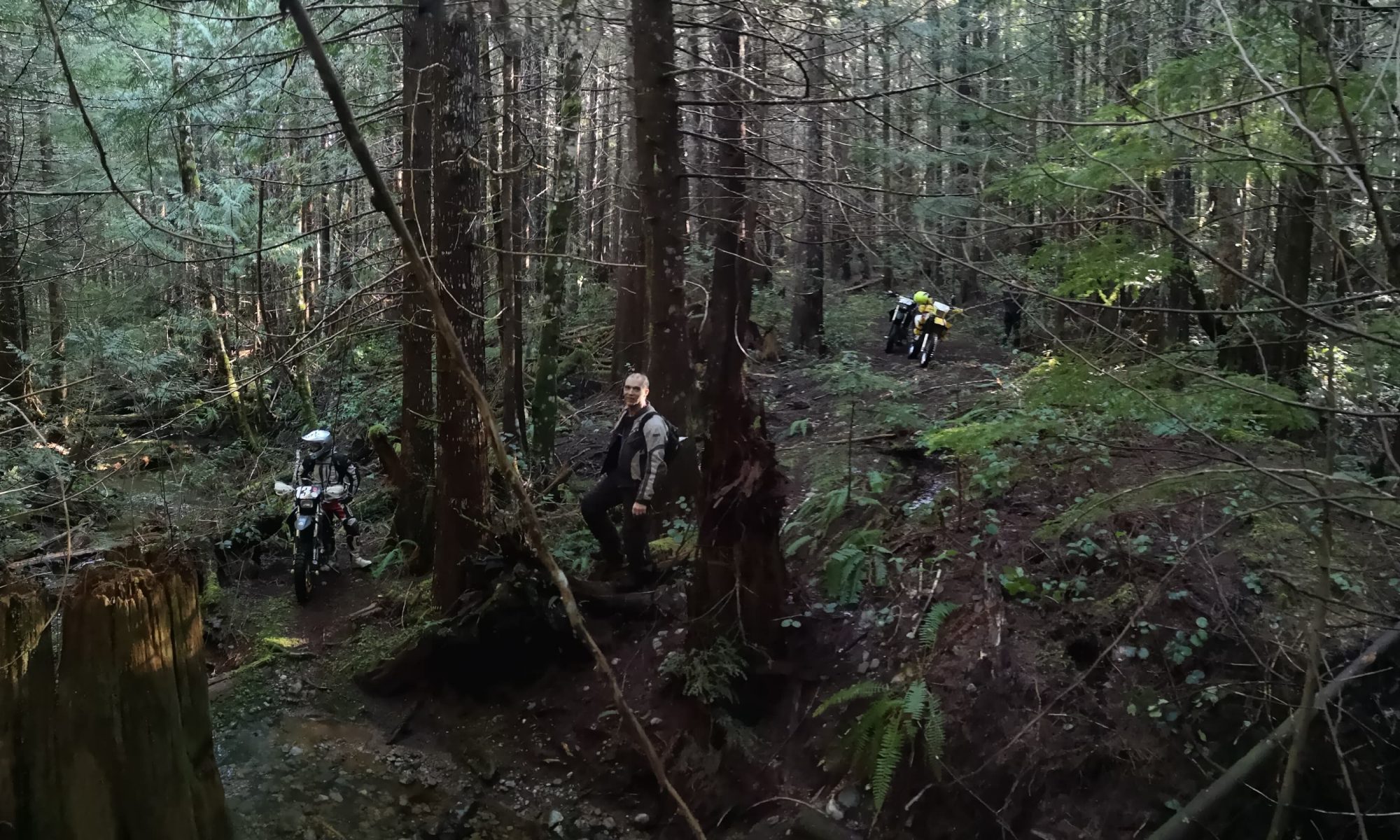 Back out in West Sooke. Chris, Scott, Brendan, myself, James and Dave B. Unfortunately, I was an idiot and entered through the track with the big hole in it (fun) and Dave followed me… well tried to, but he took Brendan’s old line. That’s the second time he’s swamped the 701 riding with me, and 2nd bike the hole has claimed.

We did the normal entrance, played on the big bank (both up and down from Lucky Lane) … there’s a case of having to hit a line accurately! Went down the power lines to the Jacob Creek connector. Spent a some time on the cordoroy road. Had to back up at one point as there was a couple of big trees down, so we backed out and ran up to the main/first/top entrance. James insisted on taking the first left, which was pretty and interesting (but wrong). Second left got us to rock garden I expected and through to Kirby with some sweat. Scott and Brendan went home at that point… we knew Scott was on a short schedule. James wanted to re-visit big-rock, so we dragged Chris through there. Turns out my bike wasn’t charging right (would run off the stator, but not recharge the battery), which made the downhill/exit from Big Rock interesting had to bump start twice but managed to keep it running through all of the slash.

We exited a bit early, but it’s always nice to get home in daylight.