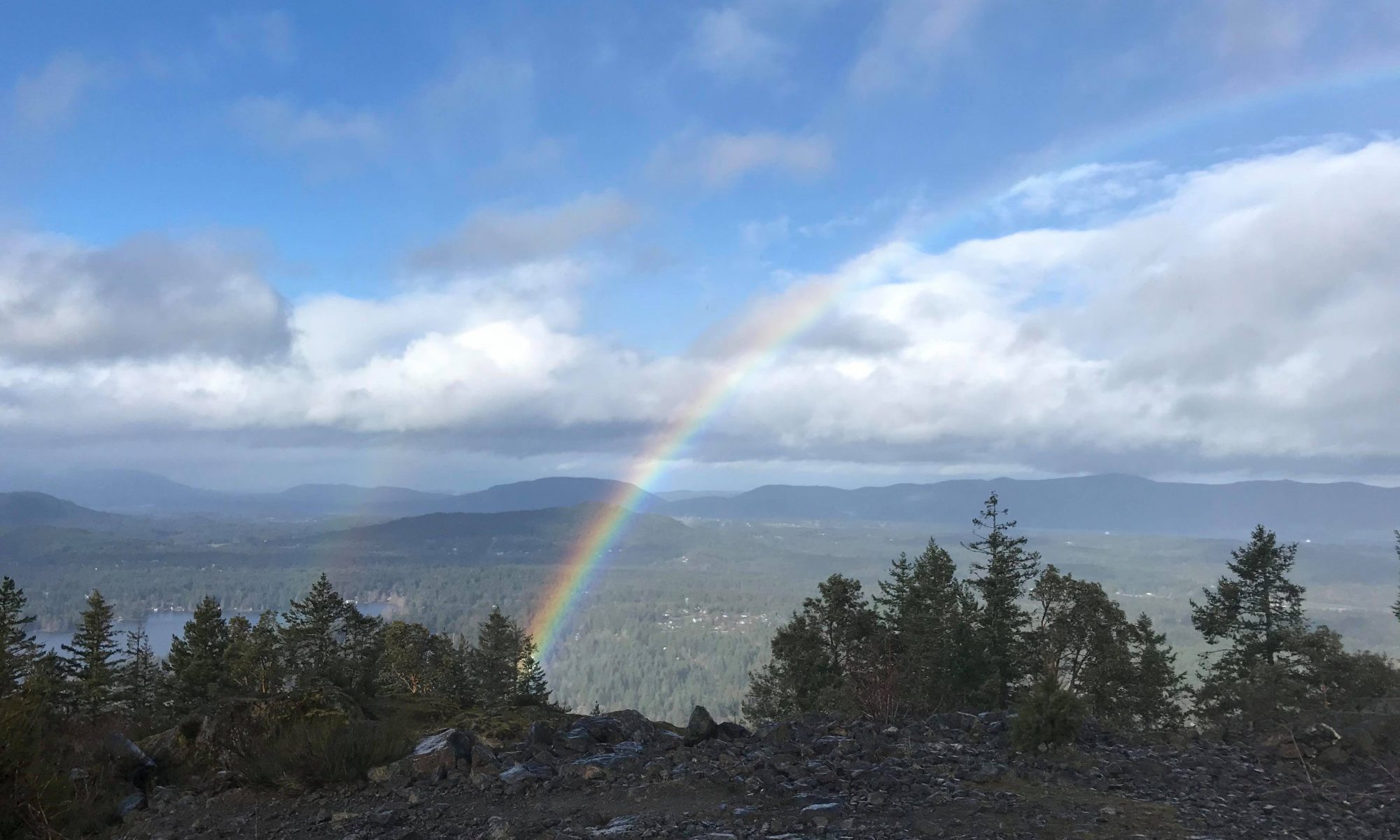 James asked if we got fooled by the “blue sucker hole in the clouds”… Yup. Semi short ride, pretty wet.

The ride up the malahat was the worst. We got pretty soaked there. Enough so that I never swapped to lightweight gloves, and I kept both the rain gear and the jacket liner on the whole day. Ride went up the west side from the ITSC property and down the East side through the Oliphant/Mt Wood area.

We did find an interesting track off MG1100. I’m not sure I’d want to run it northward on a dualsport, and even as it was, there some bigger logs in there that were a challenge… which was Rob’s summary at the end “Challenging”. I didn’t trace it all into OSM as it looks like we might have cut through some watershed land. And it brought us back where we had come from… so we ended up re-riding a good few km.

I think I need to splice up some of my GPX tracks and color code them… it’s “too hard” to find the good single track. That’s true on both sides of the lake (due to the recent clear cuts on the east side).

Title pic by Rob T. I shot some video, but have no idea how it turned out, the lens would have been wet most of the time and my gloves weren’t much use in trying to dry it…. and putting on wet gauntlets is SLOW so I didn’t take them off to take any stills.

(p.s. did another 90 minutes or so on the trials bike on Sat. Bike misbehaved and cut the day short, but I did better on the “tire” obstacle for having seen that speed was killing me in last weeks video.)