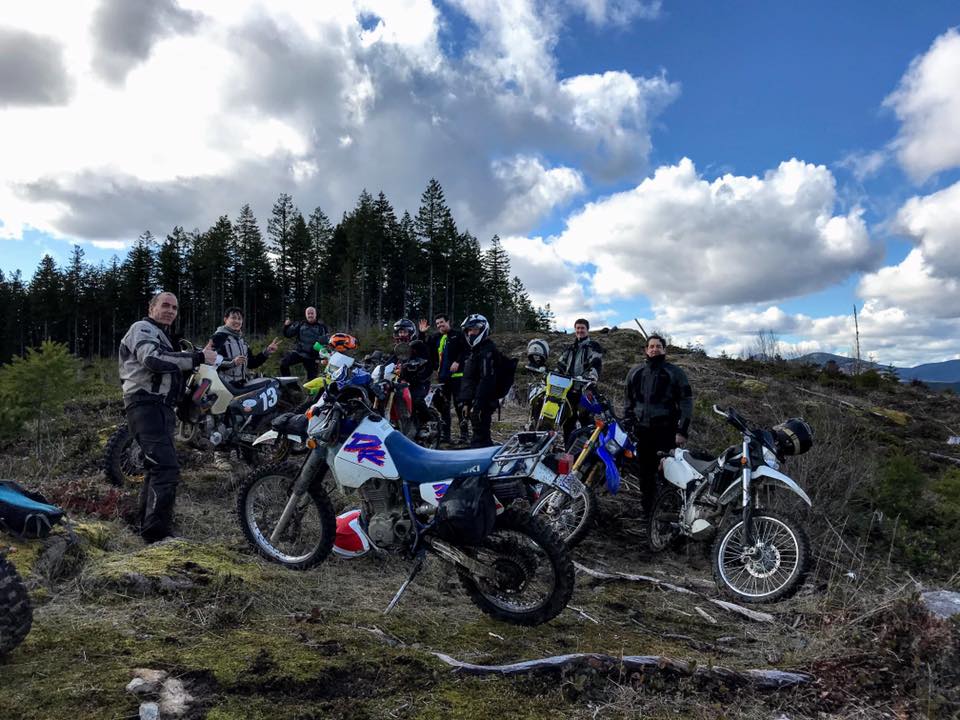 Chris wanted another (lemming) “death march”. He got it.

It was a big group. I wish I could have mixed more, but I was generally either leading, or at the back pushing / sweeping.

I’m writing this up a week later, and the (new) names are already fading :( The gal that was riding with us had a rough day. There was at least one early drop where a foot got bruised, and then at the end of the day on a rough (mainline) downhill, she broke a bone just above her wrist (x-ray at end of video).

A few random pix stolen from the FB album.