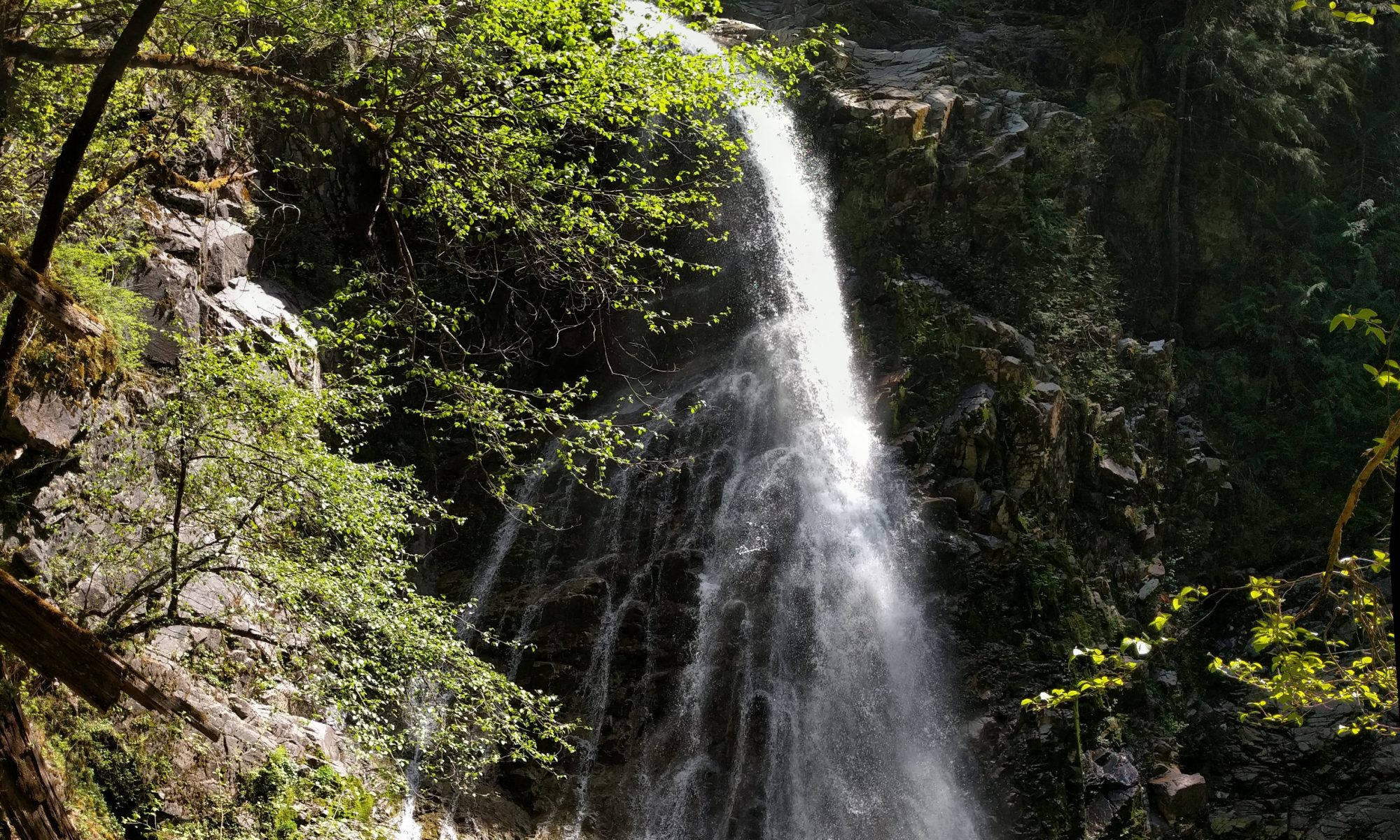 Chris wanted a long ride, he got one.

Bit of a bummer ride really. I took the GPS off the bike to record the trail to the waterfall, and somehow lost it. Other that that major downer, it was pretty damn good. I was early for the westshore parkway rendezvous, so ran up over Oliphant and hit the Shawnigan Lake gas station meeting point instead … except I was the first one there and not sure if I should wait, or blast up Kapoor looking for the others.

Route ran out over Todd Mtn, Fleet 600, Fleet to East Fleet, South Mn to Robertson, and then along the N side of the river, over the ATV bridge, and up Roaches to Pacific Marine. ATV tracks along that to Traces Main and then up that to the falls.

There IS a trail to the south, so you apparently can walk in from Roaches Main. I was going to map it when I realized I’d lost the GPS.

I wanted to scout the hill to the SW of Lake cowichan, but with the GPS missing and the main gate at 19 Creek shut, it didn’t have as much point. (I was hoping to find somewhere I could take the van, will have to start at the park I guess.)

Ended up riding back to Duncan with Mike via Hill 60. Found a new track, which apparently had excavator or bulldozer tracks on it years ago. Very weird to ride on, whole bike was shaking, somewhat like riding on railway ties. Also ran back through Oliphant on the way home (Benko to southern exit).

(Ordered another GPS when I got home, hoping it gets here before the weekend. Startling to realize how much I depend on those tracks.

p.s. One stretch of snow at the top of Fleet 600 (1000m). 12+ inches … Won’t be there much longer. By the same token James and Devin were snow-shoeing on Heather Mtn , 2-3 meters I was told. (GPS track shown is an edited version of Chris’s track, showing where we travelled together.)