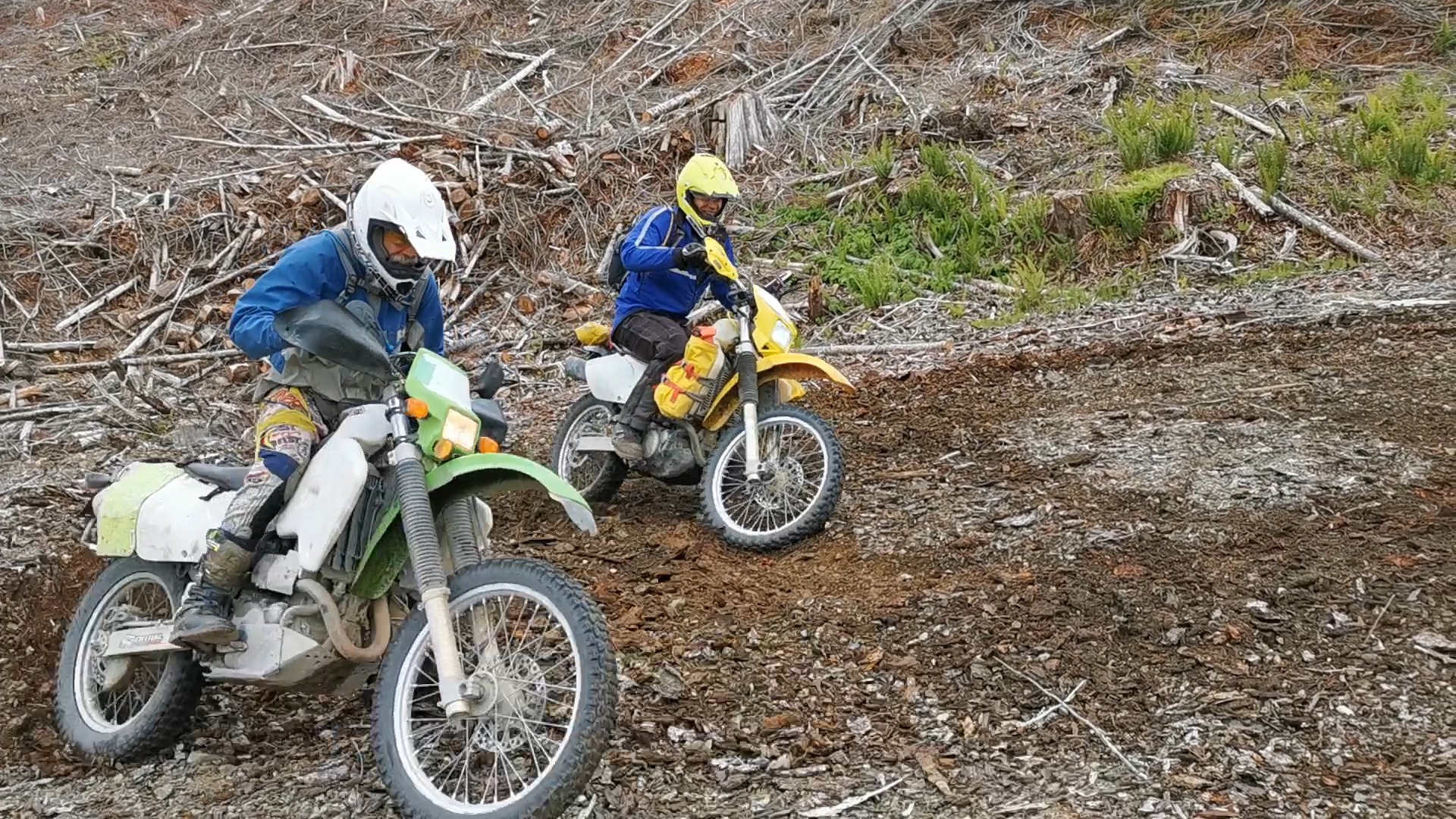 Rob and I were debating whether or not there was a connection between Stoltz Main and Robertson Main, consequently we made plans to go scouting…

There currently is a connection, and if you go in from Stoltz Main instead of via Pete’s pond, it is probably mainline. (The first bit of our route had some face slapping willows.) I’ve combined tracks from at least 3 different rides in the track shown above.

This could make for a good LONG big bike ride if you wanted. Running through Fleet 600, across the San Juan river and over the Todd Mountain shoulder is nice, but not for newer riders on bigger bikes. Fleet 600 is steep at both ends (particular the southern end, and the climb from the old railway to the shoulder of Mt Todd is “far from mainline”.

The mainline (easier) path would be to run all the way down Fleet to the end of Kapoor, and then since there is a slide on Kapoor, south-east over Williams Creek main to West Jordan… then north to Kapoor or south to Butler depending on where you are headed.

Anyhow, the track above is a small part of a great long ride with Rob and James. Three idiots who expected to spend a day exploring, but found the route trivial, and consequently ended up being out in the middle of nowhere with too much time and gas!! I have video, but no stills. Much thanks to Rob for the great route into Louis Lake.

(And for memory’s sake, I had a “solid” drop on this ride. I must have hit a small rock that rolled under my front wheel, while I was running through a corner. It would have kicked the wheel over and turned it a bit. I was cornering hard enough that there just wasn’t enough traction to recover… so I went from on the berm, looking way ahead … to sliding down the track with a good 5 or 10 foot skid/washout from the front wheel on the ground behind me. No real damage… I’m sore, and the new handguards are no longer new. The pressure suit does need some repair though.)