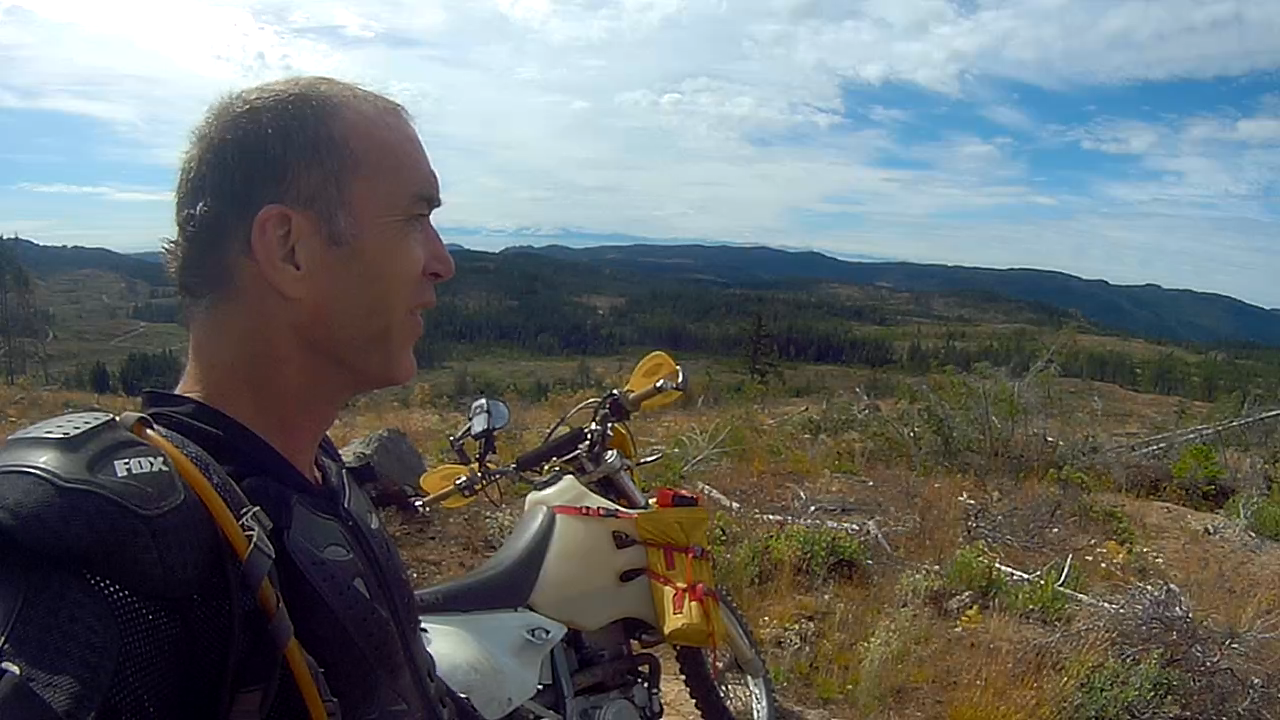 This was supposed to be a quick run through Oliphant, with a couple items I wanted to check out…

Of course it never comes out that way. I had my share of “oohh shiny” moments, and explored more than a few tracks that were not on my list.

I wanted to try to get up the hill just south of the Mt Wood radio tower and west of the lake (succeeded).

I wanted to do a portion of the “Old Baldy Trails” that was shown in OSM, and which I thought we’d failed to do a couple years back because it was steep. That didn’t pan out, the trail I wanted to access doesn’t appear to exist, and the alternatives I looked at are either dirt bike or trials bike trails… which end up go “straight up”.

I started fairly early, and hoped to be home early (failed). I’m thinking that starting really early (leave house at 7 to be riding the trails at 8) might make sense during the summer hot season. It would certainly make sense if there is trail-building to be done.

Anyhow, as alluded to above, I found a few trails, many of which I either declined to ride to their ends, or failed to do so. I found a neat area on that hilltop, it’s still mostly bare earth where the heavy equipment was, and there is lots of bare glacial rock up there too.

But I was absolutely beat at the end. I chose to come out at Serious Coffee and ride pavement from there instead of coming out on the malahat (without coffee) and the shorter ride. I spent a good few minutes resting at SC before continuing home.