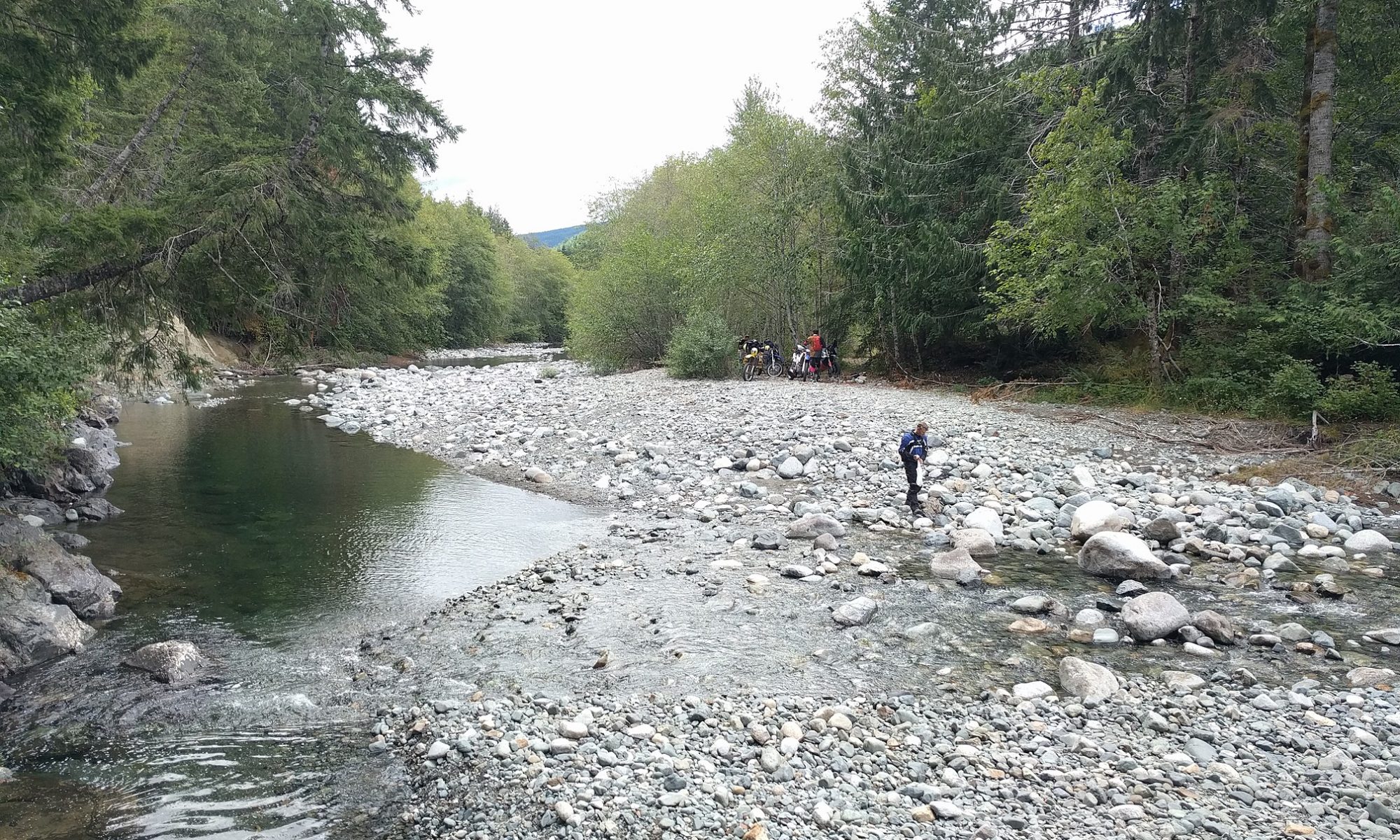 This was supposed to be a loop up towards Coronation Mountain and perhaps Brenton and HollyOak lake. Unfortunately we got blocked by a gate. Alternates were a bit of a toss-up, but we didn’t have time for a long day, so a big loop that didn’t take us too far “in” seemed in order. I got to see Chris’ new connection from Stoltz, although it is south of that sketchy Fair Service connector (I thought it was north, and would cut out that crossing).

It was a good run, last 2/3 of it were mostly routine. (Hill 60 is always good, and Richard and Geri seemed to really like it. )The run up to toward the peak marked as “Seymour Range” in OSM was sort of fun, lots of switch backs to let the backend step out on. Nice view down over the Cowichan river, not that I stopped to take pix. Nice little ATV connector to Stoltz. Looks like that ties back into area I explored years back. It was trail back then, now it’s new logging roads. I suspect that the connection up to Seymour Range was the right hand fork I did not take and never got back to.

Pic is from the lunch stop off of Meade Main.