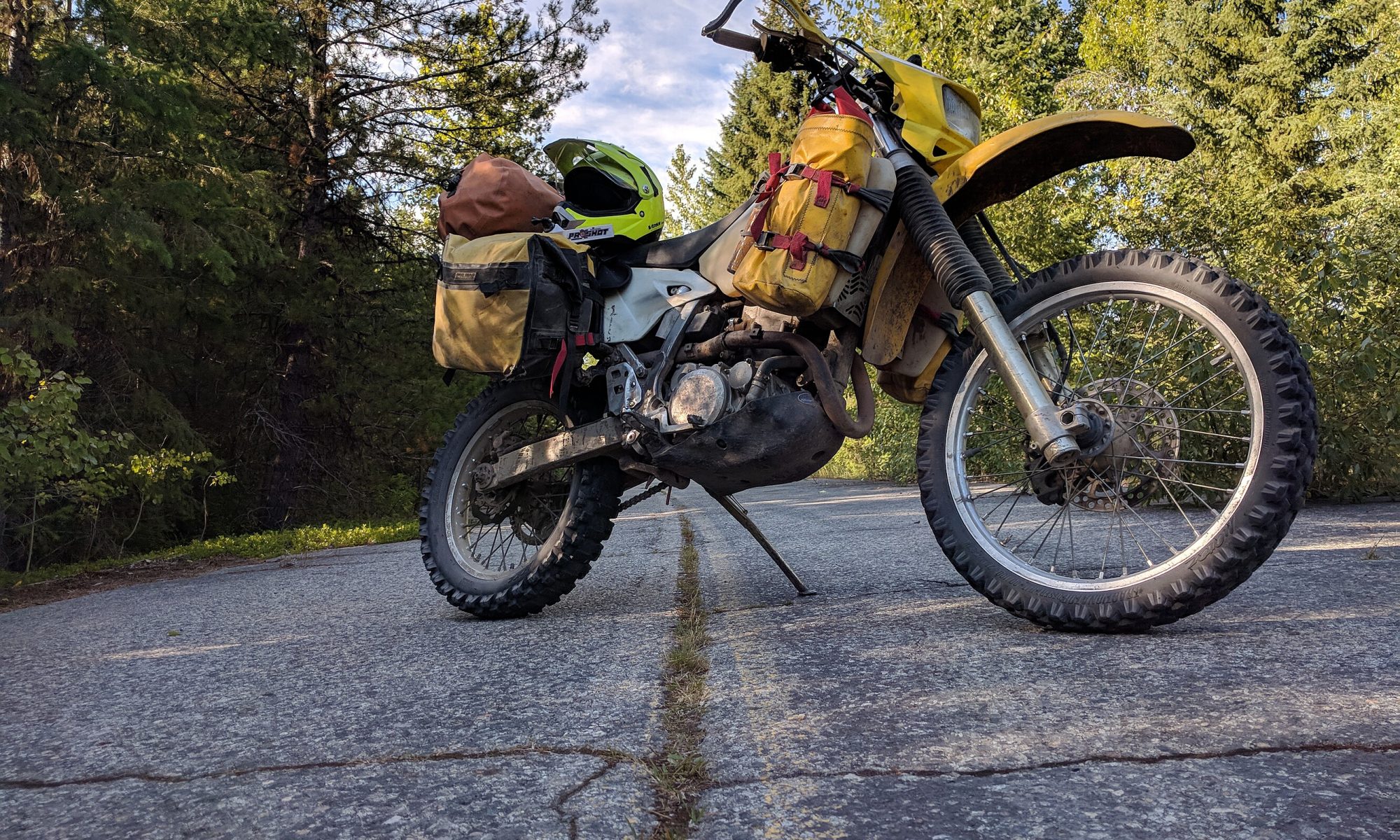 Lots of pix for this day. We started at Aberdeen Lake.

(Possibly worth noting, the chunk of the TCAT just north of Conkle Lake went from boring to hard (“Rough” waypoint)… I learned that a rear brake squeal possibly means an overheat. The rest of our riding with the exception of the whipsaw, was big bike friendly.)

A short way down the road, we hit the rec site we probably should have been trying to get to (before we ran out of light)… Ideal Lake.

And a quick lunch time stop at Idleback Lake. After a quick swim, this got nicknamed “leech beach” for obvious reasons. Nice looking sand “beach”. I went to scrub my feet in it and quickly got out of the water :)

A quick stop in Greenwood for gas and something cold.

I’ve been through Greenwood before, and even been by the Phoenix mine site, but never had time to poke around… still didn’t have time to explore, but did stick our noses in.

And just before you get back to the highway (going east from the mine site), there’s a chunk of old highway. Apparently I scared an eagle or an owl off a branch and he was flying just above my head when I was riding down this. I never saw it :(

This next pic is just a visual reminder that we rode the “Rossland Cascade Road”, which is very twisty on a map. It is mainline (perfectly fine in a minivan), and we did have some dust issues when we caught up to a backhoe which was “up sun” of us. Ended up pulling over and caught up again later in a damper area with more forgiving lighting.

Destination for today’s ride was Mike and Shawna(?)’s amazing place in Rossland. Their plan for it is a athletic themed BNB. It’s like a mini craigdarroch castle… partly because it was built around the same time. It’s worth a post of it’s own!