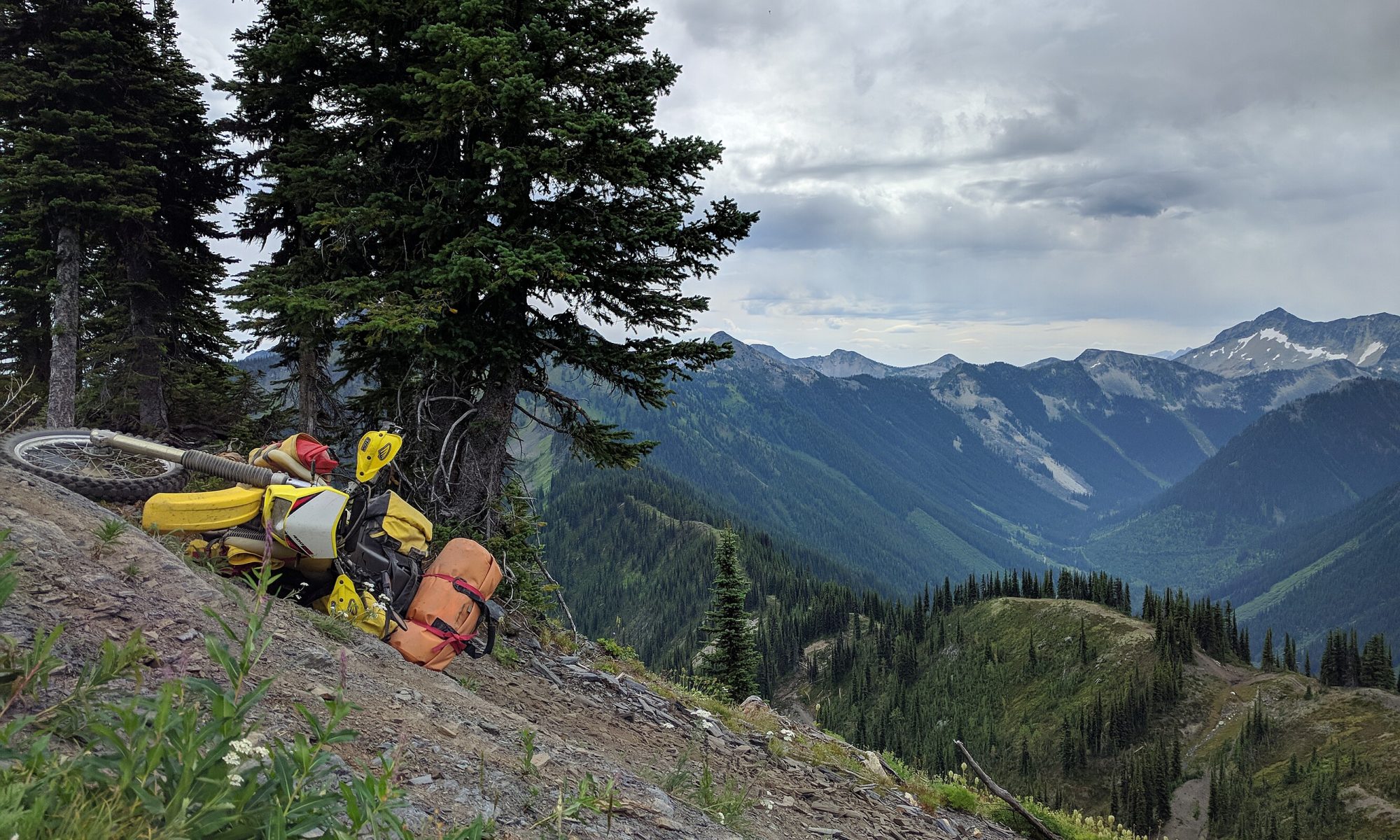 Thursday morning didn’t go quite as planned. 10 AM coffee came too late and we literally missed Sandon.

We were packed by shortly after 9, and I was curious to see “where the road went”. Well the abandoned “town” of Cody is just up the way, along with the remenants of an ore processing plant. And above that was this cool track up the “hill”.

If we’d gone through the town, we probably would have seen pictures and maps, and had a better clue of what we were looking at. Let me throw in a few links for Sandon, since I really didn’t take pictures to do it justice. Sandon on Wikipedia, Ghost towns and Ghost buses (globalnews.ca)

The wikipedia article makes it clear the town was based on silver mining.

Half the fun of poking around ruins like this is trying to figure out what was what. There were rail tracks, and lots of cable lying around. Eventually James realized there had been a cable tram bringing ore down the mountain.

Lots and lots of wreckage. This was a different building, farther up the hill.

Given the boiler an the vast amount of wreckage, I figure this was the main bunkhouse, and thus there should have been a big shaft somewhere near… but since we both thought the track led to the shaft, we kept following it.

OK. The pic below sets up a bunch of things. There’s a peak up there that doesn’t look like it would be too hard to get to. There’s are hard to see track up the immediate hill behind the tree in the center. The dropped bike pic below is from just below the crest of that hill… and that pic shows the saddle trail that goes off to the right behind me.

Getting high enough that my carburated bike wasn’t running optimally… it wasn’t bad, but the E cams are never great at low end torque, and that was really where the bike tends to suffer… and low speed pulling power is what you need for the technical stuff.

I took a couple tries at that last section, trying to get over the crest, but couldn’t get up it. Traction wasn’t great, and it was steep. I’d have loved to run down that saddle trail in the background here, but James was strangely reluctant to go exploring.

Upon regrouping with James (his bike was geared high for the highway, so he didn’t try this hill), and consulting with the dad from a group of ATV riders that had come up from the other direction, we decided not to back down to Sandon, but instead proceed down the other side to Retallack (some MTB haven/heaven).

From there it was (nice) pavement east and south to Balfor, to catch the ferry across to Grey Creek pass. While waiting for the ferry, I decided to try to call ahead and see if I could find a set of DRZ front brake pads. I found a set in stock in Cranbrook, the only question was whether we would get there today or tomorrow morning.

After some “not slow” riding and nav errors, we got there shortly after 5pm … which turned out to be ok as they didn’t close until 5:30 :) After some more confusion, we ended up with three new tires as well. I hadn’t expected tires to be affordable, but the pair of trackmasters wasn’t too bad (they are a pretty cheap tire).

Another slog over pavement up to Fort Steele where I remember a great camping spot that I’d been to with David Williams in ’17. That turned out to be all blocked off. Not too surprising as there had been people there in RVs back then (and some of those we talked to had been there for weeks or months). Instead the track to the north of the road was fine for dual sports and we found a nice site.