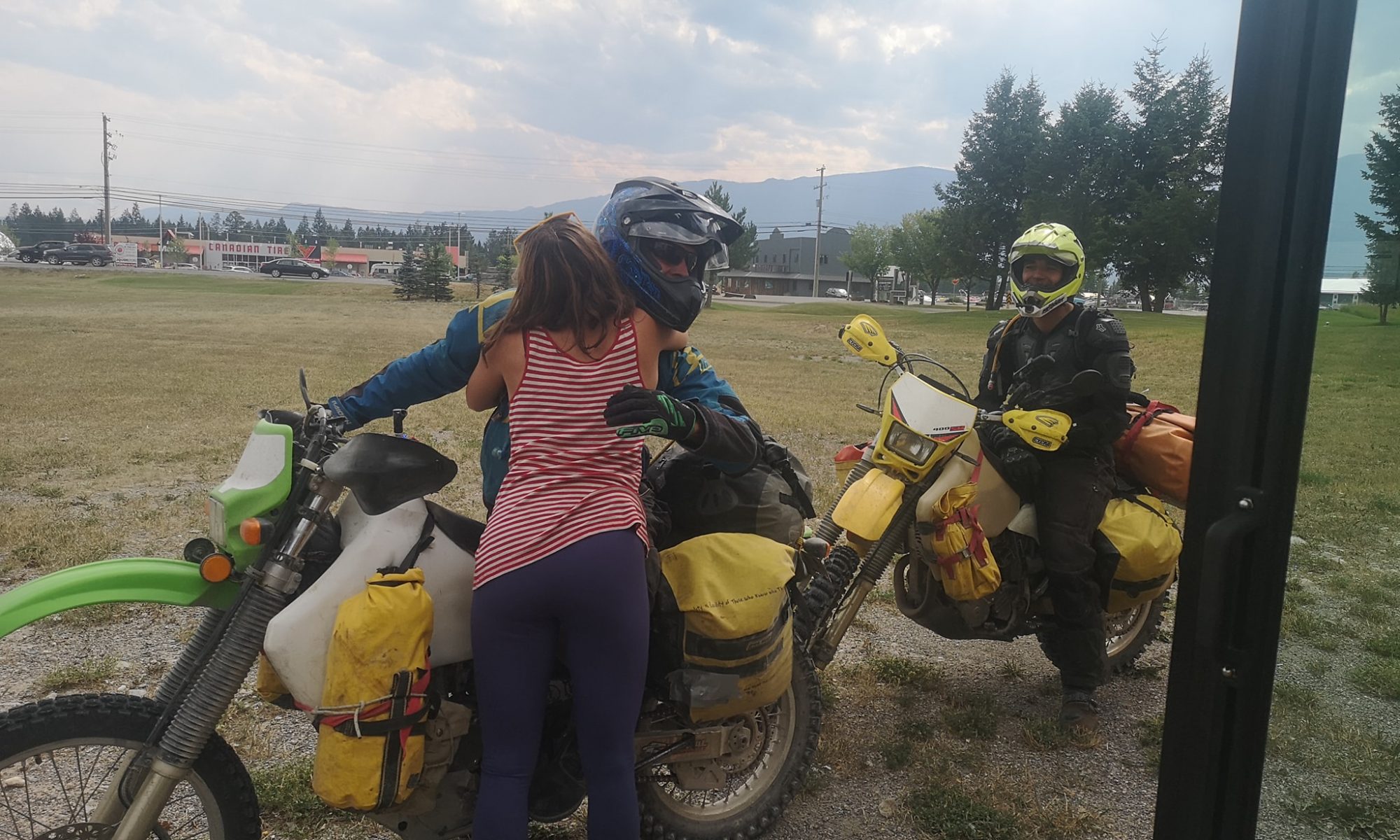 A late start, and early rendezvous made this a fairly short day. The late start was due to changing tires, and the first adventure was figuring out what to do with the old ones….

The old tires? Well, none of the locals were being helpful, despite one being in the auto industry, and the gas station having a nice big dumpster. Basically James knew what “garbage transfer station” meant (I did not) just north of town. We had been pointed at the “Wasa dump”, but it was probably just another transfer station (farther away).

So, the ride to Invermere. We had several options for routes, but it ended up to being an attempt to replay the route that James guided MTBs through… which would have included a “warm springs”. We found much of his track. Looking back on the GPX track, and looking for a turn that I think I got wrong with help from the GPS (perhaps a track that isn’t shown as connecting), I now see a Ram Creek Hotsprings, just off our track… on a track that would have gone between the peaks and brought us out on Lussier way upstream (by cutting across its bend). That turn was a couple km before the road had been deactivated and we had to follow a rough 4×4 by-pass.

When we came back to pavement at Canal Flats we had a couple more options, but the decision was simply to get to Invermere and find the rendezvous.

I must have been zoned out or focused on something else, because James spotted the big school bus in the grocery store parking lot (and I missed it completely).