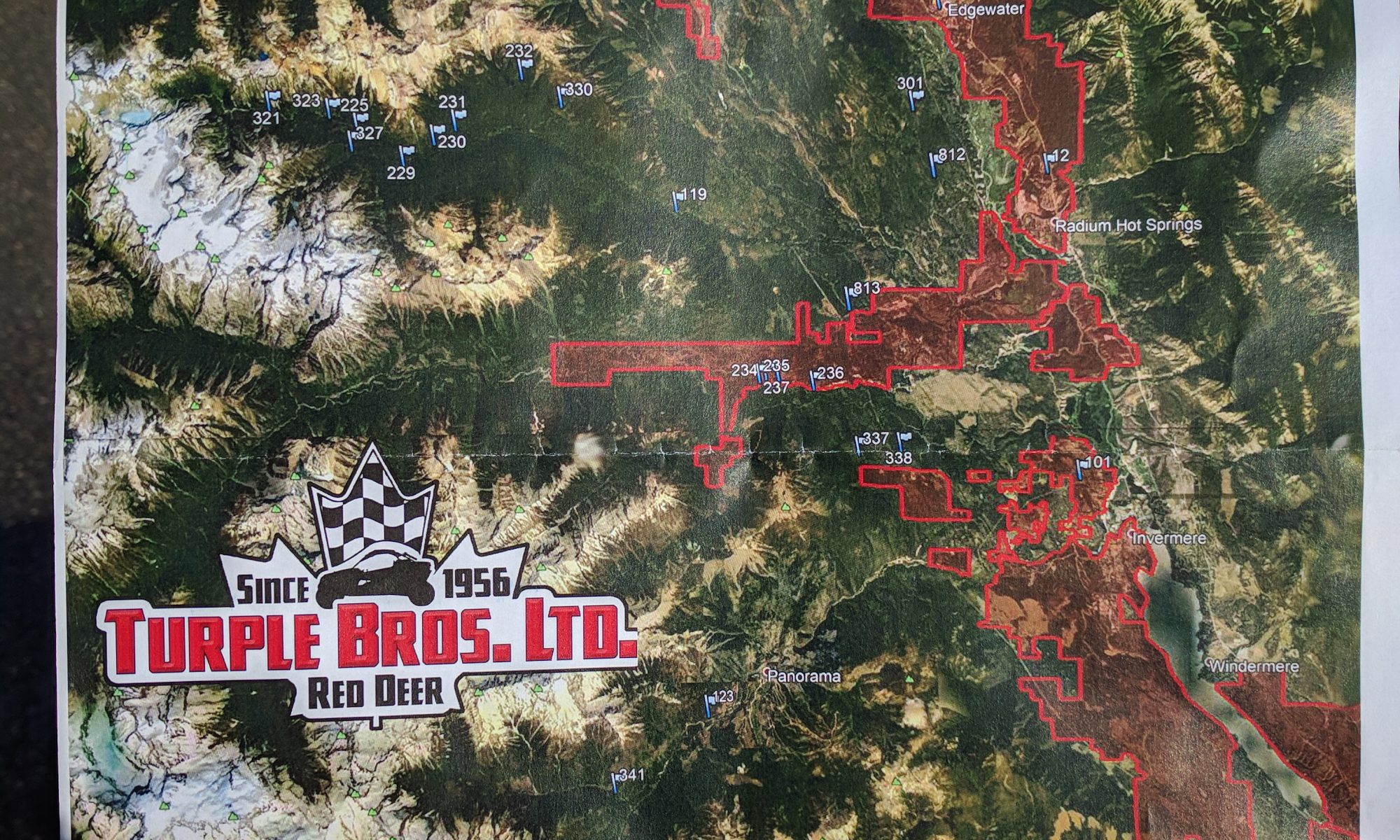 Day 1 of WANDR was both interesting and underwhelming.

It took a little while to get the hang of the navigation logic. It really IS about maps, and we should have spent a fair bit more time looking at maps instead of just trying to guess at how we were going to get into some areas. In fact a really competitive team probably would have tried to reverse engineer the main key onto a real map. We were leaning on Clay, as he has done the event multiple times before.

The satellite image is a fine start, but it almost certainly doesn’t show the roads on purpose. We had trouble getting started in the top right area, we couldn’t find the roads in to the first waypoints.

Once on the main FSR, nav was usually pretty simple… Once you got close to the waypoints, the app was supposed to give you a range and direction, but at least on my phone, the direction indicator was usually way off, so you ended up focusing on warmer/colder. Anyhow, in the Adventure class, the riding wasn’t supposed to be hard, so it was usually just a matter of figuring out which spur the waypoint was likely to be on, and running it down.

So, if you’ve read this far, you may have already noticed the “underwhelming” part. The riding is easy/fine. The trees are nice. But where the f*ck are all the mountain peaks, glaciers, and other drop-dead views that were part of the advertising?

I wasn’t the only one thinking this way, so some of us talked to Trent (the organizer). “We came to Invermere for the views… we can ride FSRs through the trees at home. If we were to skip competing on day 2, and instead try to take the group up for some nice views, where would he suggest we go?”

We took his suggestions back to the campsite (Peter and Sue’s place), and discussed our options with the rest of the crew.