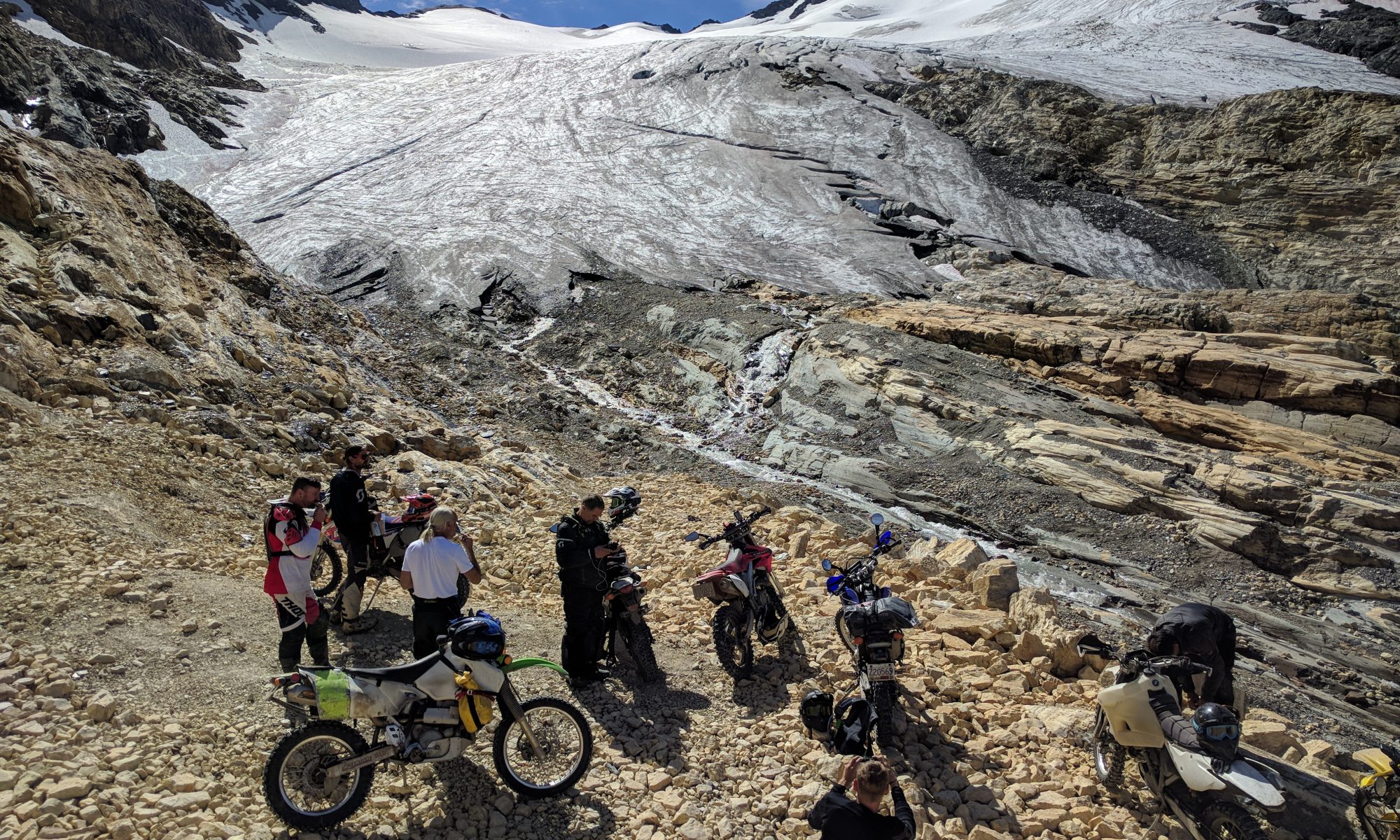 The second day of riding in Invermere. We did collect and return a WANDR score sheet, but we did not find any waypoints. Instead we followed Trent’s instructions for collecting lots of great pictures.

The plan was to be on the bus shortly after getting back from riding, which meant we wanted most of the campsite packed up and ready to load. If we were trying to be competitive, this could have been an issue. You pick up your score sheet no earlier than 8 AM and have to turn it back in before 5 PM (or get a penalty based on how late you are)… and we were probably an hour late both mornings.

There’s some back story to Steph coming up on the glacier by herself. The group dynamics were a bit complicated. There was no real group leader, and communication could have been better. I often play sweep, and I did do my turns helping folks, including running back down from near the top of this track to tell the riders on the other side of the creek crossing that that they DID in fact want to cross the creek and climb the hill. In short, Steph and Derek got left behind for a while.

We pretty much bee-lined it back to the campsite from here. We loaded the bus, then took another quick trip to the beach for a quick swim before loading the bikes. Chuck drove the bus up to Radium where we met Clay and Derek for a good-bye dinner. Scott caught up to us here and drove through the night to Tsawassen. First ferry, and I was home in Victoria by about 10am.

That bus is a pretty good way of moving people. Eight days to get there and an easy overnight trip home. Thanks Scott, Steph, James, Peter and Susan, and all the other riders. Great trip!