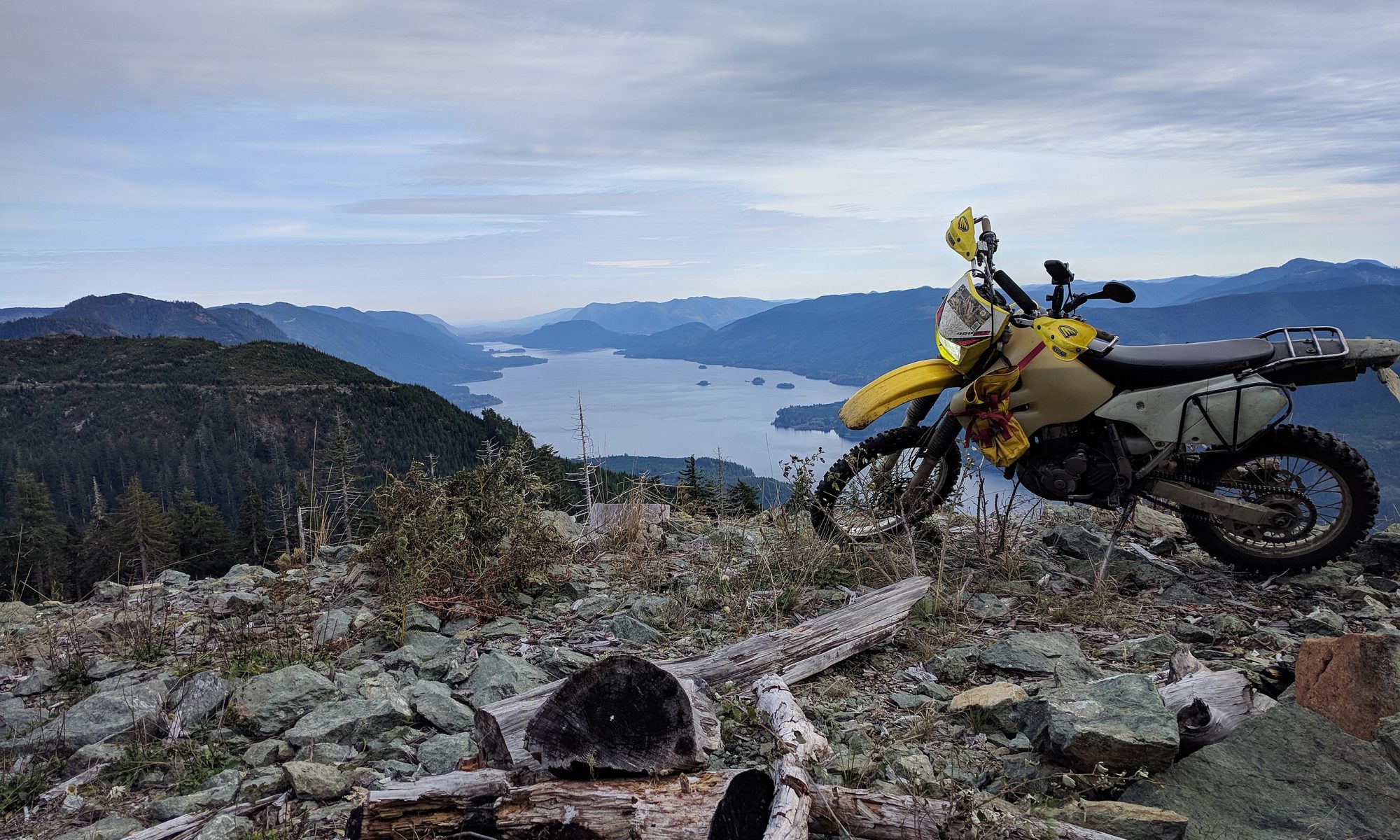 I trucked the bike up to Youbou as I don’t want to use that bottom end any more than I need to. That worked well, as I returned to the truck sunday morning and unloaded the camping gear, which gave me 5 or 6 hours of riding a light bike.

It turned out I had forgotten some items. Stove fuel, the mattress pad, and a sweatshirt. The stove usually only gets used for hot water (coffee, hot chocolate, oatmeal, etc)… I could have done that over a fire. Although getting a fire going wasn’t trivial. For the mattress pad, I cut a number of branch tips and stuffed those under the groundsheet. I also stuck a couple between the tent fly and the guide tarp I finally used (it’s too big!). For the sweatshirt, I simply did without, and it was a long cold night.

GPS and pix to come. Want at least a placeholder for now.

Lots of beautiful views up Shaw Main. And Little Shaw Main had some more, plus technical riding.

I was supposed to go see if I could reach Heather Lake, but North Shore FSR at 70+ km/hr was cold, so I turned off at Shaw instead of running all the way up to Nitinat main.