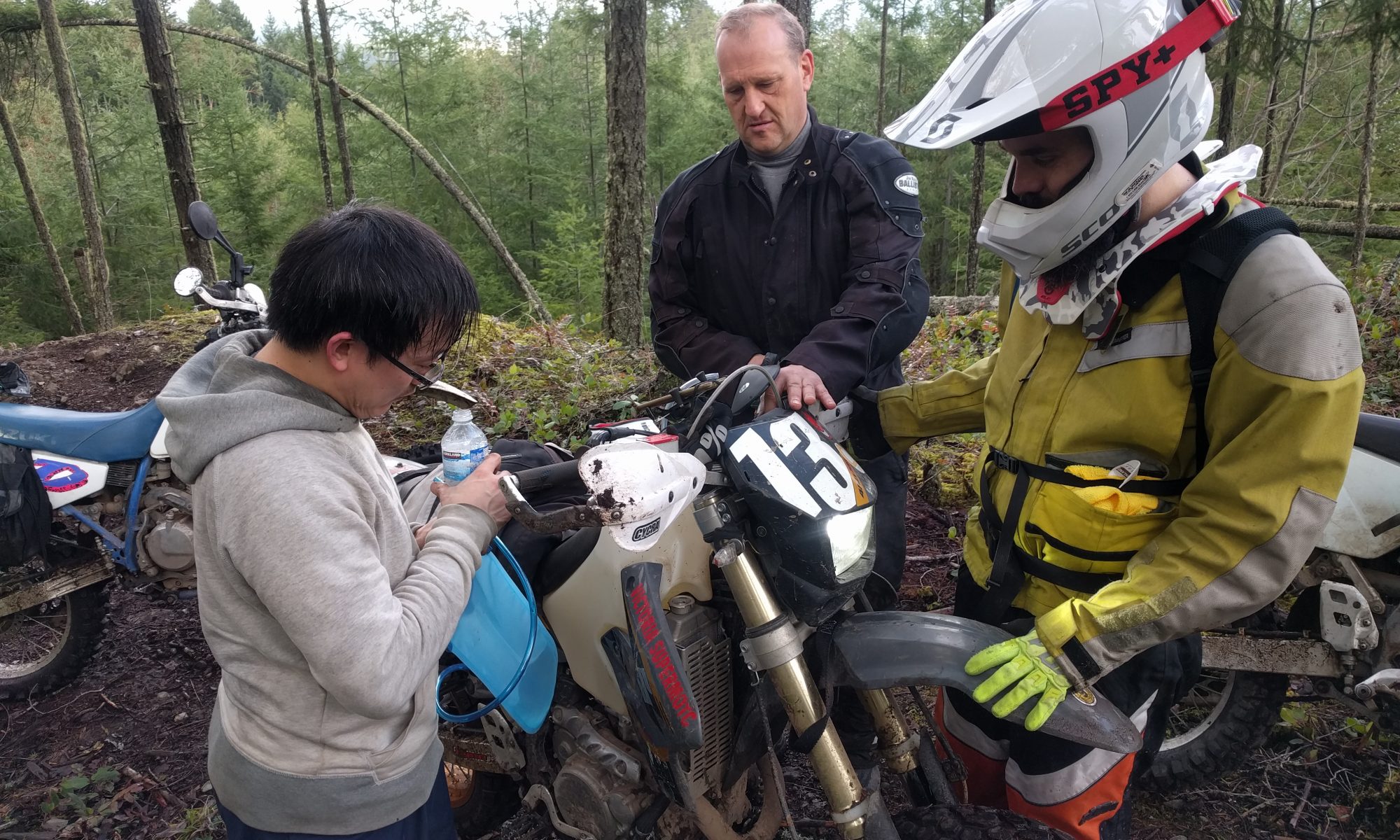 A good day’s riding. Probably the longest break I’ve ever had from dual-sport riding.

END_OF_DOCUMENT_TOKEN_TO_BE_REPLACED

Denna pointed this out, at least a couple years back. I’m pretty sure it was a reference to one of the star-wars movies, but I could be wrong. It was a rant about how the movies don’t show the learning process. In the very first (70s) movie, Luke didn’t enjoy training. If I’m not mistaken it was part of the empire strikes back too. Modern movies? The kid makes up their mind to do something, and all the skills magically happen.

Learning is a process. You _stretch_ your skills/boundaries/abilities/strengths. It doesn’t just happen. It takes time, study, practice. It goes faster with the right training/teacher, but it ain’t instant, and anything worth learning isn’t painless either.

(what price did you pay? what did you give up? Somewhere along that 50+ year long line, I was told, you can have anything you want, as long as it is the only thing you want.)

I missed the new years ride due to some bike trouble. I _thought_ it was another case of oil in the gas, but my current guess is dirt in the carb, most likely the pilot jet passages. I thought an oil change had fixed it, so I also missed the next ride with James (5th). But I did take the trials bike out to VMC on both the 5th and 12th.

Spent a little time trying to work on wheelies. Can’t really say I’m getting much better. Should get back on the mountain bike too.

I still haven’t ripped the carb out of the bike, as I’m waiting on a new float valve and seat, which should arrive shortly. I don’t believe that’s the problem, but pulling the carb out of the DRZ isn’t much fun, so I’d rather not do it twice (and it’s an old carb with a manual petcock, so maintaining the float valve is probably a good idea).

(Snow on the ground here!)

[edit: looks like it was me screwing up and getting the o-ring and washer backwards on the air-fuel (idle) mixture screw. The inability to adjust the mixture, combined with the small pilot meant the idle circuit was basically not working.] 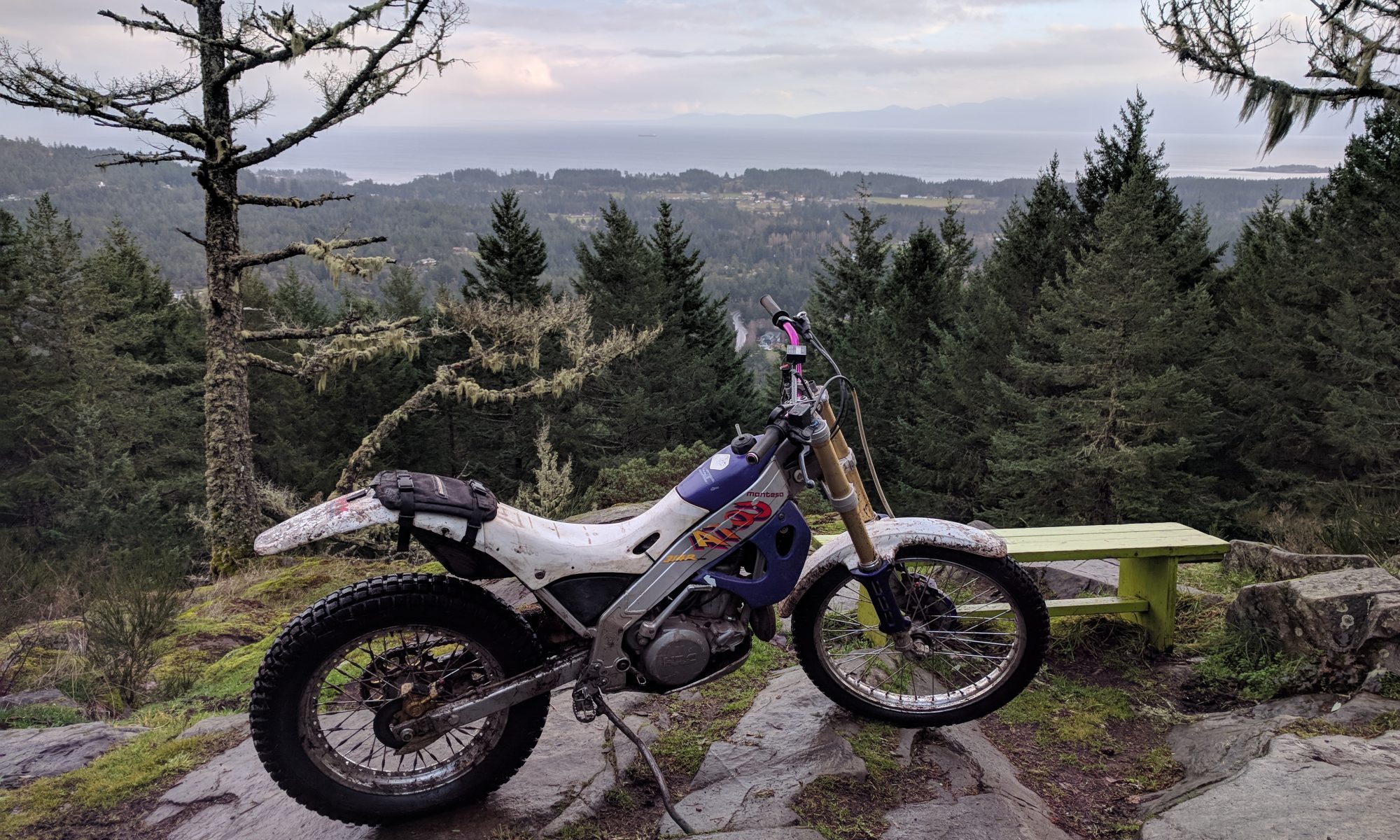 Wasn’t great weather, spent some time dodging the rain despite what the forecast said, but with the DRZ not running right…

I have been doing a little bit of static balancing on the trials bike. Some days it seems easy, other days … not so much. And I haven’t been able to do it while riding (not that I’ve had much time/opportunity).