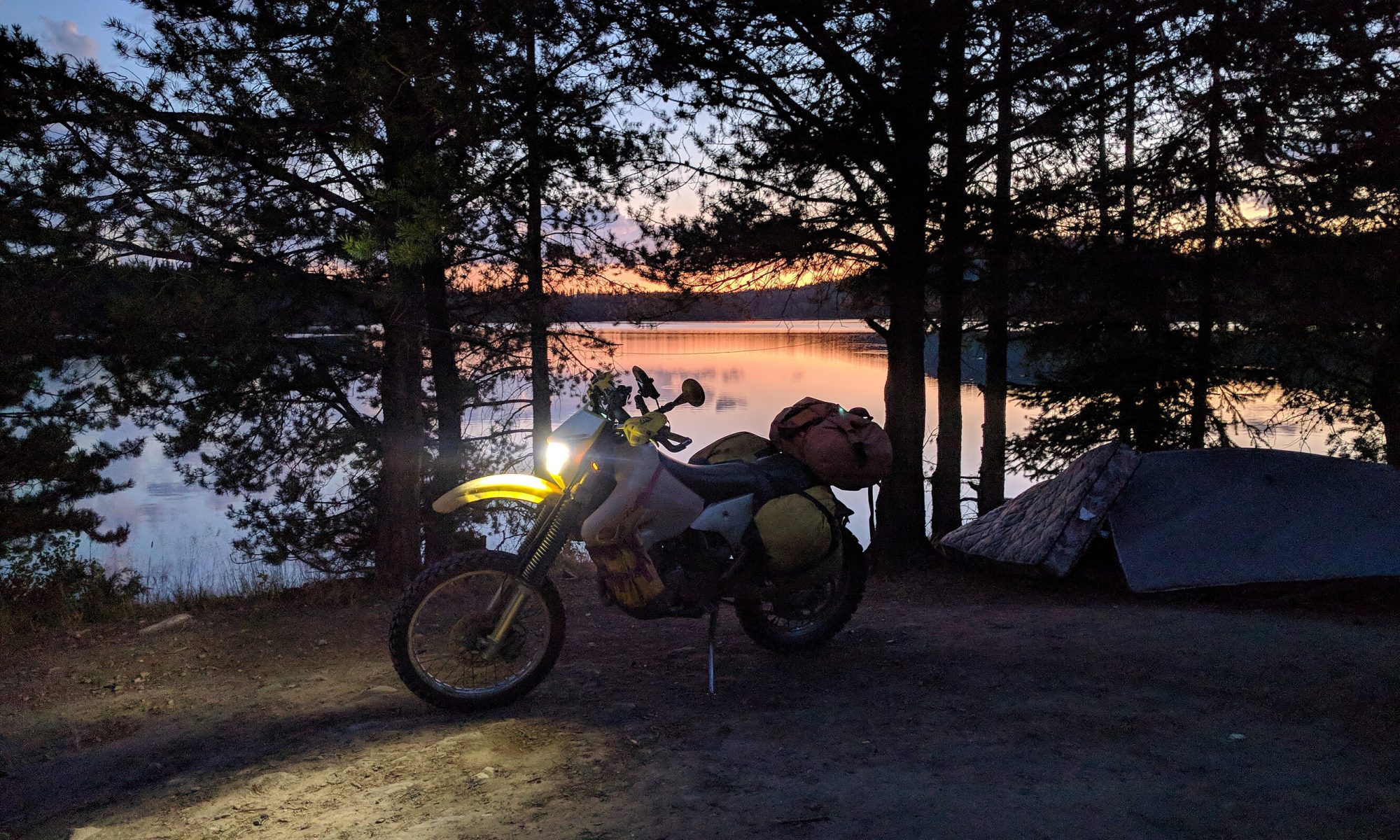 The planned route for this day went out the window as soon as I remembered I wanted to do some health checks on the bike. As happened last year (with a different wheel), one of my front wheel bearings was shot.

I had a single spare of all three bearings used in the DRZ wheels, but somehow we decided we were going to run for Kelowna so I could replace both bearings. by the time we got to Summerland I had changed my mind, and I started looking for a shady spot where I could try to do the swap.

I pulled off into a church parking lot that still had shade in one corner. James quickly noted that there was a creek running down the side of the lawn and some big willows casting shade. So we moved in farther. It was a great spot for yet more “bush mechanic” work. I had brought the bearing removal tool, but the challenge was that it requires a long screwdriver of about the right size. It turns out that the cheap steel motion pro tire spoons work even better!

While we were here, our friend from last night’s campsite caught up and passed us. He was babying his big bike on the gravel parts of the Princeton – Summerland “highway”.

From here it was highway to Vernon. The plan was to go up the west side of the lake, but I missed a turn and we got sucked into the heavy traffic going across the bridge into Kelowna, which sent us up the east side. We got to Rob’s place a few minutes ahead of schedule and spent the next five hours “chin wagging”. He and I have talked at length on the phone, but never met (he is a client of mine). From there the route was to follow the TCAT track toward Greenwood, hopefully finding a campsite along the way. We got to the first big lake as the light was fading. The lake was nice, but the site had probably seen a LOT of friday night parties.