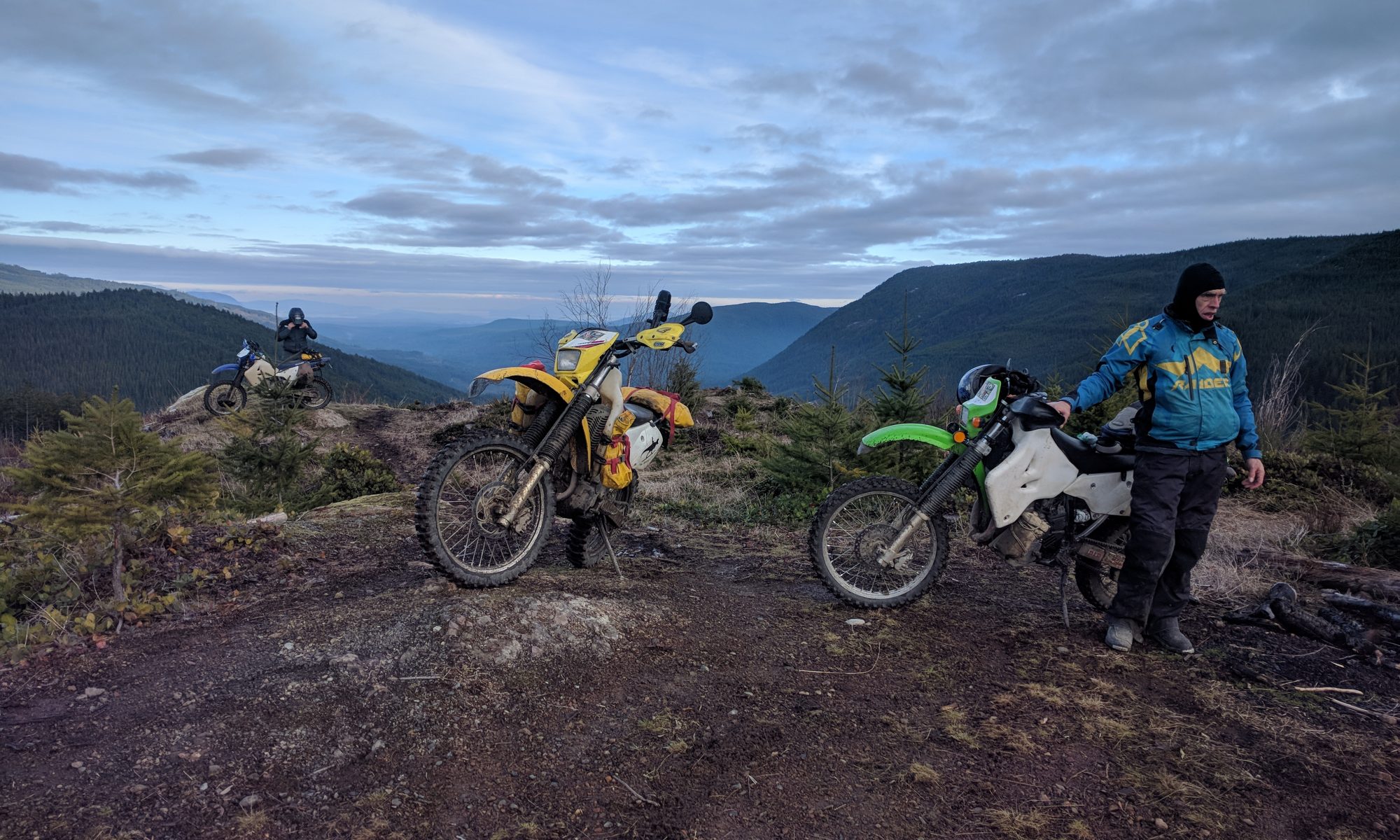 Cold and clear. Was a frosty morning and I was fighting computers/hard drives so start got delayed to 11 (and I was still late). With the limited daylight it made for a short day.

In the normal entrance (similar to last week), through lucky lane and a little more single track. Then up the main.

We took the Muir East -> Butler connection over the Mt Muir shoulder. I haven’t ridden that in a long while, but it hasn’t changed. Quick break at the start of the descent where you can see Butler valley and Mt Baker.

Some messing around to see if there was a short cut across Bear creek (not that we found). Up Butler and West Jordan to J40. (Gate at N end of East Main was open!). Poked our way up J40 to see what state the decayed bridge was in, but there were so many blow-downs that it was slow going… GPS says we got about 40% of the way to the “bridge”. We were only planning to take 20 minutes on that detour so we bailed on clearing more obstacles.

Back to W Jordan and running north. Considered taking a track that paralleled the road, but it got voted down, being late, icy, and who knows how many more blow-downs. So it was up W Jordan to Kapoor, than detour to the right, up to the viewpoint, and homeward.

p.s. I forgot, Rob scared both himself and me while we were looking for that Bear creek crossing. Bike got upset and the rear wheel came out sideways and he went off fishtailing towards a bank. He bailed and the three of us got the bike the couple feet back up the bank, but it was scary as all heck. Which considering he wasn’t doing more than 20 km/hr is scary in itself.