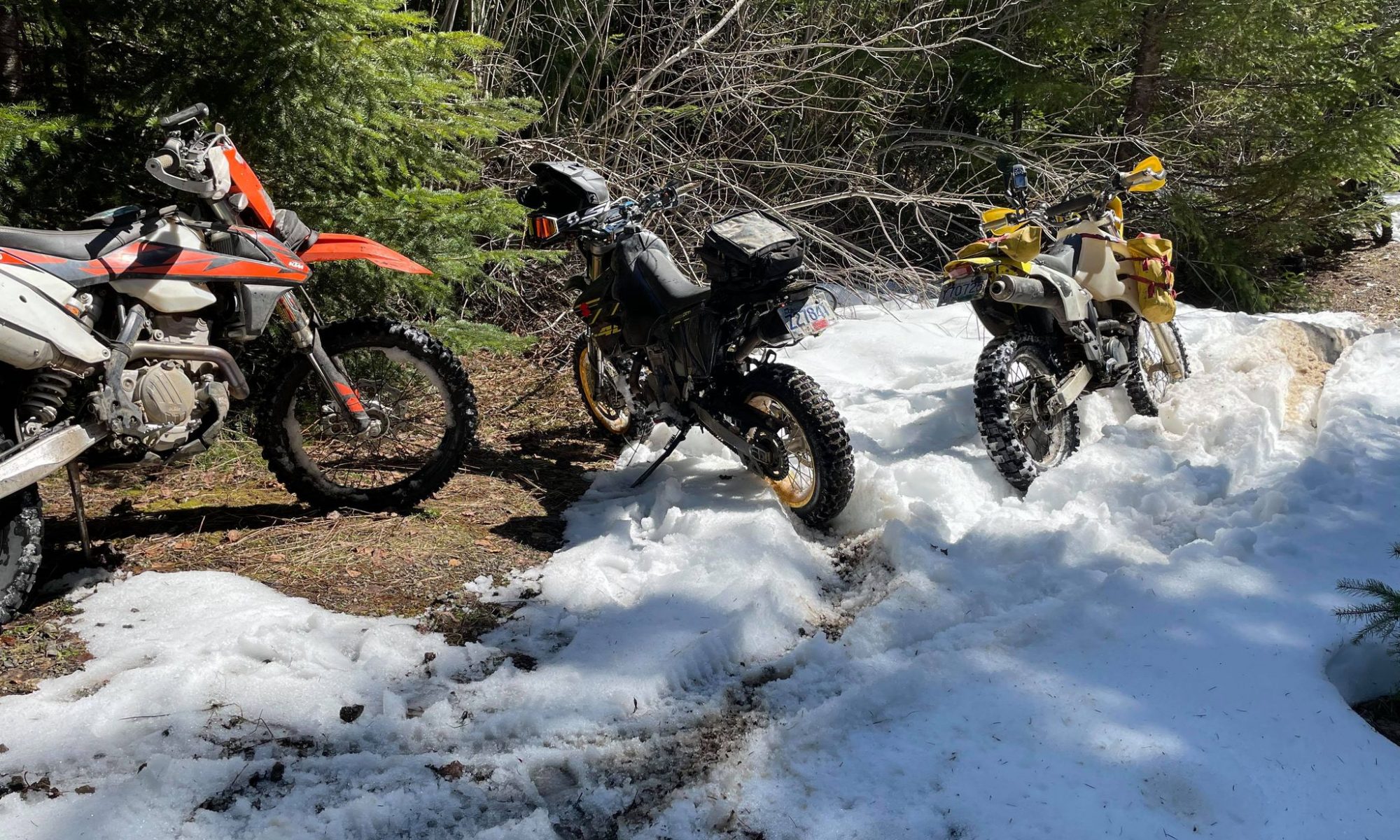 Chris wanted a long ride, as he’s been missing out on riding due to a new puppy at home. His plan was a start off of Riverside, a loop up towards Skutz falls, and an exit in west Sooke. I declined to do the FSR run to Sooke, and instead came out via Kapoor (and then ran through Oliphant).

It was a good run, with a good group of riders. Mike’s EXC spat out a fork seal (never seen that before). I think that was the only mechanical issue. He ran back to Duncan from the end of the powerline descent to Skutz Falls main. The rest of us ran up the new road above the falls and made a quick stop at the caves. I went a little farther down this time, should have taken the headlamp (like last time), it’s a LOT deeper than I thought.

From there it was past Pete’s Pond, on the eastmost track, that may have been an error as we did have to fight some snow, and the track to the west of that seems lower. Down the river, over Todd’s shoulder, revisited the Kapoor slide (it’s stlill sliding), split with Chris and took a few bikes out via Ka-hoor single track, and messed up the nav getting to the start of that track (but found more single track and new roads).

Doubled back to run Devin’s “warm up” track (first time I can remember doing it in good conditions, it’s easy!). Ran through Oliphant on the way home, including a full run of the TB2 TB3 figure eight and other bits of single track. Hero dirt conditions! Tired and sore, but it was still sunny and warm so turned off at Finlayson Arm.

Left the house around 8am, home around 7:30. Pretty sore the next day (lower back, too much standing?).