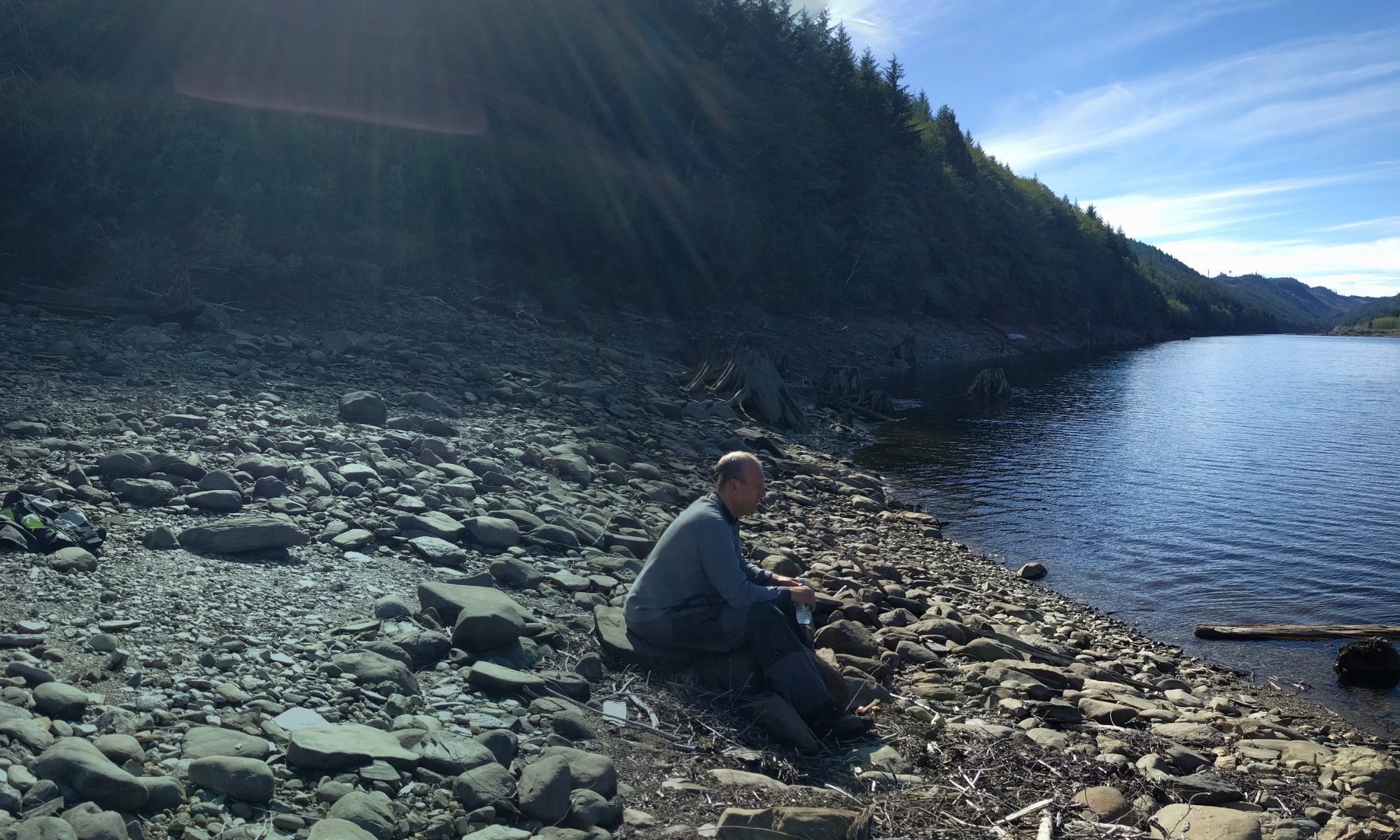 A run out through west sooke and back via Cowichan, sticking our noses into a few places I hadn’t been for a while.

We started reasonably early 9am, except it was next to my place, and we had tea and coffee before leaving the rendezvous. Then stopped at my folks place because I didn’t want to carry a trailer hitch all day … which also meant we were going from Sooke to Shawnigan instead of the more common reverse direction. It was probably something like 11:30 before we hit the dirt.

After some messing around, we got in at Tugwell, run up the tugwell spur (taking the downhill fork), down Muir East, up Muir Main to alligator, stopped at the dam, and then made a new stop between the main dam and the dirt dam. Rode out on an area that’s normally flooded, but being just past the end of the dry season the water level is still very low. Up the obstacle that now breaks East Main in two, up to the dirt wall and across the ditch, up to Butler. West on Butler to Walker main. Up walker to the end. The view over Williams Creek is pretty much overgrown :(

From there we ran out Bear Main a few km. That’s interesting. The rode was pretty new in my KLR days (’16), and they did log some of it, but lots of it is still stunted first growth and cedar bogs. I did bookmark a pretty classic looking campsite (James and Devin stayed there one rainy weekend). We turned around because we still had a long way to go and only a few hours of daylight, but we did plan to take a few minutes to see what condition J40 was in, and I also took a minute to wander down from the intersection to see if I could find the Kludhak trail … and yes, it’s exactly where it is supposed to be, but obviously not used a lot. There is a rock cairn in the alders at the side of the road, but easiest to find via GPS.

We headed up J40, and it wasn’t anywhere near as badly overgrown as I expected. I guess broom doesn’t like elevation, because it was mostly absent. A few minutes in we met some dirt bikers who had come from the other end of J40, and they said the bridge wasn’t a big deal (true). So both groups continued in their respective directions.

From J40 it was a pretty routine passage back to Kapoor, with the exception of this poor bugger we met at the end of the high road.