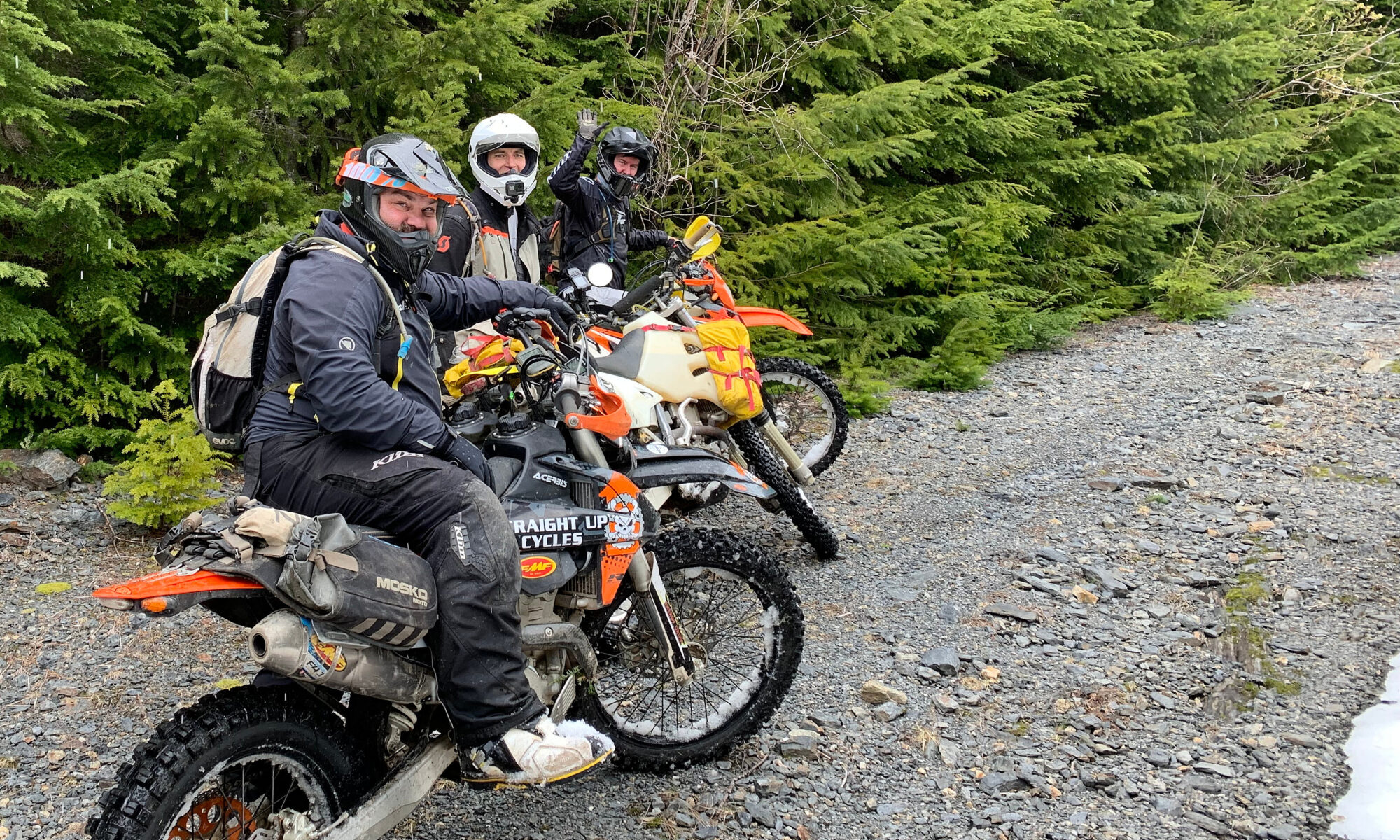 The plan started off as a ride with Rob H, so I planned to take the DRZ.

I actually enjoy jumping between the DRZ and 500 EXC, it helps show the differences between the bikes, which helps me tweak which ever characteristic on the bike that seems “less right”. Ordering a “throttle tamer” for the EXC being the most recent example.

Anyhow, this was out kapoor, over the shoulder of Todd Mountain, across San Juan and up SJA, down to Fleet, up Williams Creek/J50 to West Jordan, a few feet down that to J40 and then things went from throttle induced adrenaline to hard work. We had more than a few branches and trees to clear. In fact we left a big (15″ ?) alder, as it was simply too big to cut with folding saws… otherwise the track is mostly clear.

The bridge-out “teacup” was full of snow, so the only option was the sketchy side track.

The snow started to cover more and more of the ground as we continued. We went past the trail that we tried to clear in 2017. There was no snow in the bushes, just on the track, so we covered a kilometer or more by sticking to the edges and pushing through the branches. We got up to about 875m, but the topo maps say we needed to get just past 1000m. At that point we were on the left edge of the track, but needed to take the right fork… which was at least 18″ if not 24+” of heavy wet snow.

As the picture shows, it was more than skidplate deep, which is where things get hard. Even standing it like this, Colin really couldn’t get it to move forward… in fact turning it around was a challenge. He ended up just pushing it over (towards the camera) to turn it around.

From there it was retreat to West Jordan, and south to exit at Muir, via Alligator.

I didn’t take many pictures, but I do have video, which I will try to get edited.

(Thanks Rob for the top/featured picture.)