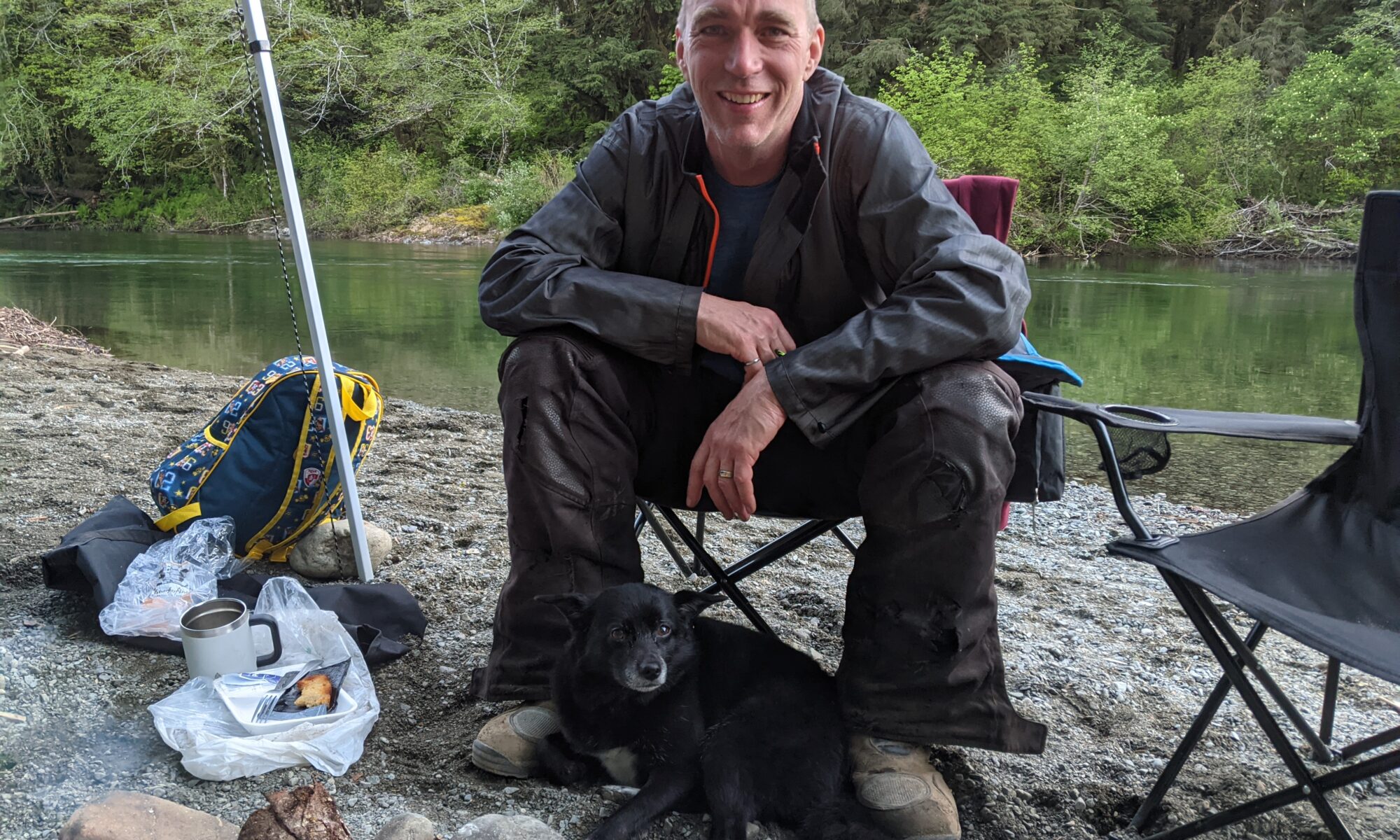 A big group, with some of the inevitable consequences. One ambulance, one flat tire, more mechanical issues. Lots of pictures, and maybe some good video (not by me though).

An unusual number of shots showing me, as I snarfed them from the group facebook collection.

Unfortunately, I don’t really have much after this. I limped into camp at the end of day 2 with yet another failed wheel bearing. This one was truly borked. I was willing to try to knock it out and swap it with the one from the other side, but it separated into bearing cage, inner race, and stuck in the hub — the outer race. No way I could remove that outer race, so all I could do was try to put it back together, fill it with grease, and hope it wouldn’t jam up and spin the bearing race while I limped out.

We did have cell service here. My fallback plan was to limp to Port Alberni, find some way home, and come back in the van for the bike. Another idea was to make a LIRC post asking for help (didn’t get to it). Instead Colin somehow sweet talked his dad into coming up from Youbou and meeting us at the Coleman / Bamfield main intersection with a trailer. I didn’t fully appreciate how much the bike/trailer would bounce, and as such the bike did shift and somehow managed to get the kickstand down, and then bounce on that until it broke… no big deal — pretty sure I can weld it up, and in any case I’d trade a kick-stand for a rear wheel any day.

Welding is done. Turns out Rob T busted both his side racks, and had already busted his kickstand in much the same manner… so there was more than enough cause to get the welder setup.

GPX track below. But it has some gaps as I was late to start the GPS on day 1 and 2, and of course my day 3 was truncated.