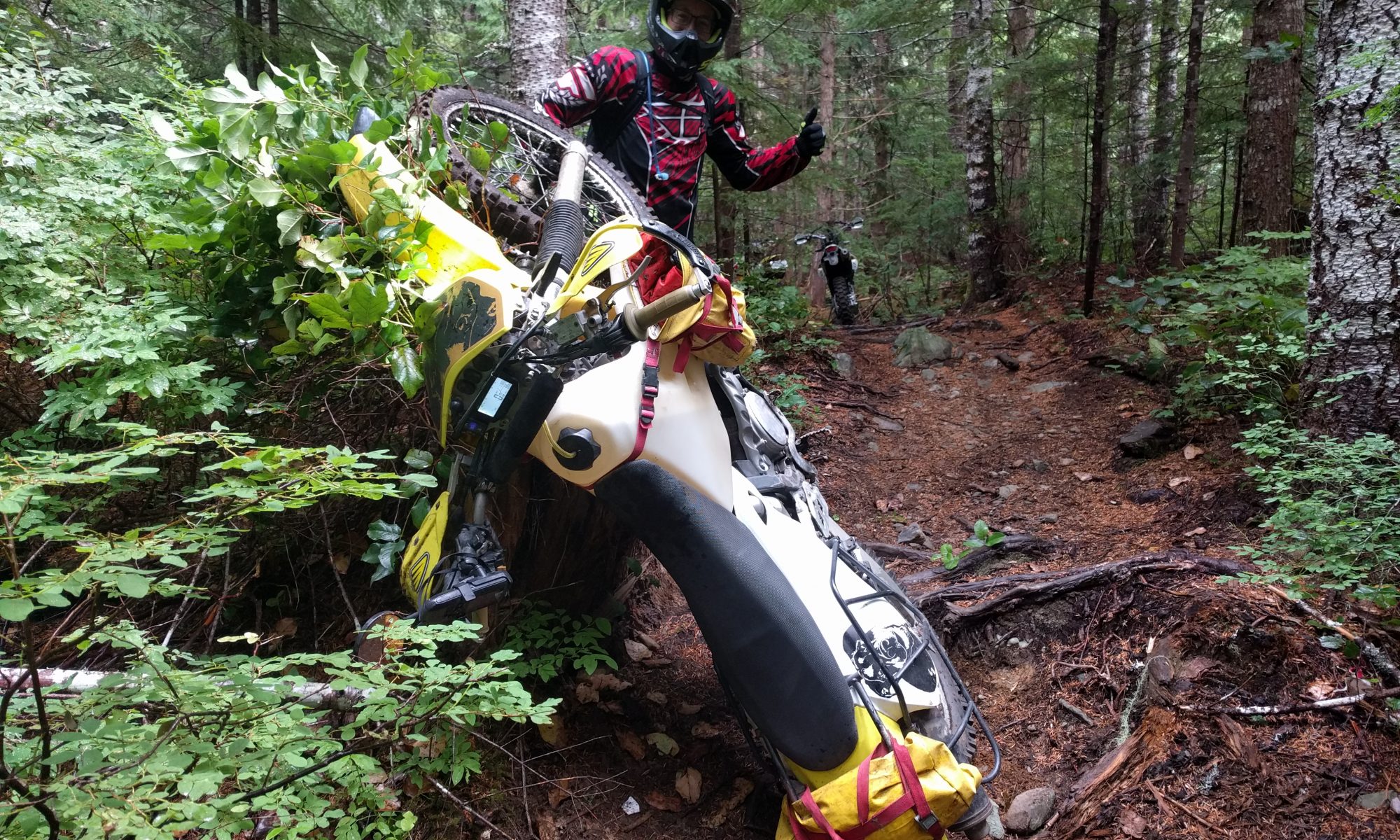 Thoroughly broken in, well maintained. Everything else is details.

The bad: high mileage, salvage title, has been abused.

Mileage is unknown, but it is high (100k km or more), I’ve put 50+k km on it (higher – FIXME), but it came to me with unknown mileage, seller figured he and his buddy had 16k on it, but we know nothing of the bike’s history when it got crashed and got its salvage title.

It came to me as a SM with a dirt front wheel, but I swapped in the E suspension from a kickstart bike I bought (softer, longer travel and probably in better shape, certainly made the potholes softer, although I do miss the bigger brakes). And over time I also installed the dirt carb and cams.

Why am I selling it? Because I can’t stand the stock close ratio 5 speed transmission. I spent $900 and lots of wrenching hours on the ACT wide ratio gearset, but the 3rd gear pair has failed on me twice (thus the rebuild), and I’m not inclined to try it a third time. So I’d like to get a 500 EXC, but it’s possible I’ll just settle for a 530 (earlier carburated version).

This is the bike I took in the 2021 whiskey creek hare-scramble (bonzai brapline).

2018 I took a ktm 640 adventure to Inuvik, so the big ride wasn’t on this bike, but it was a stressful trip (I promptly sold the 640), and I turned around and went to Molybdenite on the DRZ.