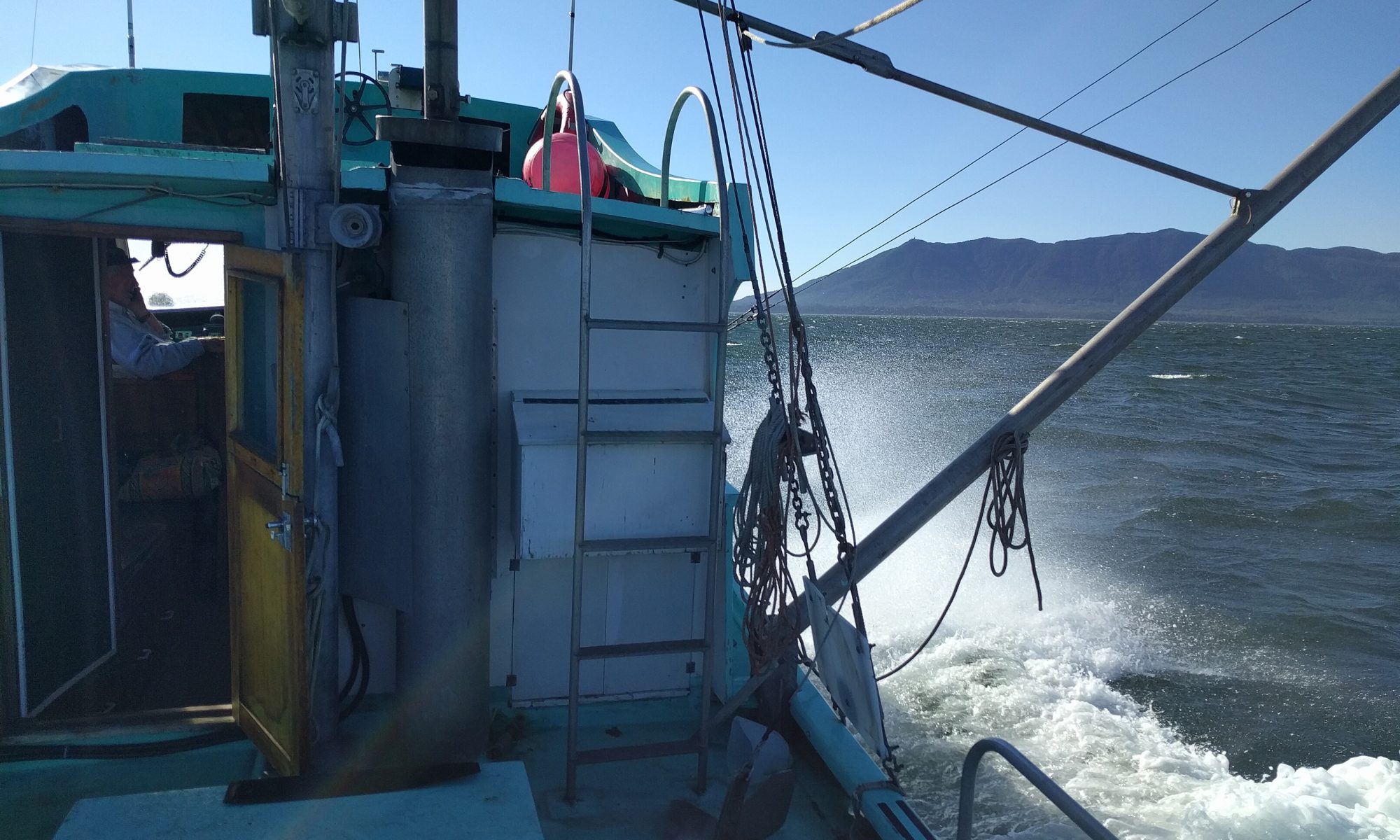 So, I finally got a chance to go up the west coast with my Dad (good), and I even got to take the motorbike (good). Unfortunately we were delivering the boat because health issues have pushed him into selling it (bad), but it is staying in the family as a cousin bought it (good).

It wasn’t a “cruise”, I was still on pager duty, and we had a loose schedule to stick to.

Tuesday (First night) was just moving the boat out of the shallow part of Sooke harbor and out to Whiffen Spit so we could get an early start (with the ebb, and hopefully the morning calm) for the long first day up past Pacheena Pt.

Wednesday. Underway around 0615, long day. Easy going up to Pacheena/bamfield. Stabilizers in there until we got into the broken islands. Neat place. Then into Ucluelet to meet Innchanter/ Shawn and Karen 2000 ish. Whales, sea otter?

I also managed to beg an old 2×10 plank from Shawn, which should make getting the bike off the boat easier (loading ramp).

Thursday. Slept in to 745. Foggy. Open water with a swell at 0930. Cleared 1130. Some neat passages. Ended day at Bacchante Bay around 1730. Zodiac up river mouth. I had quick swim. Visited neighbour sail boat. Pork chops at 2015. Lights out 2300. I can hear a waterfall, and there were some WEIRD bird calls. Looked like small brown loons, which yelled/screamed at each other until they were together.

Saturday. Up 0545, anchour up at six. Forecast is mixed, OK at Nootka, windy to south of us. Estevan reporting 15 knots. Light fog, steady five to ten gusting to 15-20. 0650 Just coming round into the slop. 1/4 mile vis. 0800 just turned northward off the SW tip of Estevan. Easy going with the stabilizers in. 0930, no wind, about two miles out of friendly cove. Very light slop.

Must have arrived at Friendly Cove shortly after 1000. Under way around 1430? Smooth running Around Bligh island. At lodge 1630? Trying to catch up on work at 1715.

I have video, I haven’t looked at it yet. Not sure why I didn’t take any pictures of the lodge :(.