So, I took the DRZ out for an off-road ride today, went up to Shawnigan (Mt Wood?).

It went fine. The bike was pretty good. The front-end is SO much lighter than the KLR nose that it isn’t funny. I may need to make changes to the handle bar position, since it felt hard to steer with the bars flapping around near my waist when climbing. Even with the super-moto (SM) suspension instead of the S suspension (SM = stiffer) the bike is good. Not as plush as I had expected, but very stable over rough stuff, and logs etc? ignore them!  I did drop the clutch at one point to lift the nose up onto a small tree that was about axle height… couldn’t do that on the KLR. Couldn’t do a lot of stuff I casually did for kicks today. It is almost scary how different the bikes make terrain feel. Stuff that I’ve written up as “I wouldn’t tackle this at the end of a day” on the KLR, is probably “this is starting to get interesting” on the DRZ. I’ll probably go back and revisit some of the stuff I couldn’t do on the KLR, that’ll be good.

And there’s a really good mix of off-road riding up in between shawnigan lake and the malahat. As long as you’re not looking for graded mainline, you should be able to find something to your taste. There _are_ some steep hills, if you want to avoid those, you may have to hunt/plan carefully… But I’ve been up there on the KLR at least once, and enjoyed it. Today’s track was NOT something I would have done on the KLR. The worst bit was the track beside the lake, it started fine, but shortly past the picture below it rapidly deteriorated into a muddy root covered “road”. The width of a road was there, but not the surface.

One real beef with the DRZ is the gas tank. I had to flip to reserve coming up the far side of the malahat (checked by going back to normal and the stuttering came back), and even so I could only put 7.5 liters into it ! :( No real idea what the bike gets for mileage … I’d expect it is similar to the KLR 5.2 to 6.5 L per 100 km depending on the type of riding.

The bike also isn’t much fun on the highway. 80 km/h is fine. Might get tiring after a couple hours, but the wind buffetting gets worse in a hurry as speed increases. I can’t imagine doing 120 for hours from Parksville to Campbell river on the DRZ… never mind that the engine would be turning 8000 rpm.

The seat, for the short distance I rode (100km) was fine. I bought a rear (top) rack, and strapped the tools on in a backpack… kept crowding myself on the seat (e.g. being pushed forward by the payload)… didn’t realize that you don’t use the front 40% of the seat. I sit way at the back, so even on that long seat, there would be no room for a passenger. That said, having something stopping you from sliding backwards made me less cautious with the throttle.

… I did try to get the bike to jump… with very little luck, getting the ass to jump into the air was easy, but that’s not what I’m looking for. Will have to read-up some more :)

And given that the KLR was the “light” bike of of Tony, Rick and Bob… I guess I’ll need to look for some new riding buddies for riding the DRZ with (or go solo).

Bought a tail-bag for the tail rack (and handguards) I got earlier today. In theory it shoud fit the tool  roll-up (just). Still need to look for a stock toolkit, or at least some way of undoing the axle nuts on the road.

I came out of the roads on the highway, down near the start of the climb up the malahat. This particular entrance/exit IS big bike accessible. The path I used going in is NOT. 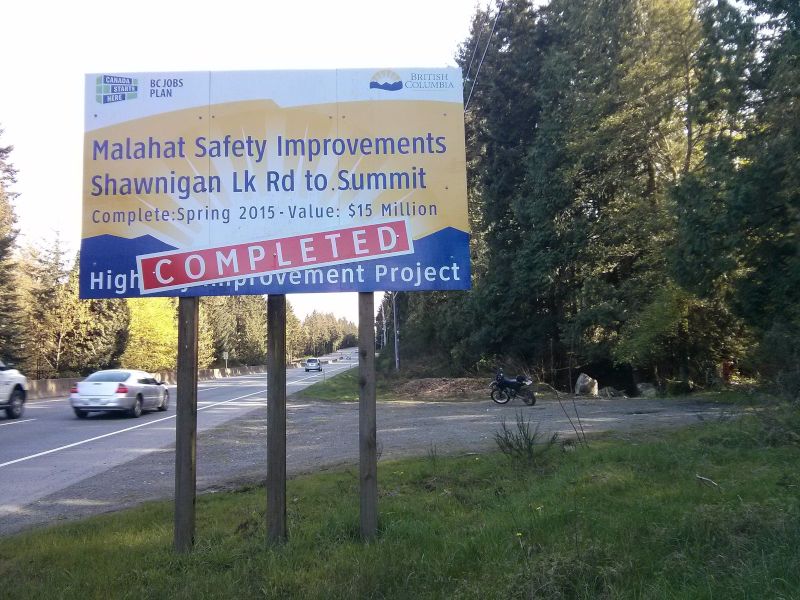 through the rocks to the two cedars … 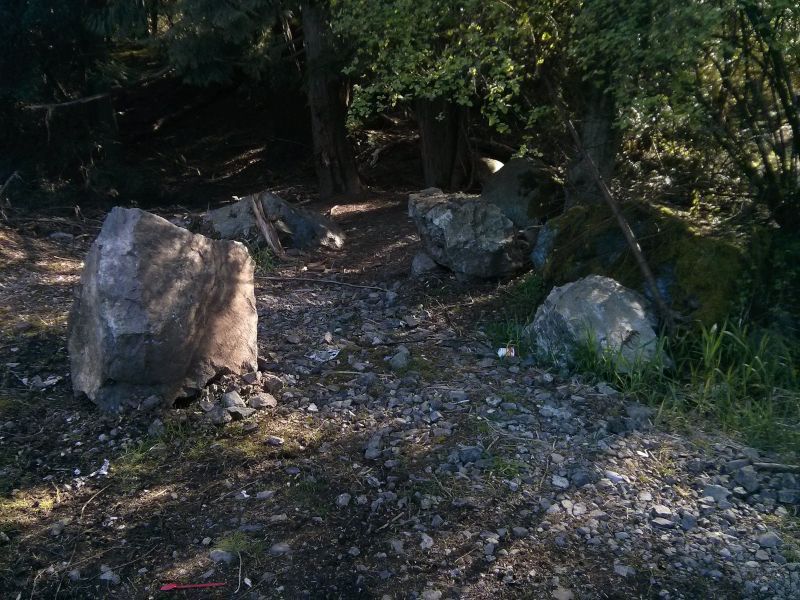 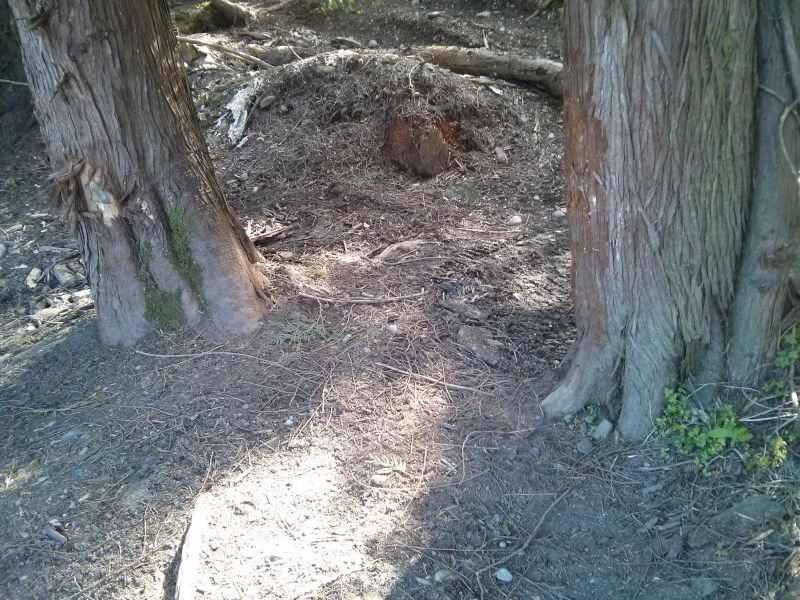 where you turn to the right and then go up a mild climb to the road behind the gate: 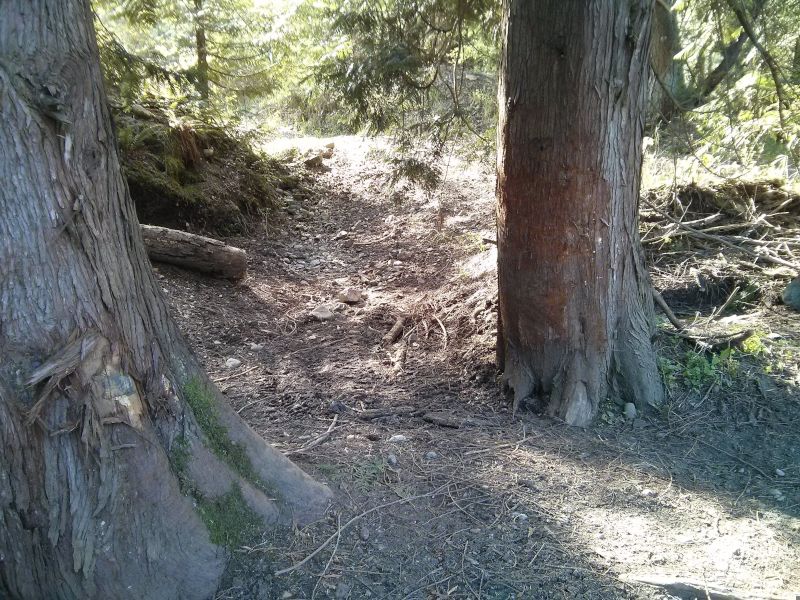 One of the nice parts of this access point is that it is quite near the power lines… which is to say some non-trivial road that feeds into quite a mix of other roads.