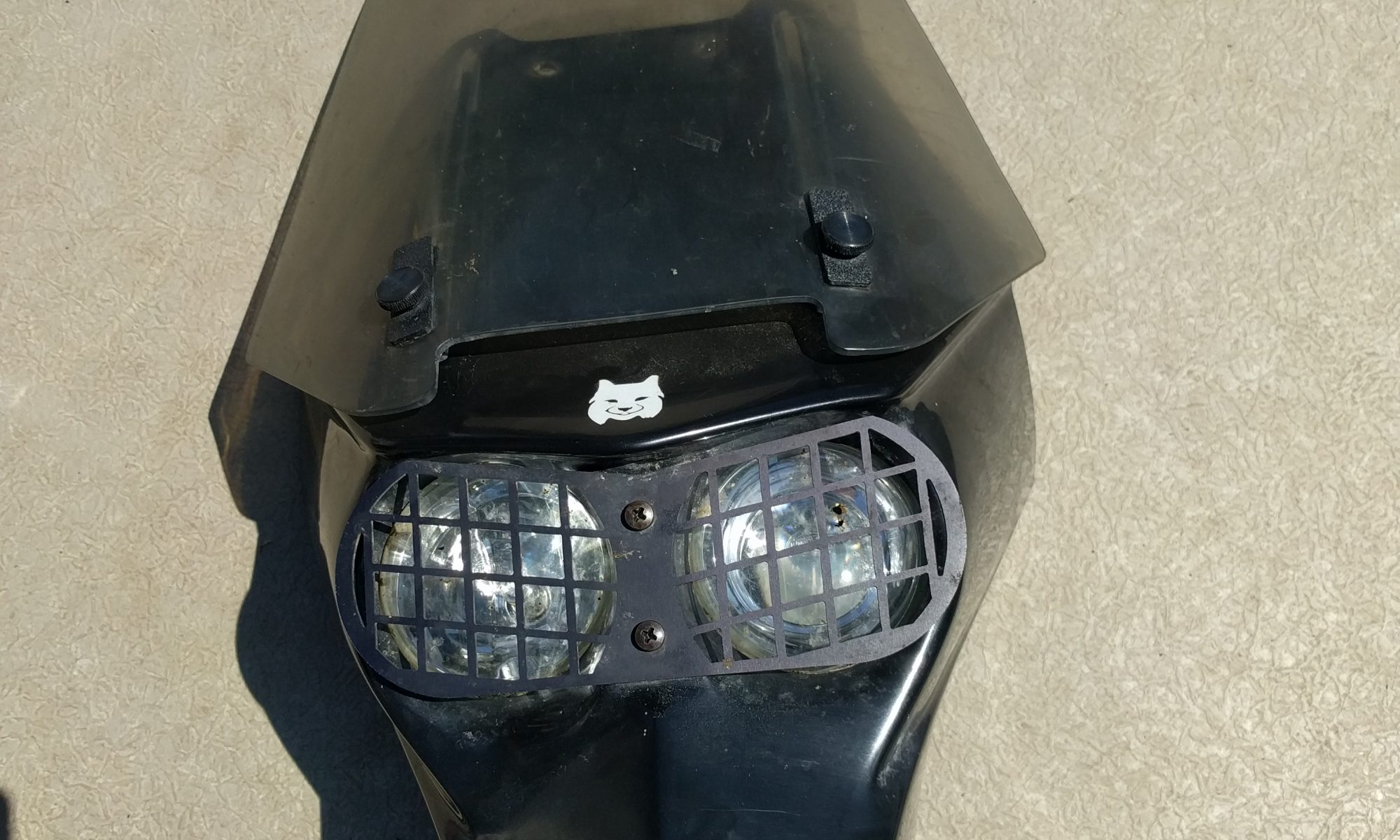 Need a place to put some comments and a pile of pictures. So this fairing came to me on a DRZ-400-SM that someone had done a great job of kitting out for ADV riding. Motor was knocking and needed a rebuild, and my plan was/is to return it back to a stock SM and sell off the extra bits.

Wiring was “interesting”. It was well designed, but the implimentation was not. The wiring used a separate power and ground connections to the battery, with the factory wiring (hi/low) just turning on the relays for the respective bulbs. Should be great. Unfortunately many of the connections were lousy, like the inline fuse that was melting the plastic fuse and which has fallen apart since I removed it from the bike. And one of the headlight connectors also has melted, and it’s possible the harness has been spliced (like another connector went bad?).

So this is the older model of the fairing, it came with 90mm Hella fixtures that would/could have used high powered halogen bulbs, but the ones in it only seem to be 65 watts. My plan is/was to replace those with LED bulbs and just run them off the stock wiring. Unfortualy the H4 to dual H9 adapter I bought is backwards (male / female at the wrong ends).