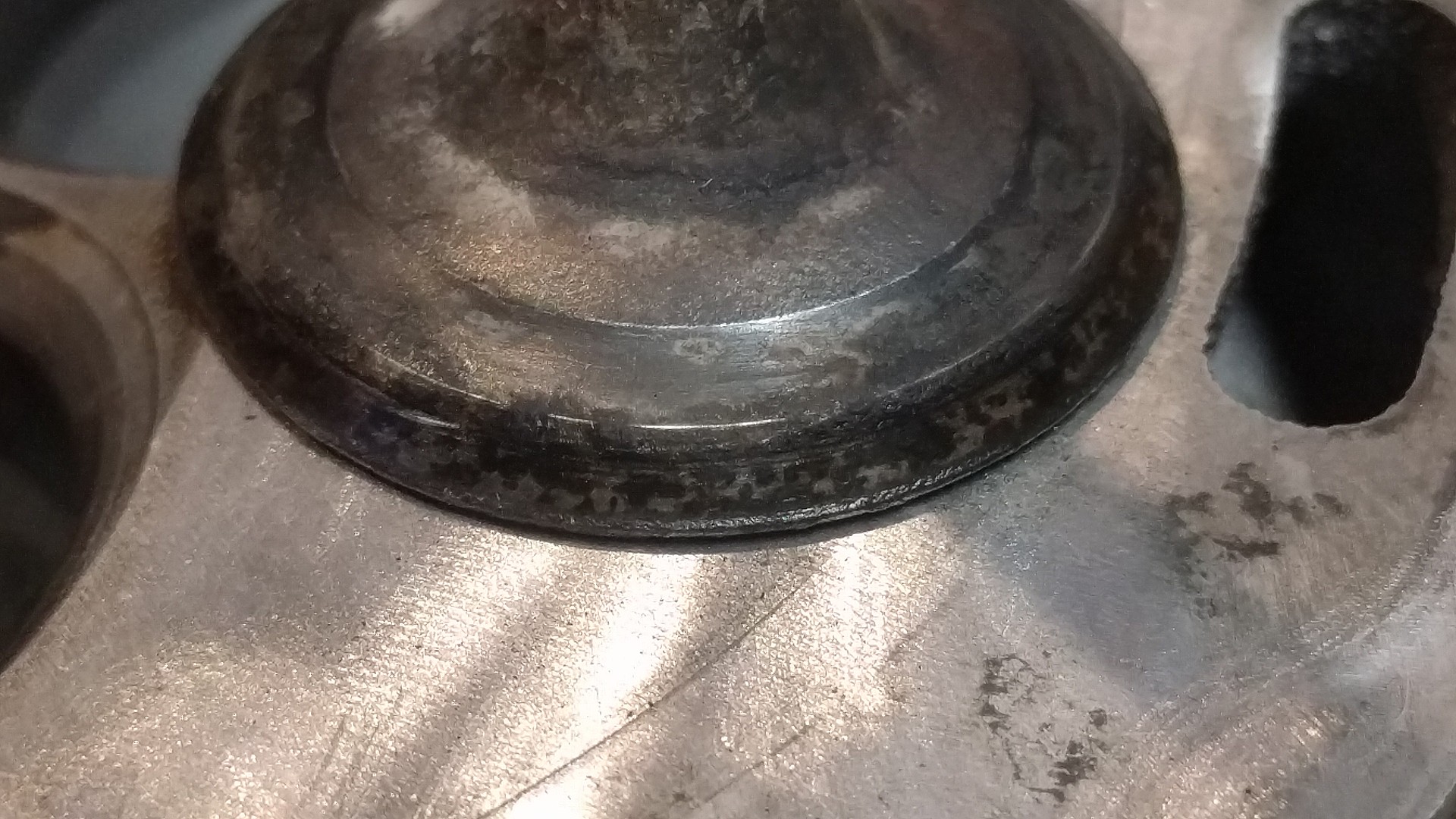 So, I dropped my bike in the sand on the last day of the Moab trip and did some real damage to it.

I washed out the front end while trying to maintain speed around a sandy corner… and it would seem the bike found a log buried in the sand. She went down on the left side, cracked the left radiator, and (unknown to me) disconnected the vacuum petcock. I don’t know if the line actually hit the sand or the tank shifted enough to pull it loose. Given that there are radiator guards on the bike, it must have been a fair hit to crack the radiator. Anyhow, the bike continued to idle while on the ground… with the vacuum line straight into the intake sitting there inhaling sand.

If I’d known we lost the vacuum to the petcock this probably would have been nothing more than a radiator leak, but with the petcock shutoff the bike obviously wouldn’t run once it sucked the float level down. (Running out of gas on the FCR carb is nowhere near as obvious as the stock carb due to the separate sump for the accelerator pump, and I was still new to the FCR then.)

We had a hell of a job wrestling the bike out of “Poison Spider”, which is a hard jeep trail. It wasn’t a particularily hard motorbike trail, but it was rough, and not something you wanted to push a bike through. I got the bike to run off the accelerator pump long enough for one hill we probably would not have been able to push the bike up… but otherwise it was James and I pushing, or James towing me on a very short tow strap.

That was f*cking scary and not something I want to ever do again. Normally the guy being towed can release the tow strap, but we didn’t have enough strap to setup that way, and James didn’t want to stop.

Anyhow, the point of this post was to show/save the valve pictures. I fired up the bike when I got home, and it seemed to run fine… but I wasn’t the least bit sure what/where the sand had gone, so I only ran it for a few seconds. A couple days later I went to start it again, and it wouldn’t run. I finally put the compression tester on it and it was only getting about 35 PSI.

From what I can tell, somehow sand got stuck between the valves and the valve seat. It probably would have just got chewed up and spit out if the bike had kept running… but no one can say that taking it apart and cleaning it wasn’t a good thing to do.

Anyhow, back to key2auto for another valve job. This head/valve combination went into the KLX-400 bike from Alex… since his head needed work (another story).