So, I lost the GoPro on yesterday’s ride with Joel… which means I pretty much had to go look for it.

I wouldn’t have ridden, but replacement cost for that camera would likely have been over $200, assuming I could find both the cash and an old GoPro to buy. $10 in gas seemed like a wise investment. :)

I saw a number of these… big birds, adult quaile sized? (Bigger than a crow, smaller than a raven.) Beautiful tail as shown. Will try to identify and get a better shot. This one was sitting in a dust bath in the middle of the track before I disturbed it. 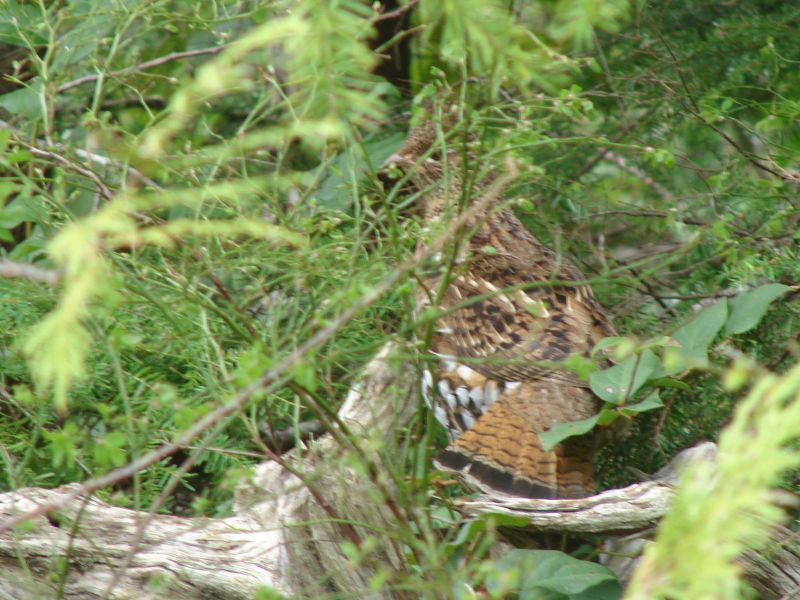 One of many splits in the spurs I explored. I was pretty sure I wasn’t going to find the GoPro, so I wanted to do some exploring so I’d get something out of the day. In this case, both forks dead end in the middle of the bush.

On the other hand, at least the right hand side of this split looks promising. It is up a steep scramble (probably dirt bike only) which is the last spur (on the right) before “the ford” on the Tugwell spur (Tugwell -> Muir). 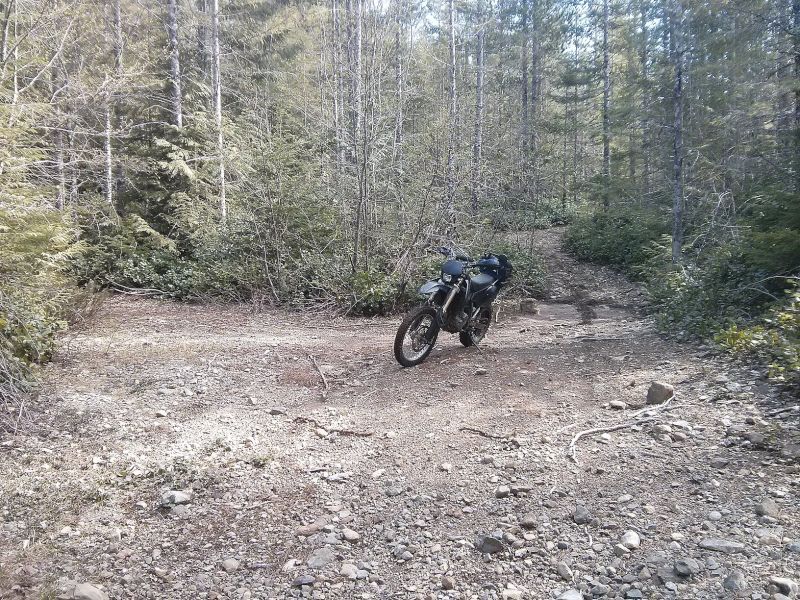 Speaking of “the ford”… it has pretty much dried up, it is WAY down from what it was when Tony and I crossed it two weeks ago.

And then, low and behold, in the middle of the track (fortunately, after we split from the path the quads were taking), a GoPro. 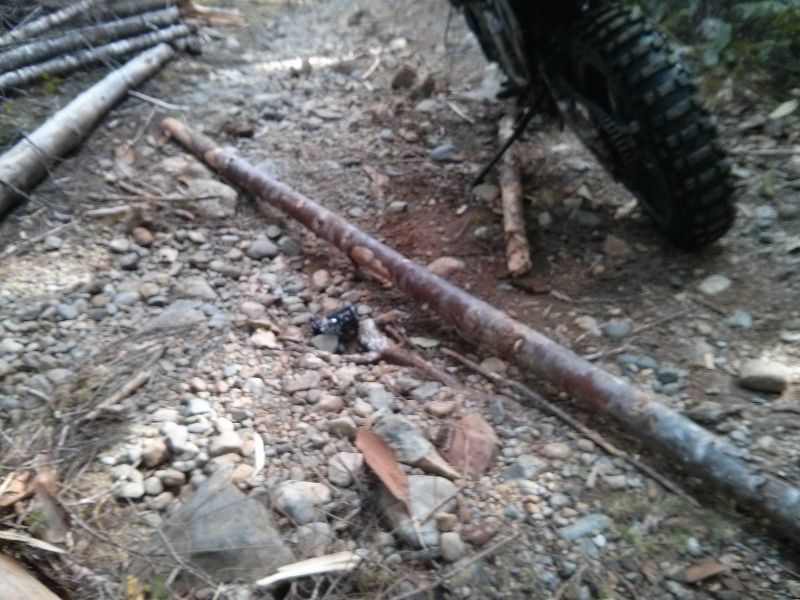 It clearly got knocked off by an overhead branch, not by my brushing up against something on the left. One of the two plastic latches that held it into the mount on my helmet is gone, camera and main case seem fine.

Here’s a shot from up on the W side of Muir Main, looking over Muir creek toward the hillside where the trail (from Tugwell) comes out onto Muir East. Sorry, should have taken this with a real camera (not the phone).

After finding the camera, I slowly made my way down Muir main, exploring some side roads (like the one leading to the above shot), and making my way toward the waypoint on my GPS marked “Hard Loop” … which is from Don’s Adventure Travels. Looking back, I wish I had just continued on my first detour (M6000?) it might have looped me into the far end of Kirby Main. Anyhow, I did get to the hard loop waypoint, and went into the bush there. There is a mess of trails in there, but a lot of them seem to dead-end. I got into one neat area that looked like very deep mud. I avoided the main rut, but the bike was sinking deep. Putting a foot down, it seemed like the tops of the ruts were firm (but slippery), so I ended up walking the bike through that mud pie. The mud was quite firm enough to hold the bike… just not the bike and me.

I did meet my match in there. A steep section of trail that I was both too tired and too intimidated by to try standing. I got the bike up it at least twice, but it kept standing on its tail, and I had to stand on my right foot due to the slope (no rear brake), and by the time the bike came back down, it was down the slope. The bike/coolant was also getting pretty hot (just under 100C)… so back tracked out of there, and made my way back to the mainline. A little more goofing around at the power-lines. I wanted to see if the DRZ would go up the steep sandy bit of that trail off the power-line access…. A) yes, no problem. Messing around in there I tried to “power pivot” the bike at one point. That went too well:

… the bike spun out from under me and picked up the above rock, which was surprisingly hard to remove.

That was pretty much it. I rode down the mainline, across the “Muir ditch”, and headed for home. Round trip was something like 160km, and 5:15 riding time … vs 200km and 5:30 with Joel the day before.

Radical thought: riding solo CAN be a better time to practice your technique. Riding with Joel was enlightening… watching him “teleport” the bike over a couple of small tree trunks a couple feet apart, wheelie over puddles and/or jump the bike just because he could… it is all stuff I’d like to be able to do, but trying to experiment with technique while you’re trying to keep up with (or ahead of) someone else… doesn’t work very well.Taking those demonstrations and trying to apply the techniques on a solo ride, lets me slow down, take the time to get a safer line, keep the bike at a good speed/gear for the technique, and/or back track if one piece of terrain has the features you want. Obviously, in a perfect world, you’d have a dedicated area, with an instructor watching, and an ambulance “next door”. But if you wait for things to be perfect, you might never even try a technique ! :(